A Day At The Museum - Speedway Motors Museum Of American Speed - 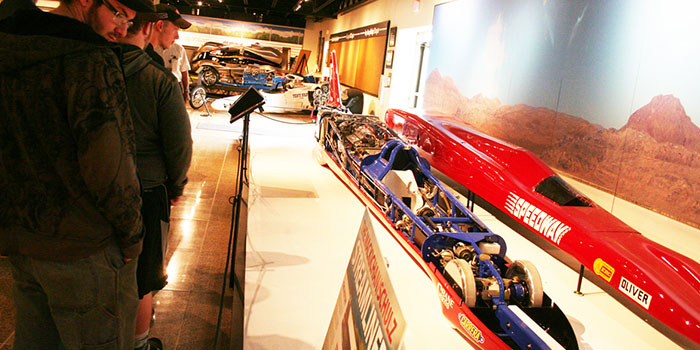 How did automotive technology get to the level it is today?

Some 60 students and their instructors were able to observe first-hand a century of high-performance auto evolution, as well as the present state of the art, and take a peek into the future, all on one field trip.

The students made the two-hour bus trip from their Southwestern Community College campus in Creston, IA, to the Speedway Motors Museum of American Speed in Lincoln, NE, to spend a few hours studying in a “classroom” filled with the most complete and diverse exhibition anywhere of racing cars, engines and related high speed equipment.

Most of the students are in the Auto Collision Repair/Refinish and Automotive Repair Technology programs, while six are high school students taking classes at the college in these departments.

The field trip was designed to provide the students the historic context for the fields in which they are aiming to find careers. “This experience goes further than any show, race or other related field trips they might take,” said Nile Cornelison. Retired from a career in automotive aftermarket businesses, Cornelison was instrumental in organizing the field trip along with officials and instructors of the college in his hometown.

“Much of the innovation you’ll see here was done by someone in their home garage,” Speedway Motors President Clay Smith pointed out as he welcomed the group. “Look around, see what they did, and think of how that might be done better with today’s technology.”

While leading the students through the museum’s opening display room filled with several dozen open-wheel race cars, the guides were able to point out the progression of numerous technologies first developed for racing cars that eventually transitioned into production vehicles. The monocoque construction of a 1915 Indianapolis racer made it more than 1,000 pounds lighter than its body-on-frame competitors and led, after many decades, to the unit body construction of contemporary cars. A Miller-Ford Indy car from the mid-1930s was designed with front-wheel drive to lower its profile.

One student remarked that the streamlined designs and smooth body contours of racing cars from “back in the early days still look futuristic today.”

“I had no idea superchargers went back that far,” commented another student as several exhibits demonstrated the development of different types of superchargers and turbochargers.

Dozens of restored engines trace the evolution of valvetrain engineering, carburetion and fuel injection, ignition and other mechanical systems whose development on the race track led to common, even universal, use in everyday vehicles. A unique exhibit uses produce scales to compare the weights of cast iron, aluminum and magnesium engine blocks.

One vehicle of particular interest is a streamliner that was driven at over 340 mph on the Bonneville Salt Flats and holds a record as the fastest racer powered by a single small-block Chevy engine. It was engineered and built under the supervision of John MacKichan, curator of the museum, who was on hand to explain some of the car’s details.

In a modern three-story building, the Museum of American Speed houses the lifelong collections of the late Bill and Joyce Smith. The couple started Speedway Motors in 1952 and built it into one of the largest suppliers of high performance, street rod and racing equipment. Speedway Motors President Clay Smith and Carson Smith, vice president, two of the Smiths’ four sons now carrying on the business, were on hand to greet the SWCC students.

The Speedway Motors headquarters is on the same campus with the museum, which allowed students to also visit the warehouse and observe the modern, computerized merchandise handling and shipping system – still another career path to consider in the automotive aftermarket. A guided tour of the machine shop on the grounds also exposed the visitors to the process of fabricating such items as hot rod frames and suspension components, race car rear end housings and milled aluminum gauge panels.

Jeff Magneson, SWCC Auto Collision Repair/Refinish instructor, said he received a lot of positive feedback on the way home from the field trip and as it was discussed later in class. “They really identified with the racing aspects of the industry,” he said. “It was all very positive.” One student noted that a job in the automated warehouse “was something he could be interested in doing.”

The museum provided a lot to absorb in a short amount of time. But fortunately, these 21st century students were technologically prepared. They had smart phones and iPads to record pictures and notes to study on the bus on the two-hour trip home!

John Lee is editor of the Nomad Post, a publication of the Chevrolet Nomad Association, in Lincoln, NE.

For student Shelby Woods’ perspective on the day at the museum, click here. 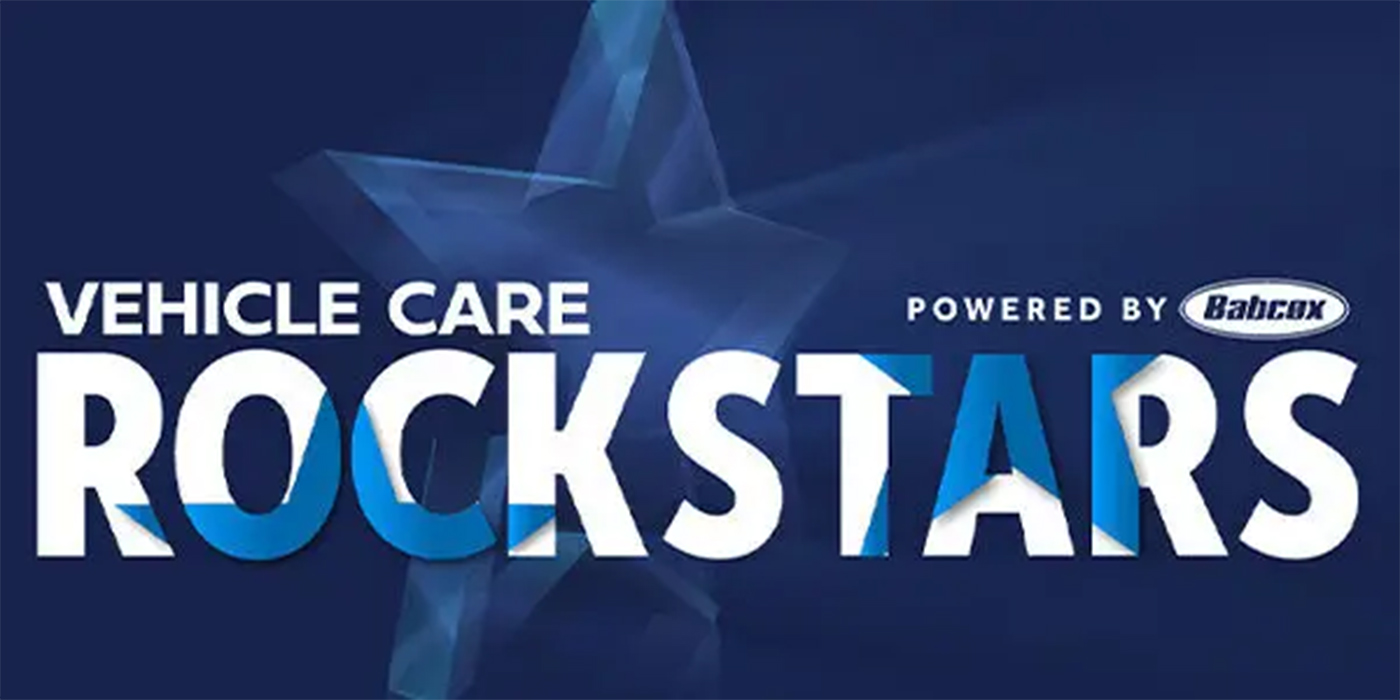 Here are the clues...

The easy-to-view Summit Racing special edition digital magazine is available to read and download for free. 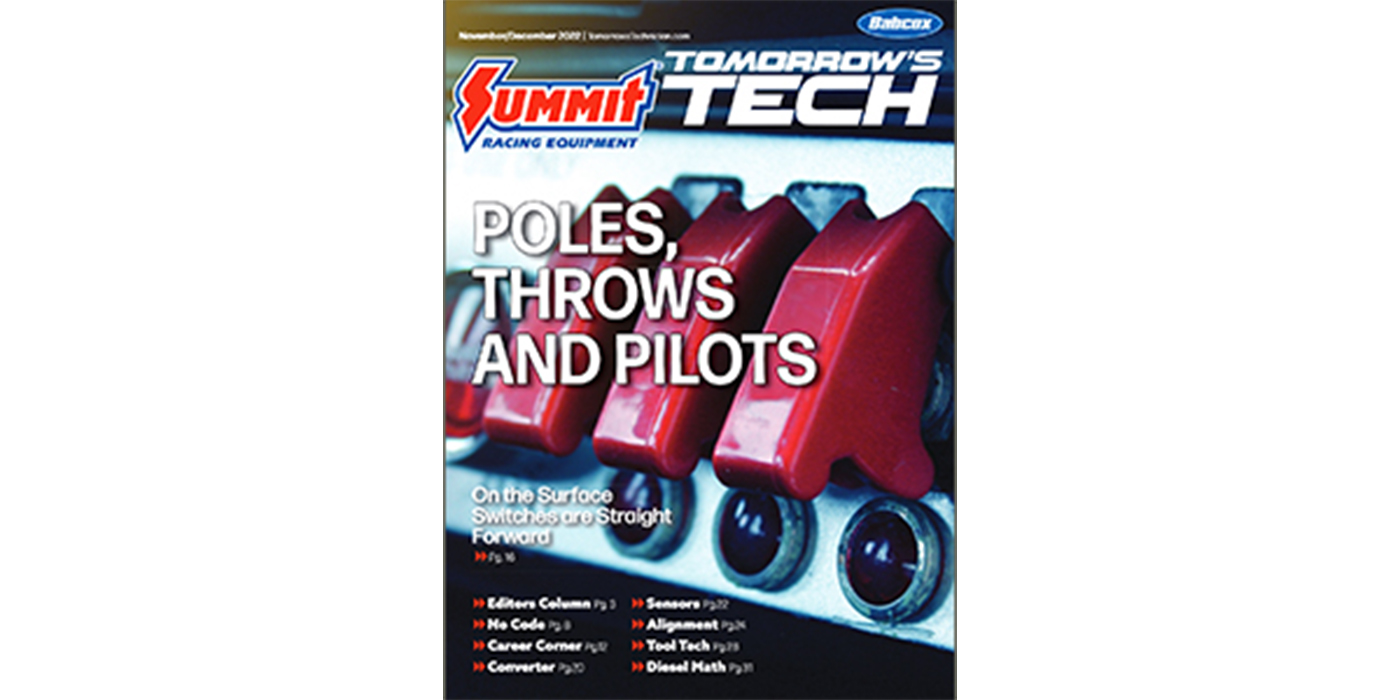