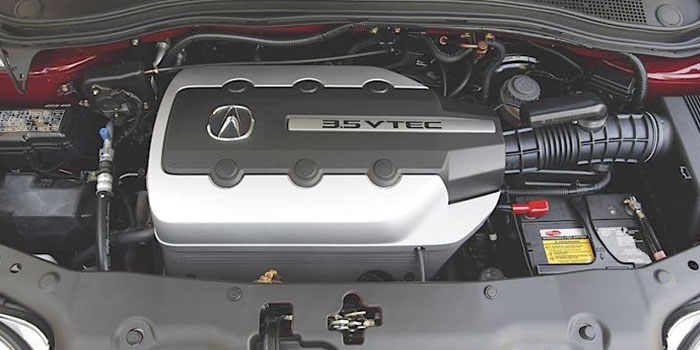 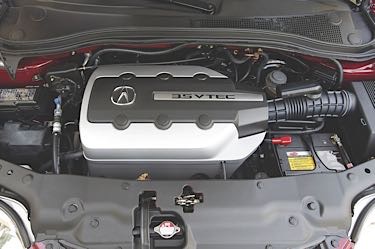 In this article, we’ll be looking at a 2006 Acura MDX that belongs to one of our long-time customers. This well-maintained, high-mileage vehicle has treated its owner well over the years, but it was getting older and with 150,000 miles on the odometer, it was causing some concern. Following a typical scenario, a new vehicle was acquired for the wife and kids, and the MDX was handed down to the husband to use as his commuter car to get to work, replacing the previous hand-me-down. When they asked our opinion about this plan, we were quick to encourage it, knowing the MDX still had some good miles left in it.

All was going well for the first few months until the cold weather set in and the MDX started stalling when cold. When the customer brought the car in, we’d get mysterious misfire codes with no reports of the expected poor-run complaint. The cold-start issue went like this: The car would start and stall a couple of times, then it would run well. The family was nervous since they didn’t want to make a big investment in the MDX, but, at the same time, didn’t want to buy another new car.

Normally when faced with a misfire code, your first thought would be an ignition coil failure, and many times you would be on the right track. Most of the time when you get a P0300 series code on a Honda/Acura, it will be a solid misfire with a cylinder identified. While not the most high-tech approach, we usually swap the coil from the offending cylinder to another and confirm the misfire follows the change.

With the case at hand, we couldn’t confirm the misfire or the stalling condition, so we had some detective work ahead of us. If you have read any of the other articles I’ve written over the years, you know I like to work with the new guys coming into the business, especially to review diagnostic strategies. This has paid dividends to the shop in improving the performance of these techs while letting the more experienced techs better evaluate their own level of knowledge/training.

The check engine light was illuminated when the MDX was dropped off. Without being able to duplicate the complaint, that stored data was very important in our decision-making process. I’m always reminding these young techs that the freeze-frame data is as important as the code information, so on this job, I made sure we would get it.

When reviewing the data, we confirmed that both the intake air and engine coolant temperature were similar at 18° F, and RPM was around 800 with no vehicle speed, so we knew the misfire codes were set at idle on cold startup. Combine that with our cold-stalling complaint, and we had the basis for our diagnosis. Using this information, I talked with the young tech who was on the job about what could be the problem and how we would tackle the repair.

The first part of the discussion took us down the path of a sticking idle air control valve. My tech was thinking that it might be a cam or crank sensor that was being affected by the cold weather. We were able to confirm the operation of the idle valve with the scanner, and there was no indication of a problem since there was smooth operation of the valve and we saw the expected response in engine RPM.

We also dismissed the idea of the sensors based on our experience with these vehicles and never encountering an intermittent problem in the past, or a faulty sensor that didn’t set a code.

At this point, we brought the discussion back to what would cause a misfire and stall condition when cold. I asked him to think about the basics and what was needed to produce good combustion. After some discussion, he zeroed in. He learned the valuable lesson that once you look past all the electronic controls, the basics needed for combustion — air/fuel (draw), compression (squeeze), ignition (bang) and exhaust (push) — still exist.

As the conversation continued, we talked about which of those things were most likely to be affected by really cold, ambient temperatures. I asked him if he thought it was possible that tight valve lash could be the problem. He looked at me and asked, “Why only when cold?” At that point, we talked about the different expansion rates of the components involved, and he agreed that the aluminum head would expand relatively quickly, moving the valvetrain away from the valve and creating clearance that wasn’t there when cold.

With a plan in hand, the tech pulled the intake and valve covers while I wrote an estimate and called the customer, who was a little hesitant given the situation. I was willing to adjust the valves on my gamble that it would take care of the problem.

I was pleasantly surprised to see that Honda/Acura had the foresight to include markings on the front camshaft pulley for proper cylinder location when making a valve adjustment; there is even an access hole in the cover. Knowing that the rear cylinders are 1-3 and the front are 4-6 makes it easy to get the engine where it needs to be.

But, there are a few things to keep in mind as you perform the service. Be sure to turn the engine only in the proper direction of rotation (clockwise). Of course, the engine should be cold enough to touch.

Making the adjustment is straightforward. First, slide the feeler gauge between the adjustment screw and valve stem. If an adjustment is needed, loosen the lock nut and turn the screw as required. Before moving on, be sure the clearance didn’t change when tightening the nut. When dealing with an engine where the valves tightened up, I go with the widest clearance specified to provide some cushion.

On our MDX, we found all the exhaust valves were tight, with a couple being so tight that we couldn’t get a 0.002 gauge in there. I’m pleased to report that the valve adjustment took care of all the issues with a good end result for all involved.

Having used this particular vehicle as a learning experience for the young tech, it was a little different than some of the other cars we have seen with tight valves. While our MDX ran better when warm than it did when we started, it was never very rough at idle and it did not exhibit any other symptoms when warm.

On the other hand, we recently had a Honda Element job that presented itself with a rough idle and a general poor-run condition at low RPM with no additional problems when cold. It did have a P0300 random misfire code, as well as codes for all the cylinders that set when the engine was cold. In this case, we had a consistent poor idle to diagnose. The first step with any poor-idle condition is to hook up a vacuum gauge to see where things stand. In our case, we were down around 11 in. and not very steady; that alone had us thinking about a valve issue.

Continuing with our low-tech diagnosis, we first checked for a sticking EGR valve by checking the temperature of the valve with our hand. (Be careful if there is exhaust flowing; it will be too hot to touch.) Next, we checked for a leaking intake manifold or other vacuum leak, but found none. From there, we figured it was an engine that couldn’t produce the expected vacuum rather than a leak.

I won’t go through all of the nuts and bolts of the job, as it is similar to the MDX except for crankshaft location. With a four-cylinder Honda, bring the No. 1 cylinder to TDC with all valves closed and with the timing dots on the cam gears straight up, and then adjust all the valves on the No. 1 cylinder. Following the fire order, bring No. 3 to TDC (piston up, cam timing marks at the three o’clock position), and then continue with cylinder No. 4 and No. 2.

We were lucky with both of these jobs that there was no valve damage as a result of the tight lash. What both of these engines have in common is that the valve covers don’t come off for any routine maintenance, which is when the valves would be adjusted. So, we make it a habit to check valve lash any time a cover is removed.

That leads to the question: Should we be recommending valve adjustments as part of a 90,000-mile service on these engines? Honda recommends adjustment only when the valves are noisy, but we know it is more harmful if they are quiet and tight. Currently, we aren’t recommending routine valve adjustments, but we are not hesitating to do so when faced with any symptoms that may point us in that direction.