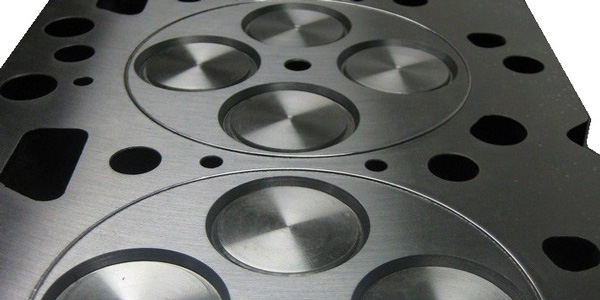 Diesel technology has come a long way, evolving from smelly, dirty, slow, workhorse engines to clean-burning, high-torque, high-horsepower engines that can give many gasoline engines a run for the money on a drag strip or race track.

Diesel technology has come a long way, evolving from smelly, dirty, slow, workhorse engines to clean-burning, high-torque, high-horsepower engines that can give many gasoline engines a run for the money on a drag strip or race track. Diesels aren’t just for towing or pulling anymore, they’re finding a niche in all kinds of performance applications from light trucks and passenger cars to race cars, boats and even airplanes.

One of the keys to bringing diesel technology into the 21st Century has been electronic engine controls. Replacing mechanical injection pumps and injectors with a high pressure common rail injection system allows today’s diesel engines to deliver better fuel economy, cleaner emissions and more power from the same number of cubic inches. What’s more, electronic controls allow turbocharger boost to be easily dialed up with the help of an aftermarket tuner tool. Change the boost settings and you can dial in an extra 50 to 200 horsepower with no other modifications needed for the engine.

But there are some issues with electronically-controlled turbos and tuner tools. One is that changing the factory tune will usually void the OEM warranty—even if the tune is later removed and the system is reprogrammed back to stock. Such changes leave a permanent record in the power-train control module’s (PCM) memory that can’t be erased. If a customer has an expensive warranty claim because his over-boosted diesel blew up or broke something in the drivetrain such as the transmission, dual-mass flywheel, clutch, driveshaft, U-joints, differential or an axle, the vehicle manufacturer will likely refuse to honor the powertrain warranty if they discover the stock tune has been altered or tampered with.

Turbo Tweaks Go Only So Far

Another issue with tuner tools is that they can only dial in so much extra horsepower. The boost pressure can be cranked up only so far before airflow exceeds the fuel delivery capacity of the stock injection pump and injectors. When that limit is reached, the only way to gain more power is to replace the stock pump and injectors with aftermarket parts that can deliver more flow and fuel. 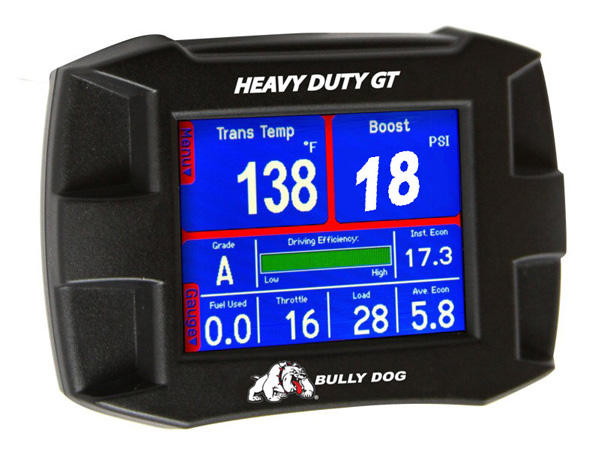 More power can also be gained by bolting-on a larger turbo, or going with a multi-stage turbo setup. It’s not unusual for some diesel race engines to be running over 100 pounds of boost pressure, plus methanol or propane injection (additional power adders). Add it all up, and a stock diesel engine that once made 300 to 400 horsepower might be sending upwards of 1,200 to 2,000 horsepower through the drivetrain to the rear wheels!

As power goes up, so do the loads on the engine’s internal components. Stock diesel cranks are fairly stout and can usually handle 2X and sometimes as much as 3X stock power levels. Beyond that, you’ll have to invest in a stronger aftermarket forged crank or billet crank to keep the bottom end together.

If an engine is being modified to spin more than 4,800 RPM, replacing the stock harmonic balancer on the front of the crank with a performance balancer is highly recommended—especially if you expect the crank to last. Crank balance also takes on added importance as RPMs go up, so a good balance is an absolute must for a performance build.

The stock rods are another weak link that will have to be upgraded as power output goes up. Powder metal rods can’t handle the loads or RPMs that many modified engines are capable of producing. Upgrading to stronger forged steel or billet rods is a must, especially on GM Duramax and Ford Power Stroke engines.

Better pistons are another upgrade that’s usually recommended. Stock cast pistons can take quite a bit of abuse, but for highly modified engines they lack the strength of forged or billet pistons. The one advantage stock pistons have over forged or billet is that they can accept a steel upper ring land to prevent top ring wear. Forged or billet aluminum pistons, even when anodized or coated, can’t provide the same degree of wear resistance as a cast piston with a steel insert. For short-term use like drag racing or pulling, it probably doesn’t matter. But if an engine is going to run a long time between rebuilds or will be driven many miles on the street, then steel pistons may be the only way to go. Steel is a much stronger metal than aluminum (cast, forged or billet), and can be made almost as light so the weight difference is minimal. 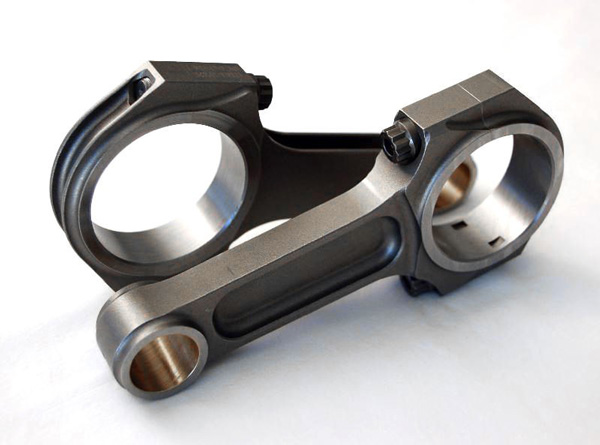 One innovation that’s often made on performance diesel pistons is to “de-lip” the bowl area of the piston to improve reliability. The lip around a stock combustion chamber is there to create swirl and redirect air back towards the center of the bowl, but the lip can also become a hot spot around the combustion chamber, increasing the risk of cracking and piston failure.

Piston coatings have come a long ways in recent years. These innovations include anti-scuff coatings for piston skirts, heat reflective ceramic/metallic coatings for the top of the piston and bowl area to reflect heat, hard ultrathin PVD coatings for wrist pins to reduce wear, and heat dissipating coatings applied to the underside of the piston to help cooling. Take advantage of these coatings to provide extra protection and durability for the diesel engine you are building.

Stronger aftermarket head bolts, rod bolts and main cap bolts are also a must to help keep things together as power levels go up. To keep the head sealed to the block, a set of performance aftermarket head gaskets or even copper gaskets with O-rings may be needed to contain compression in a modified diesel engine. Installing a girdle on the bottom of the block to support the main caps can also add much needed strength.

Turbochargers can generate a lot of boost pressure to force air through relatively small intake ports and valve openings. Most stock diesel heads are designed for low RPM torque so the port volumes and valve sizes are small. Cranking up the boost pressure can push even more air through these restrictive openings, but eventually the point is reached where the stock head won’t flow more air without some major modifications. Consequently, the head becomes the bottleneck that limits the power potential of the engine.

The same porting tricks that work on gasoline heads to improve airflow also work on diesel heads. Enlarging the intake and exhaust ports, raising the ports, changing the contours and angles of the intake ports to give the incoming air a more direct shot at the valve opening, and blending and smoothing the valve bowl area with the valve seat opening can improve flow in an otherwise stock head. Installing larger diameter valves and seats can also increase airflow, as can multi-angle valve jobs.

Because fuel is injected directly into the cylinder in a diesel engine, and because the combustion chamber is recessed into the top of the piston rather than the cylinder head, swirl is a critical factor in squeezing the most power out of every injection. 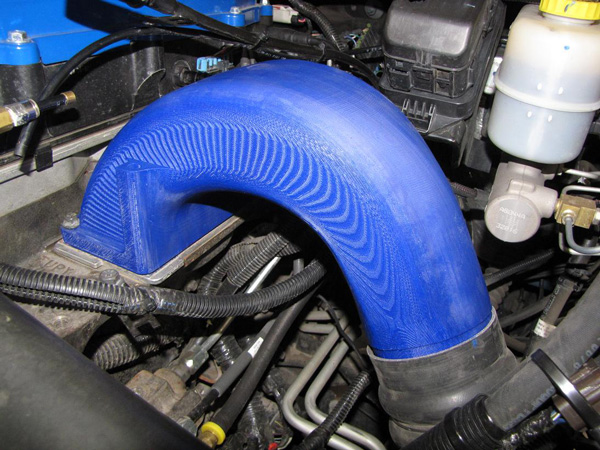 In recent years, aftermarket performance cylinder heads have become available for various Cummins, Duramax and Power Stroke engines. These heads can make a real difference in how much power the engine makes. One aftermarket supplier of cylinder heads for GM Duramax applications says its bolt-on head for 2001 and up engines is good for an additional 50 horsepower using the stock 33 mm intake valves and 31 mm exhaust valves. With larger 36 mm intake valves and 35 mm exhaust valves, as well as some extra porting work, the heads can deliver 120 more CFM over the stock GM heads, which can add another 200 to 300 horsepower. The same heads can also be tweaked even further with 38 mm intake valves and 37 mm exhaust valves for even more flow—but with the larger valves the cylinders have to be bored to oversize to clear the valves.

Stock GM Duramax heads typically reach maximum flow at about 0.300” of valve lift, so additional valve lift doesn’t accomplish much unless the heads are CNC ported or replaced with higher flowing aftermarket heads. It’s the same story with most diesel heads. You can only accomplish so much with the stock heads before you have to CNC port or replace the head to make more power.

Replacing the stock intake manifold with an aftermarket custom intake manifold can also improve airflow fore more power. The upper manifold on a stock Cummins can be restrictive, so replacing it with a smoother flowing manifold. To increase air velocity, some manifold designs have internal vanes to redirect airflow into the head. Just make sure any intake manifold you install has the strength to handle the peak boost pressure created by the turbo, otherwise you may end up with a lot of shrapnel under the hood.

Exhaust gas recirculation (EGR) has been a dirty word with diesel owners. EGR reroutes some exhaust gas back into the intake manifold to lower combustion temperatures when the engine is under load. EGR is required to reduce oxides of nitrogen (NOx) emissions, something which diesel engines produce a lot of compared to gasoline engines. The trouble with EGR is that is also raises intake valve temperatures and promotes the formation of carbon deposits in the intake manifold, valve ports and intake valves.

For street applications, EGR is required if the engine came factory-equipped with it. It is an emission control device and must not be removed or disabled on a street driven vehicle says the EPA. But for racing, EGR isn’t needed.

Opening up the exhaust is another common trick that many diesel owners use to gain a few more miles per gallon and a little more power. The first thing they do is jack their truck up, pull off the catalytic converter, particulate trap and stock muffler, and replace them with straight pipe and an aftermarket performance muffler. The also disconnect the diesel exhaust fluid (DEF) system since that is no longer needed.

Exhaust modifications are still allowed for “race only” or off-road vehicles, but not for street driven vehicles. The EPA says emissions tampering is illegal. They recently tried to ban any emissions modifications on production vehicles modified for racing, but had to back down after public uproar forced them to reconsider their over-reaching decree. The aftermarket won that battle, but it will likely be an issue that reappears in the years ahead.

Do such illegal modifications to the exhaust emission controls really improve fuel economy and power that much for everyday driving? Some claim it’s good for 2 to 3 more MPG and some extra power at the rear wheels. Even so, we would encourage diesel truck owners who use their vehicles for everyday driving to follow the rules and leave the emission components in place.

For serious race-only pulling, drag racing, road racing or off-roading, emissions are not a big deal because the run time and miles driven are insignificant compared to everyday driving.

Advertisement
In this article:diesel, engine 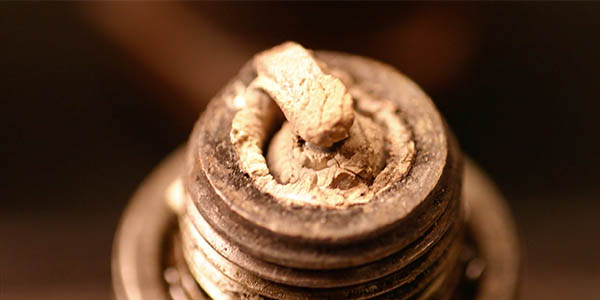