Aluminum Use In Vehicles Growing At 'Unprecedented' Rate - 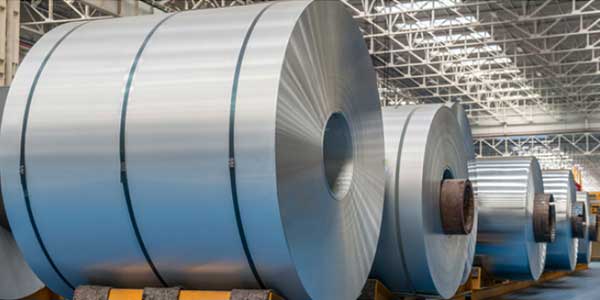 Demand for aluminum in vehicle production is surging. For the second year in a row, aluminum shipments for use in passenger vehicles hit a record level, as producers in 2016 shipped 5.9 billion pounds of aluminum to automakers in North America.

Those numbers from the Aluminum Association are part of a long-term trend. The aluminum content in North American light vehicles has risen steadily from 84 net pounds per vehicle in 1975 to 397 pounds in 2015.

“That is the highest growth rate of aluminum in automotive applications in the history of the automobile,” Kaiser Aluminum executive Doug Richman said during a presentation at the Society of Collision Repair Specialists’ OEM Collision Repair Technology Summit in Las Vegas. “It’s unprecedented.”

Much of that growth will come from closures, Richman explained.

Today, about 44 percent of North American vehicles have aluminum hoods; by 2028, nine in 10 vehicles will have them.

“Almost every OEM that we work with has an all-aluminum door or a majority-aluminum door in development today, and many of the Tier 1 suppliers have their own designs that they’re proposing,” said Richman, who also is chairman of the Aluminum Association’s Technical Committee.

Aluminum content will increase in the vehicle structure as well. By 2028, about 25 percent of the North American production fleet will have a multi-material body-in-white, according to the Ducker survey. With the exception of the Ford F-150’s all-aluminum body-in-white, “the multi-material vehicle is the future,” Richman asserted.

“I can assure you that every single one of the programs my organization is working on is a multi-material body-in-white,” Richman said. “Steel, aluminum and to some degree magnesium and composites are being deployed.”

For collision repairers, that could present some challenges, as “you have no idea what the real underlying material is,” Richman said.

“Always go to the OEM’s specifications, and do not get creative,” Richman recommended. “Do what they say.”

Aluminum is playing a major role in the OEMs’ ongoing push to make vehicles lighter, which is part of their effort to meet the corporate average fuel-economy (CAFE) regulations. 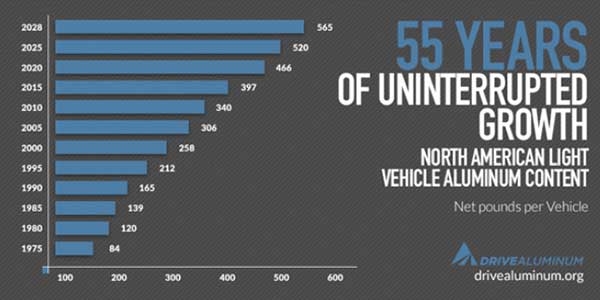 While aluminum’s share of vehicle curb weight is expected to climb to 16 percent by 2028, average vehicle mass is projected to drop from 3,835 pounds in 2015 to 3,565 pounds by 2025. According to the Ducker study, over 50 percent of that mass reduction will come from increased use of aluminum.

However, Richman asserted that lightweighting is only part of the aluminum story. He noted that the OEMs are finding that aluminum provides a number of positive “critical-to-customer attributes” such as improved safety, braking, handling and ride.

“We’re now in a period where program plans and capacity expansions are being put in place to support 12 pounds per year of annual [aluminum] growth,” he concluded. “For my industry, that equates to about 3 or 4 billion pounds of capacity, and that equates to over $10 billion of investment in sheet capacity. So this is a major growth spurt for the industry.”