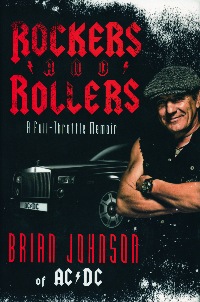 By night, Brian Johnson sings in one of the biggest rock ‘n’ roll bands on the planet.

But by day, AC/DC’s charismatic, flat-capped frontman gets to indulge his passion for all things automotive.

Car racer, car collector and all-round car enthusiast, Johnson is an incurable and certifiable petrolhead who can’t remember a time when four wheels didn’t feature as large in his life as music.

In ROCKERS AND ROLLERS: An Automotive Autobiography, Johnson shows just why cars and rock ‘n’ roll were made for each other.

Johnson shares thoughts on cars, racing experiences and celebrities including:

• Racing against (and eventually defeated by) Paul Newman in the 1992 Cleveland Celebrity Grand Prix;

• His great love and first race car: the Lotus Cortina Mk1; and 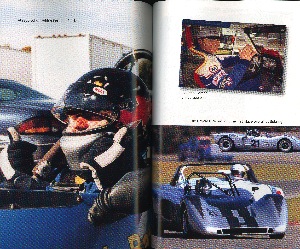 • Why he thinks “Pimp my Ride” is the most ridiculous TV show ever made.

From teenage memories in the backs of beat-up coups to a side career as a racecar driver, Johnson shares his tantalizing life story — a memoir told through his lifelong love affair with cars.