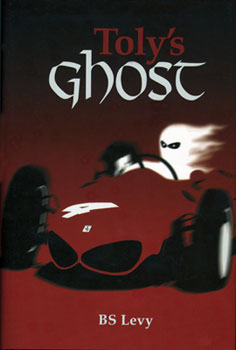 As with Levy’s other novels, it is the characters as much as the cars that drive the action, all set against the backdrop of a blissfully less politically correct America of the late-1950s and early-1960s that seems almost unfathomable today.

Levy mixes Palumbo’s wry, infectious and streetwise sense of humor and winking observations of human nature with carefully researched historical accuracy and a rare, insider’s understanding of the world of cars and motor sports.

Other books in the series include:
• The Last Open Road
• Montezuma’s Ferrari
• The Fabulous Trashwagon

Note: A fifth volume from Levy is in the works, tentatively
entitled The 200 MPH Steamroller and is expected to be released later this year.

To order Toly’s Ghost, or any of The Last Open Road series, or for more information on Levy, visit www.lastopenroad.com.