In February, Cal Poly engineering students showed off their fuel-efficient prototype vehicle to Kevin Harvick, driver of the No. 29 Shell-Pennzoil car. The team, which built a vehicle that can travel up to 1,902.7 miles per gallon using conventional fuel, won the 2007 Shell Eco-marathon Americas challenge and will be back at this same track in April to compete in the 2008 event. 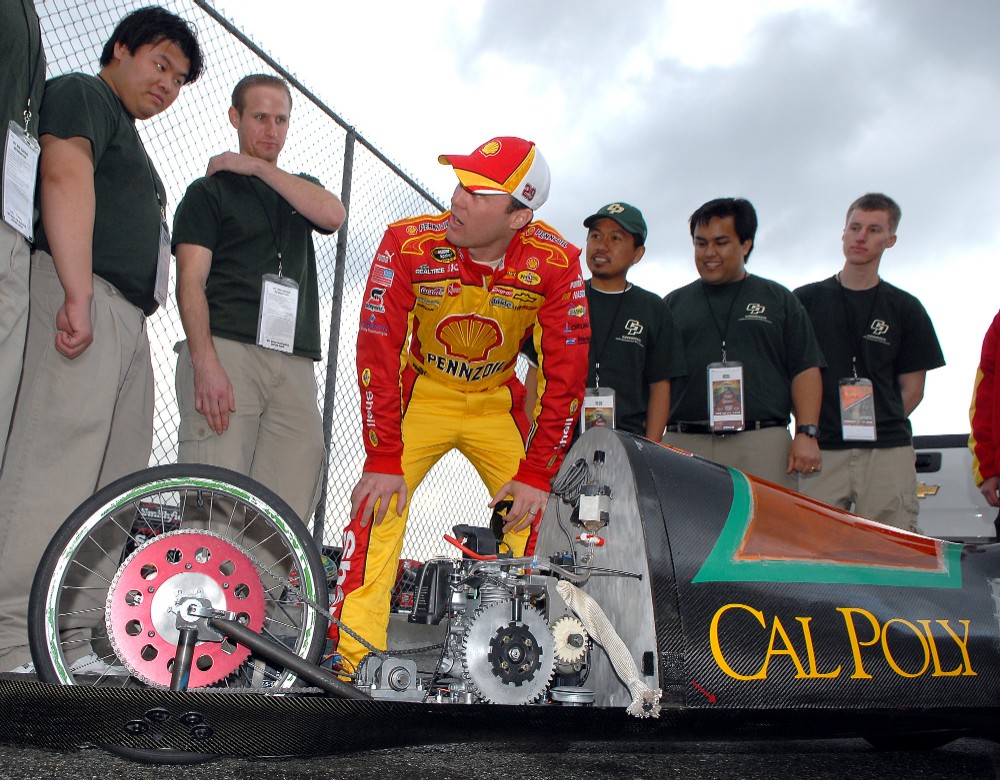 During a photo-op at the California Speedway, Harvick recognized the team from Cal Poly, San Luis Obispo, for demonstrating that vehicle engineering is just as important as driver performance when it comes to winning races and setting records.

The prototype was built for the Shell Eco-marathon Americas challenge, in which college teams attempt to travel the farthest distance using the least amount of fuel. Teams compete using prototype vehicles fueled by conventional or alternative fuels or energy sources. The winning team’s school receives a $10,000 award.