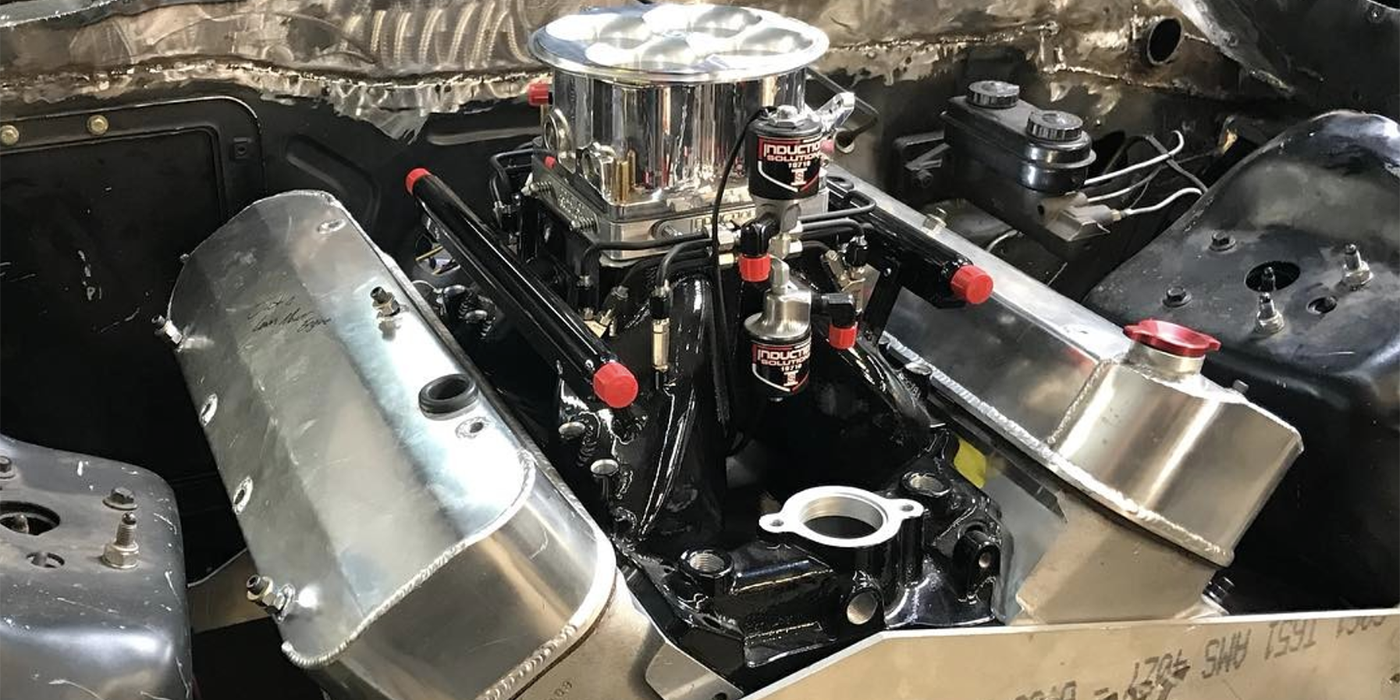 The 1999 Trans Am’s LS was replaced with this new 582 cid big block Chevy. Find out what went into the build!

Since 1993, Doug Roden’s mission has been to exceed customer’s expectations for performance, quality and value at his Midwest engine shop, Legend Racing Ent. Striving to build the fastest of the fast and the best of the best, the shop has had its share of race winning builds and record setting engines. And Doug hasn’t done it alone.

Since the early 2000s, Doug’s son Steve Roden has also been involved in the Schaumburg, IL business. For nearly 30 years, Legend Racing Ent. (LRE) has provided engine building and a full machine shop for anything from blue printed restoration engines to full-blown competition engines. LRE is also a full-service speed shop as well as able to build a car from front to back.

The shop and its capabilities grew to the point that in 2018, they decided it was time for more room and a second location. It came in the form of FTR Performance, located in Union Grove, WI.

“In February 2018, we decided to expand our operation into two locations, doubling our square footage to better serve our customers,” Steve says. “The Schaumburg location will continue to be home for all engine building and machine shop work, as well as general muscle car upgrades and repairs. The Union Grove location will be home to our larger projects, fabrication needs, and competition division. We will offer transportation services to and from both locations to make it easier on our customers as well. FTR Performance is a subsidiary of Legend Racing Ent.”

According to the Rodens, the name FTR Performance came simply from their logo, ‘Fear the Rat.’ “We want to help our customers build a reputation of being feared when they pull into the track,” he says.

With everything from muscle cars and race motors to GTOs, Chevelles and Tri-Five cars, Legend Racing can do it all with a complete machine shop and engine building services. One of the cars the shop recently had in for a new engine was a ’99 Trans Am owned by Steve’s cousin Jim. The Trans Am project car is lovingly referred to as Big Booty Judy or Whitney Houston.

“The car has been in hiding for a little while now, but 2019 is the year it returned,” Steve says. “As we transitioned the car to a big block from the stout LS it previously had, we also had to fix some cosmetic issues.”

The new combo is a 582 cid big block Chevy being built up with Brodix cylinder heads, an Edelbrock Super Vic manifold with Induction Solutions dry nitrous and EFI conversion. The new engine will also have an LRE custom solid roller camshaft, 14:1 Diamond pistons and a Callies crankshaft and Callies connecting rods.

The shop is also still utilizing a PTC converter, a TH400 transmission and the Madman suspension from the prior build, but will be building a new, custom set of headers.

With the new combination ready to go, Steve says he can’t wait to see the Trans Am and it’s 582 cid big block Chevy engine back on the track!

Diagnostic Strategies For Stop/Start Systems
Advertisement
Connect with us