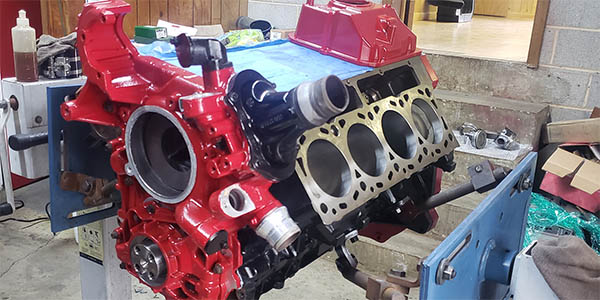 Kody Garrison said the 6.4L Powerstroke is his favorite engine.

With a dad who owned a tow service, junk yard and a shop, Kody Garrison began tinkering on all sorts of automobiles at an early age. Kody would fix up cars and trucks that got abandoned at his dad’s business and it didn’t take him long to know that one day he too would work in the industry.

“I’d pick stuff out of the junk yard and tinker with it and get it running,” Garrison says. “From there, I went to one of the UTI schools and got certified to be a Ford technician. I jumped around to a couple different Ford dealerships and went straight into diesel from there.”

After jumping around to a couple different Ford dealerships, Kody and a buddy decided it was time to open their own shop.

“I left Ford and went straight into that and actually did really, really well,” he says. “We outgrew our shop within the first year. Then, we were setting up in a new location and one of the lifts we were setting up fell and it fell on [my business partner] and cost him his life. The business never really yeehawed after that, so I branched out to do my own thing.”

“When it comes to diesel, we do all of it,” he says. “Everybody here locally knows my Ford background, so I usually end up doing work on all that stuff. I’ve also got probably one of the best Duramax mechanics here that I know, so everybody comes around for the Duramax stuff. We don’t do a whole lot of the Cummins, but we have had several big jobs, so it’s pretty well spread between those platforms. It depends on the week. One week it’ll be nothing but Fords and then the next week it’ll be nothing but Dodges. It’s pretty diverse. We do everything from general maintenance and repair to high-end performance stuff.”

KG Diesel Performance’s shop is made up of three different buildings. The shop has one building with two bays as well as a big, open area that used to be an old Model T dealership years and years ago. The third building is a four-bay set up that used to be the old, local fire department.

One of Kody’s favorite engines to work on is the 6.4L Powerstroke, and he’s had one in his personal 2008 F250 single cab, long bed truck for a few years. In fact, he’s had two of them and is currently building a third 6.4L Powerstroke with a compound turbo set up.

“The 6.4L is probably my favorite,” Garrison says. “It’s the most unreliable one, because I’ve done three engines now for it, but it’s my favorite. With the last engine, I slung a rod through the side of the block. I put too much sauce to it, I guess. A year later, I’m finally getting back around to it and got a freshly machined block and found a rotating assembly, so I’m starting to get it back together.”

This latest compound turbo 6.4L started with a new block and components from Midwest Diesel & Auto.

“Morgan Primm, before he passed away, was a 6.4L genius,” he says. “He was the go-to guy when it comes to 6.4L stuff. All the internals for this engine came from Midwest. We got Carrillo rods, Mahle bearings, Midwest Diesel’s pistons that they de-lipped and coated in-house. All the machine work was done by a local company here called Eagle Machine. They did all the head work too.”

This 6.4L has a built-up bottom end, is bored .020˝ over, features a big cam, and has stock heads that got ported, o-ringed and machined.

“The compound turbo set up is a 59mm over a 72mm,” he says. “I did brand new Ford injectors with Dynomite Diesel 100% over nozzles. It has a pretty stock valvetrain, but it does have River City Diesel billet pushrods. It has a Midwest dual fueler with a K16 over a K16. I’m also doing a regulator return and I used BD Diesel manifolds and stainless steel up pipes. I’ll probably end up putting some nitrous on it from Nitrous Express.”

KG Performance also built-up the transmission in-house with all billet internals and a triple-disc converter from DPC. Kody says the truck is used as a daily driver, but it has some nasty power when he wants it.

“I never wanted to push this one too far,” he says. “I like driving it with those stock appearing compounds. It’s a good daily and still has plenty of power to get out of its own way. Hopefully the third engine will be the charm for a while. This engine should have 850 horsepower and be close to 1,000 horsepower with the nitrous.”

Diesel of the Week is sponsored by AMSOIL. 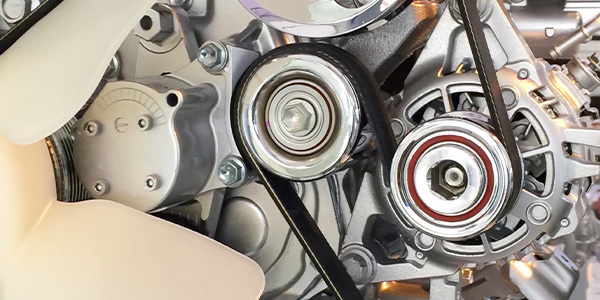