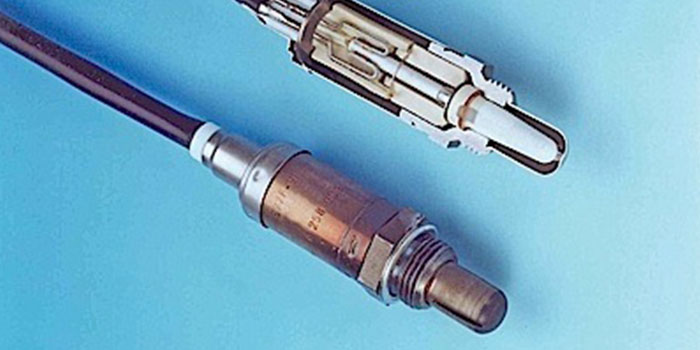 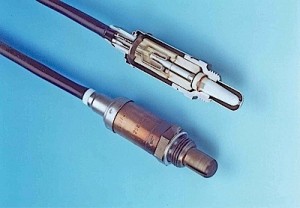 The engine computer needs to know what the fuel mixture is with a high degree of precision so it can optimize fuel economy as well as emissions. If the information received by the powertrain control module (PCM) from its sensors is not accurate, it may command too much fuel or not enough.

A rich mixture wastes fuel, while a lean mixture may misfire and waste power (while also causing a big increase in hydrocarbon emissions).

Oxygen sensors are some of the most often replaced sensors. Inputs from the O2 sensors are used by the engine management system to adjust the fuel mixture. This is critical for maintaining low emissions and good fuel economy. If an O2 sensor gets “lazy” because of old age or contamination, the computer may not be able to adjust the fuel mixture quickly enough as the engine’s operating conditions change. O2 sensors that are failing tend to read lean, which causes the fuel system to run overly rich to compensate. The result is increased emissions and fuel consumption.

Normally, the lifetime of an unheated sensor is about 30,000 to 50,000 miles (50,000 to 80,000 km). Heated sensor lifetime is typically 100,000 miles (160,000 km). Failure of an unheated sensor is usually caused by the buildup of soot on the ceramic element, which lengthens its response time and may cause total loss of ability to sense oxygen. On heated sensors, normal deposits are burned off during operation and failure occurs mostly due to catalyst depletion. When this happens, the probe tends to report a lean mixture, the engine control unit enriches the mixture, the exhaust gets rich with carbon monoxide and hydrocarbons, and the fuel economy drops.

The responsiveness of the O2 sensors can be tested using various procedures (making the fuel mixture rich or lean and watching the sensor’s response on a scan tool with graphing capability). If an O2 sensor is sluggish or unresponsive, it needs to be replaced. The same goes for any O2 sensor that has a bad internal heater circuit.

O2 sensor failures can also be caused by various contaminants that enter the exhaust. These include silicates from internal engine coolant leaks (due to a leaky head gasket or a crack in a cylinder wall or combustion chamber) and phosphorus from excessive oil consumption (due to worn rings or valve guides). Replacing a fouled O2 sensor may temporarily solve the problem, but sooner or later the new sensor also will fail if the underlying problem that is allowing the contamination to occur is not corrected.

Identifying which O2 sensor has to be replaced also can be confusing. On most 1996 and newer V6 and V8 engines, there are at least two upstream O2 sensors (one for each cylinder bank), and one or two downstream O2 sensors (two if dual converters). Some engines may have as many as six O2 sensors. A fault code for an O2 sensor will indicate the sensor location by sensor number (1, 2, 3 or 4) and by cylinder bank (1 or 2). Sensor No. 1 is usually the one in the exhaust manifold, while sensor No. 2 is usually the downstream O2 sensor behind the converter. Cylinder bank 1 is the same side that also has the No. 1 cylinder in the engine’s firing order. Bank 2 would be the other side.

Replacement O2 sensors have to be the same type as the original with the same number of wires. If one O2 sensor on a high-mileage vehicle has failed, chances are the other O2 sensors may also be nearing the end of their service life and should be replaced at the same time to restore like-new performance.