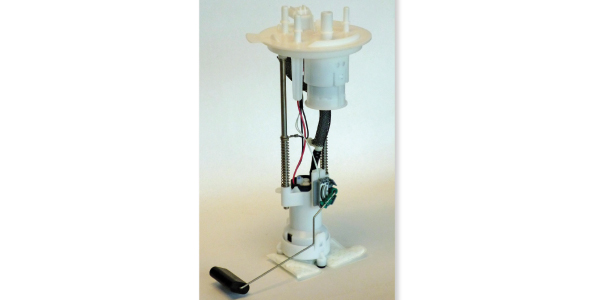 On most import vehicles, the three components with the highest manufacturing tolerances are ABS brake modulators, direct injection high-pressure fuel pumps and fuel injectors. All of these components are at the mercy of the fluids that circulate inside their respective systems.

On most import vehicles, the three components with the highest manufacturing tolerances are ABS brake modulators, direct injection high-pressure fuel pumps and fuel injectors. All of these components are at the mercy of the fluids that circulate inside their respective systems. While the brake system is closed, a fuel system will pump thousands of gallons of gasoline in the first 100,000 miles.

Filtering out dirt and debris from the gasoline is essential to both the life of the fuel system and engine. Even a small speck of dirt, the size of the width of a human hair, can impair the spray pattern of a fuel injector or damage the surfaces inside a fuel pump. Fuel filters and screens inside injectors and pumps prevent damage from occurring.

You may have noticed that some late-model Asian and European imports now lack a fuel filter between the pump and fuel rail. In theory, many imports should not need an inline fuel filter because of internal and external factors.

One of the internal factors is plastic fuel tanks. By not having metal fuel tanks, corrosion inside the tank is eliminated. But it does not mean tanks are impervious to debris entering the tank from the filler neck. The other internal factor is that manufacturers are doing more filtration before the fuel enters the pump. Externally, underground fuel tanks have been improved to prevent internal corrosion and leaks. In the late 1980s, the EPA started to mandate better tanks to prevent ground water contamination. Also, modern gas pumps filter the fuel before pumping it into the tank.

The new filtration strategy is to trap contaminates before the fuel pump pressurizes the fuel. Older socks or strainers were designed to catch contaminates between 50-100 microns in diameter. Forty microns is equivilant to the size of a human hair. Newer pre-pump strainers or socks can now capture smaller debris and more of it.

If a vehicle has a fuel filter, replace the filter after the pump has been replaced. It sounds simple, but this is often forgotten. The old filter can restrict flow and make the new pump work harder. Restrictions caused by a clogged filter makes for a hotter running pump because most modern systems use a pulse-width modulated voltage to the pump. If the engine management system is not seeing enough fuel pressure at the rail or the fuel trim is too lean, the computer will increase the frequency and duty cycle to the pump to increase fuel pressure.

Advertisement
In this article:engine, Fuel Filters