Adapted from the staff at Underhood Service Magazine

Of course, fuel tank contamination can come from a vengeful ex or prankster teens in a neighborhood, but that’s another story. 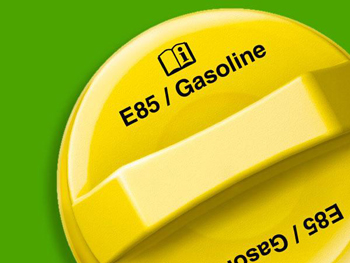 In August of last year, thousands of drivers in northwest Indiana and southern Illinois faced hefty car repair bills after a national chain sold about 2.1 million gallons of contaminated gasoline that was believed to cause engine problems.

Days following the incident, fuel supplier BP recalled the bad fuel and said it would pay for repairs — but first drivers had to get it out of their tanks.

According to a release from BP, the fuel contained “a higher than normal level of polymeric residue” which contaminated 50,000 barrels of regular unleaded gasoline from its Whiting, IN, refinery. The fuel was shipped in mid-August to hundreds of gas stations in northern Indiana under the BP brand, as well as unbranded to many independent ­stations.

To remove the contaminated fuel out of a vehicle wasn’t as easy as just draining the gas tank. Every part that the gas touched between the tank and the engine had to be flushed and cleaned as well, since bad fuel had been known to ruin high-pressure fuel injectors.

BP reported that not every car needed to be serviced — those who bought only a few gallons were able to dilute their bad gas by adding premium unleaded to the tank.

Though gasoline recalls are rare, they do occur. In 2011, a Minnesota refinery had to halt sales of 11,000 gallons of gasoline after it mixed more than 10% ethanol into the fuel blend.

Sediment and water from runoff that enters underground holding tanks at gas stations through loosely tightened or worn-out fuel caps can also give a vehicle owner bad gas. Corroded underground tanks that leak are also a problem.

While filters at the pump do catch larger particles of sediment before they enter a vehicle’s tank, some smaller particles and water that permeate through can lead to vehicle misfires that lead to a visit to a shop.

Sediment/water contamination of fuel is a more common problem than the refinery issues mentioned earlier. One reason is that fuel-quality inspections at service stations are not federally mandated. While most states periodically test for contaminants, cutbacks in state staffing of the Bureau of Weights and Measures has led to on-site inspections that occur beyond an annual visit. 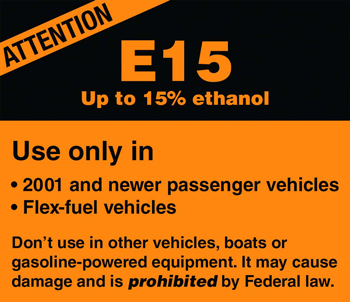 Distributors are mandated to formulate gasoline with proper levels of dispersant-detergent additives to clear away carbon and varnish deposits and keep fuel injectors, intake valves and combustion chambers clean and operating efficiently. However, AMSOIL said, according to industry sources, about 85% of all U.S. gasoline contains only one-tenth of the recommended deposit-control additive dosage.

Engine “knock” refers to ­uncontrolled and explosive gasoline ignition in the combustion chamber. It causes a knocking or pinging sound, robs the engine of power and can lead to serious engine ­damage. The tendency of a gasoline to cause “knock” is measured by its octane rating.

Low-octane gasoline involves a couple of different issues. One is outright fraud on the part of some gasoline retailers and distributors. Let’s face it, there’s a big temptation to sell regular octane fuel at a mid-range or premium price.

Most pumps offer three grades of gasoline: regular (87 octane), a mid-range blend (89 octane) and premium (91 octane). The numbers will vary a bit depending on the brand, the additives used and whether or not the fuel contains ethanol as an octane-boosting additive. A 10% ethanol blend typically adds a couple of points to the base octane rating. As the octane rating goes up, so does the price.

Most pumps mix regular and premium to deliver the mid-range grade. There have been cases where people have tampered with pumps to change the mixture ratios for a more profitable blend. But the more common scam is to simply fill the underground “premium” tank with regular, or to dilute it with a few hundred gallons of lower octane fuel. It’s a scam that’s hard to detect. Even honest gasoline retailers can be ripped off by distributors who fail to deliver fuel that meets the full octane rating. 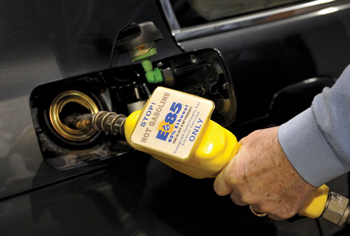 The octane rating of the fuel depends on what’s in it. Years ago, tetraethyl lead was used to boost the octane rating of gasoline. It was a great octane booster and also helped lubricate the valves to prolong valve and seat life. But lead is a heavy metal that is toxic to people and the environment. Lead also contaminates catalytic converters and oxygen sensors so it can’t be used in modern engines. Now they use methyl tertiary butyl ether (MTBE), which is made from natural gas, and ethyl tertiary butyl ether (ETBE), which is made from corn and natural gas. The higher the level of these additives, the higher the octane rating of the fuel.

Some worry a whole new “crop” of driveability issues could grow with the implementation of E15 gasoline into the market.

In a letter to The Hill, a congressional newspaper that publishes daily when Congress is in session, Robert Darbelnet, president and CEO of AAA, requested that the Environmental Protection Agency (EPA) and gasoline retailers should suspend the sale of E15 gasoline until more is done to protect consumers from the potential for costly auto damage and voided warranties.

“Research to date raises serious concerns that E15, a fuel blend consisting of 15% ethanol and 85% gasoline, could cause accelerated engine wear and failure, fuel system damage and other problems such as false ‘check engine’ lights,” Darbelnet wrote. “The potential damage could result in costly repairs for unsuspecting consumers. This is especially tough for most motorists given that only about 40% of Americans have enough in savings to afford a major auto repair.”

E15 is a blend of gasoline and up to 15% ethanol. This is 5% more than the standard 10% ethanol most people are familiar with. In January 2011, the EPA approved a waiver permitting the use of E15 in ­passenger vehicles model year 2001 and newer.  This represents nearly 70% of the fleet and a larger percentage of vehicle miles traveled. E15 is an option and not a mandate like E10.

Retailers can sell E15 as a registered fuel. Drivers will start seeing more stations offering E15 in the near future.  Drivers need to look for this label on the pumps.

E85 is a fuel developed specifically for Flex-fuel vehicles that are designed to run on fuels from ­regular unleaded, super unleaded (10% ethanol) or any blend of ethanol up to 85% — hence the name “flexible fuel.” Higher blends of ethanol, such as E85, have higher octane, higher performance fuels are cleaner-burning and environmentally friendly, reducing harmful hydrocarbon and greenhouse gas emissions.

In June of last year, the EPA approved the use of E15, and a handful of gas stations in Nebraska, Iowa and Kansas have started selling the new fuel. Darbelnet believes that there’s a strong likelihood that ­retailers will market E15 in additional states soon.

Darbelnet expressed that the ethanol industry lobbied hard to increase the amount of ethanol allowed in gasoline from the 10% used today to 15% as a way to increase sales and help meet the Renewable Fuels Standard.

“AAA’s concern with E15 is not about ethanol,” he said. “In fact, AAA believes that ethanol-blended fuels have the potential to save Americans money and reduce the nation’s dependency on fossil fuels. The problem is that available research, including the EPA’s exhaust emissions tests, is not ­sufficient evidence that E15 is safe to use in most vehicles.

“The ethanol industry’s response to reports of damage caused by E15 is that it is the most tested fuel in the EPA’s history. The caveat to this assertion is that while the agency did test E15, their research focused primarily on exhaust emissions and associated components such as catalytic converters. While this research was consistent with the EPA’s mission, it never fully examined whether E15 might damage engines and fuel systems.”

Darbelnet outlined that even some of those supporting E15 admit the fuel may cause damage. For example, he cited that the Renewable Fuels Association warned retailers that some underground storage tank systems, both new and used, exhibited reduced levels of safety and performance when exposed to E15.

“Automakers advise they may void warranties for anyone using E15. Five manufacturers (BMW, Chrysler, Nissan, Toyota and Volkswagen) state their warranties will not cover E15 claims. Eight additional automakers (GM, Ford, Honda, Hyundai, Kia, Mazda, Mercedes-Benz and Volvo) state that E15 does not comply with fuel requirements specified in most owners’ manuals and may void ­warranties,” he warned.

Darbelnet said the only responsible action to take now is to suspend the sale of E15 until consumers are better informed and protected at the pump.

“The simple truth is that E15 is a product not yet ready for public consumption, and government regulators have an obligation to suspend sales until these issues are addressed,” he said. “AAA recommends the EPA, fuel producers and automakers collectively develop a long-term plan that promotes public education, while implementing improved labeling and warnings at the pump. Additional research also is necessary to better understand the full consequences of using E15 in older and newer vehicles.” 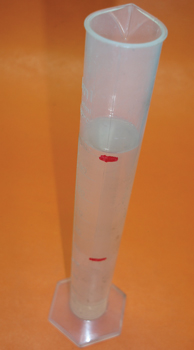 This inexpensive, 100-milliliter (mL) graduated cylinder is available from any major on-line speed equipment company. The first step is to add water to the 50 mL mark. Note that lighting in the photograph causes the fluid ­levels to appear slightly higher. 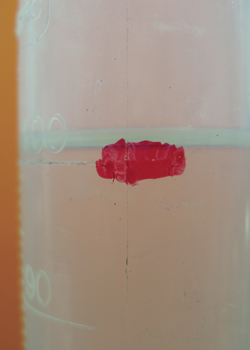 Next, add the sample gasoline to the 100 mL mark. Cover the top of the cylinder with your hand and gently mix the water with the gasoline. Be careful not to spill the fluid or expose it to an open flame. 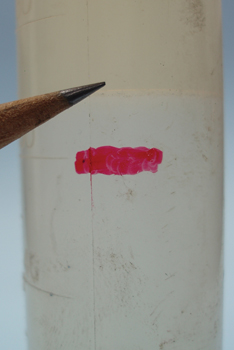 Allow a few minutes for the water to settle from the gasoline. Since ethanol is hygroscopic, it will migrate into the water. As indicated by the photo, the water level has risen from 50 mL to 55 mL, indicating that the gasoline contains 9 to 10% ethanol.

Only about 12 million out of the more than 240 million light-duty vehicles on the roads today are approved by manufacturers to use E15 gasoline, based on a survey conducted by AAA of auto manufacturers. These vehicles include flex-fuel models, 2001 and newer Porsches, 2012 and newer GM vehicles and 2013 Fords. So unless you drive a Porsche or a brand-new car, you could be out of luck when it comes to E15.

AAA automotive engineering experts also have reviewed the available research and believe that sustained use of E15 in both newer and older vehicles could result in significant problems such as accelerated engine wear and failure, fuel-system damage and false “check engine” lights for any vehicle not approved by its manufacturer to use E15.