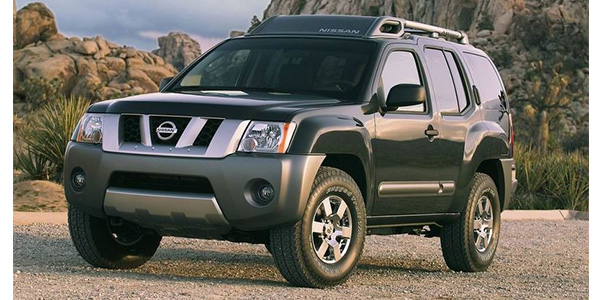 With lean-burn operating strategies being built into many of today’s gasoline direct-injection and gasoline compression ignition engines, it’s important to build a foundational knowledge of how fuel trims work in the real world.

With lean-burn operating strategies being built into many of today’s gasoline direct-injection and gasoline compression ignition engines, it’s important to build a foundational knowledge of how fuel trims work in the real world. Working up to this month’s column, I found a fuel trim question on a professional technical help forum involving a 2006 Nissan Xterra equipped with the 4.0L V6 engine and manual transmission. I couldn’t find a “fix” posted, but the Xterra’s fuel trim problem is a real-world example of how a fuel trim diagnosis can go awry, so I decided to use its trim numbers and P2A00 diagnostic trouble code (DTC) to illustrate basic fuel trim diagnostics.

At this point, I’m not sure that the words “basic” and “fuel trim” can exist in the same universe. Refreshing my memory through a relatively recent copy of a 60-page training manual that’s chock full of fuel trim-related information, I found that I can’t tackle related topics like engine load calculations and air-fuel ratio sensor operation in this space. For that reason, I recommend that you expand upon the content of this column by taking a four-hour basic or an eight-hour advanced fuel trim training class at some future date. In the meantime, let’s figure out why our Xterra’s P2A00 DTC was apparently so hard to diagnose in a technical help format.

According to freeze-frame data, the engine control module (ECM) set a P2A00 DTC (bank 1 upstream sensor lean) at 1,500 rpm at 27 mph. After replacing the bank 1 (B1) AFR sensor, the P2A00 repeated after 200 miles, then would return within 20 minutes after clearing. Looking at Nissan service information, a P2A00 DTC sets when “the output voltage computed from the sensor B1 signal is shifted to the lean side for a specified period.”

While P2A00 indicates a B1 lean condition, short-term fuel trims indicate that the ECM is adding 7.1% fuel to correct a lean condition on B2. Following the P2A00 DTC, the B1 and B2 numbers have been transposed in the original help request, which is why the original diagnosis went off-track. If we swap the B1 data with the B2 data, that data will then correspond to the P2A00 DTC (B1 lean). We now have the correct fuel trim data needed to solve our problem.

In brief, fuel trim calculations are designed to correct an excessively rich or lean air/fuel ratio by increasing or decreasing fuel injector pulse width. The upstream AFR sensor inputs to the ECM normally indicate whether fuel must be added or subtracted to maintain the programmed air/fuel ratio. In our Nissan’s case, P2A00 is setting because, on average, the ECM is adding more fuel to bank #1 from idle to 1,500 rpm than to bank #2. See Photo 2.

As a rule of thumb, both cylinder banks shouldn’t exceed plus or minus 5% LFT under normal operating conditions. The ECM obviously doesn’t have full fuel control, otherwise the ECM would be able to produce a 14.7:1 a/f ratio on B1, especially at 1,500 rpm.

Since faulty mass air flow inputs or low fuel pressure should affect fuel trims on both banks equally, we can rule them out for the moment. And, since the fuel trim corrections disappear after 1,500 rpm, when the engine is under a mild load, we can assume that the B1 +7% is being caused by an air leak into the bank #1 intake or exhaust systems.

Our Xterra has two heated 6-wire AFR sensors in the upstream positions and two heated 4-wire zirconia oxygen sensors in the downstream positions. Since exhaust gases flow in pulses, negative pressure waves are created in the exhaust system, which can draw ambient air through a leaking exhaust manifold, cracked AFR sensor mount or exhaust pipe joint to create a P2A00 (B1 lean) or P2A03 (B2 lean) DTC.

A simple test for exhaust leaks is to create positive pressure in the exhaust by blocking the outlets with shop rags with the engine running. Looking at our scan tool display, the positive short-term fuel trim corrections should drop to nearly zero if the exhaust leak is large enough to set a P2A00 in the diagnostic memory.

At this point, the most likely cause of Xterra’s P2A00 DTC is unmetered air entering the intake manifold through a broken intake gasket or a vacuum supply hose. Having eliminated the exhaust system as a cause, we can assume that we have an air leak into a bank 1 intake port that tends to disappear as the engine approaches 1,500 rpm.

To be reliable, smoke machine testing requires a mild positive pressure inside the intake and exhaust systems. To achieve this, the air intake, all vacuum ports and the exhaust outlets must be sealed. That said, a test should be conducted at cold-soak and at full operating temperature to locate temperature-sensitive leaks.

Intake manifold leak detection can also involve adding fuel to the offending cylinder by carefully spraying a flammable hydrocarbon around the intake sealing surfaces. In most cases, an aerosol throttle body cleaner is sprayed around suspected leakage points. Do not use chlorine-based brake parts cleaners that emit poisonous chlorine gas from the exhaust.

Some professional technicians prefer propane testing because it’s more controllable and, therefore, more precise. Regardless of the method, any technician should understand the safety issues surrounding the use of flammable hydrocarbon testing methods. Never, for example, spray an aerosol or point a propane wand at the alternator or at secondary ignition system components with the engine running. In addition to the engine wiring harnesses and components being damaged, you can suffer severe burns to the face and hands.

Using propane as an example, connect a scan tool and cold-start the engine. Set the propane wand on low volume and probe around and under the intake gasket areas. An intake air leak is present when the SFT begins subtracting from the current positive fuel trim numbers. If no leak is found, keep testing until the engine thermostat opens. At some point between cold soak and hot-soak temperatures, the intake is developing an air leak, otherwise the P2A00 DTC wouldn’t appear.

Fuel Trim Terminology: Sometimes It Is What It Isn’t

Fuel System Diagnostics Is All In The Fuel Trim Numbers