GF-6 Oil Specification: What It Means For Repair Shops - 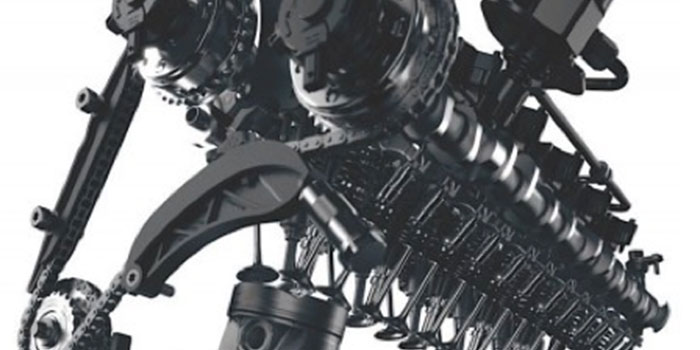 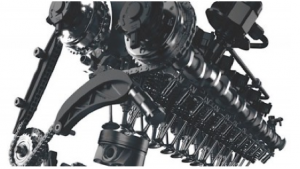 Alex Sammut, global technology marketing manager, Lubrizol Additives spoke with Underhood Service about what the proposed GF-6 specification means for repair shops and what technicians can do to prepare for the new regulations.

Q: Where do we currently stand with the timetable for the GF-6 upgrade?

A: Based on the current activity surrounding the development of the proposed ILSAC GF-6 specification, the projected timing of first license for new ILSAC GF-6 oils has been confirmed by the Auto-Oil Advisory Panel (AOAP) as April 1, 2018.

Previously, first license had been anticipated in late 2017. For oil marketers, a delay in GF-6 specification development and implementation means more time between GF-6 and the next heavy-duty diesel engine oil specification, PC-11, which has been confirmed for December 2016. Delaying the GF-6 first license 16 months after PC-11 may provide relief over concerns that the timing of the specification upgrades is causing strain on industry resources.

Q: Why are GF-6 oils important for the industry?

A: The federal government has accelerated regulations to significantly improve fuel economy and reduce greenhouse gas emissions in passenger cars and light-duty trucks by model year 2025, and that means those vehicles need the right engine oils. The proposed ILSAC GF-6 specification seeks to ensure the next generation of lubricants will enable these new, more fuel-efficient vehicles.

For the first time with the upcoming GF-6 implementation, an ILSAC specification will be split into two categories: GF-6A and GF-6B. GF-6A will address traditional viscosities and will be backwards compatible. GF-6B will represent viscosity grades SAE 0W-16 and lower. There are currently no ILSAC 0W-16 engine oils in the marketplace.

The most notable proposed changes in the performance requirements of engine oils from GF-5 to GF-6 will be lower viscosity, improved deposit and oxidation control, and enhancements in durable fuel economy improvement (FEI) — or how long fuel economy lasts over the drain interval. Protecting against the occurrence of low-speed pre-ignition (LSPI), along with ensuring increased wear protection for various engine components such as timing chains and valve trains, will also be a primary focus of GF-6 lubricants. GF-6 is an opportunity for oil marketers to grow value by selling advanced lubrication technology that modern fuel-efficient engines require.

Q: What are the notable differences between GF-6A and GF-6B that technicians need to know? Can you explain how techs will be required to service older vehicles?

A: The ILSAC GF-6 specification will be split into two categories for the first time, but GF-6A and GF-6B will not be interchangeable. The principal difference between the engine oils is the viscosity grades, with GF-6B providing the same performance of GF-6A, but at lower viscosities. GF-6A certifies traditional viscosity grades for use in existing passenger car vehicles. GF-6B pushes the envelope, delivering enhanced fuel economy and certifying lower viscosities — SAE 0W-16 and lower — for use in modern, cutting-edge engine hardware.

Q: When should techs expect GF-6 oils to start impacting their day-to-day business?

A: First licensing for GF-6 is scheduled for April 1, 2018; however, oil marketers are now preparing to have product commercialized and available as close to this date as possible.

Q: How will more efficient oils impact the maintenance schedules of vehicles coming in for service? Will this affect oil change intervals?

A: Engines are becoming more severe in their operations — running hotter and increasing load on bearings, which degrades the oil faster. GF-6 is driving improvements in oxidation, deposits and wear, but also with improvements of fuel economy that will last longer over the drain interval. The result is even though new engines are more severe and degrading the lubricant faster than before, the new engine oils are formulated with additive technology to help the lubricant last longer and reduce the impact on consumer expectations for drain intervals.

Q: How should repair shops be preparing for GF-6 implementation?

A: Repair shops can prepare for GF-6 implementation by becoming knowledgeable on the specification upgrade and on higher performance lubricants so that they can then educate customers on GDI and turbocharged GDI engine demands, shifts to ultra-low viscosity grades (0W-20 and below) and new drain oil interval requirements.

Customers will continue to rely heavily on repair shop experts to help them choose the right oil for their application. Engine oils with additive chemistry specifically designed for GF-6 will help each engine achieve its full potential for performance and fuel economy.