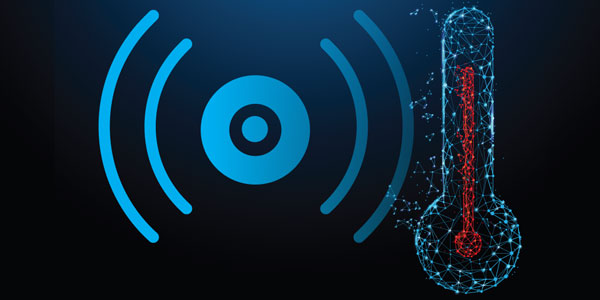 HVAC systems have come a long way in the past 15 years. While the basics of heating and cooling may be the same, the controllers and sensors have improved dramatically.

HVAC systems have come a long way in the past 15 years. While the basics of heating and cooling may be the same, the controllers and sensors have improved dramatically. No longer does a driver have to worry about dealing with fogged-up windows or bad smells driving behind a semi-truck.

When a driver sets a temperature in the control head of an HVAC system, what does it mean to the vehicle? Seventy-two degrees could be captured at many different settings depending on the outside temperature, humidity and even the position of the sun. When a passenger then decides that 70 degrees is a better temperature for her zone, things get even more complicated.

Automatic Temperature Control (ATC) systems require a complex array of internal and external sensors that look at the temperature, humidity and quality of the air inside the vehicle.

Interior air temperature sensors are usually simple, two-wire thermistors that change resistance with temperature, but some are infrared sensors that detect heat from the vehicle’s occupants. This thermistor-type usually has an aspirator tube that pulls air through the sensor when the blower fan is running. Others use a small electric fan for the same purpose. A plugged aspirator tube or inoperative fan will slow the sensor’s response to temperature changes.

Ambient air temperature sensors typically have a slow sample rate to even out variations in readings that may be sensed at different vehicle speeds. When the vehicle stops moving, heat can build up quickly around the sensor and could mislead the ATC module into thinking it’s getting hotter outside. So, most ATC modules only look at the ambient sensor input every couple of minutes instead of continuously. On some applications, the ATC module may even ignore input from the ambient sensor when the vehicle is not moving.

There are other temperatures in the various ducts. Also, most systems will have sensors before and after the heater and evaporator cores. The sensors measure the performance of the system.

Many ATC systems also make use of a photodiode solar load sensor on the dash. This sensor allows the ATC system to increase cooling needs when the cabin is being heated by direct sunlight. On vehicles with dual-zone systems, there is often a separate sunload sensor for each side. Sunload sensors receive reference voltage from the ATC module and pass current when the light intensity reaches a certain threshold.

Humidity sensors are capacitance sensors that measure the amount of moisture in the air. The information from the sensor both regulates the volume of air projected onto the windows to reduce misting, and manages the humidity levels inside the car to enhance climate comfort. These sensors are typically mounted at the base of the rearview mirror.

From the data delivered by the humidity and temperature sensor, the HVAC system calculates the dew point temperature of the air. Some systems use an infrared sensor that remotely measures the windshield and side window temperatures as well.

The performance of the sensor can degrade over time and cause the sensor to malfunction and give false readings. If this happens, you will see a code stored in the HVAC module.

Air quality sensors can prevent harmful gases and unpleasant odors that can get into the car cabin when the vehicle is sitting in heavy traffic, passing through congested areas or driving through tunnels.

The sensor signals the fresh air inlet door/ventilation flap to close when undesirable substances are detected. Cadillac, Audi and other luxury car manufacturers are using this sensor. This sensor is typically mounted behind the grill.

The 2015 Hyundai Genesis was the first car sold with a carbon dioxide sensor for the interior of the vehicle. Carbon dioxide emitted just by the vehicle occupants can build up to toxic levels inside a modern, sealed vehicle with the HVAC system in the recirculation position. These high levels of carbon dioxide can cause drowsiness. In the past, this was not a problem because most vehicles leaked outside air into the vehicle.

Just hot and cold? Not anymore!

Advertisement
In this article:HVAC, temperature