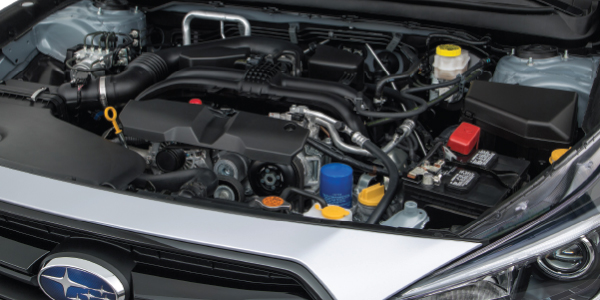 The stretch belt can help to simplify the serpentine belt system on the Boxer engine.

If you see a belt on a late-model Subaru does not have an automatic tensioner and runs between only two or three components, it’s probably a stretch belt. You may also notice some belts will have the words “stretchy” or “stretch” written on the back. These types of belts typically are used to turn the A/C compressor on the 2.5L four-cylinder engine in 2008 and up models.

The stretch belt can help to simplify the serpentine belt system on the Boxer engine. It can also increase the efficiency of the engine by allowing it to run with less tension on the alternator and power steering. Beyond that, it can extend the life of the alternator by reducing the load on the bearings.

Subaru stretch belts can last 100,000 miles or more. On a worn belt, the cracks or damage to the backing of the belt will not be evident to the naked eye. This is why an inspection method measuring groove depth is recommended — you simply cannot go by mileage recommendations alone.

When inspecting a stretch belt, always measure the depths of the groove with an inspection tool because the differences between a worn belt and a good belt can’t be seen or felt. The new materials used to manufacture a stretch belt will not crack or separate like older belts before the grooves are worn. Belt inspection gauges are available from manufacturers and distributors, so check their websites or ask your distributor if you’re in need.

Poor pulley alignment is the No. 1 cause of belt noise and premature wear of stretch belts. If the pulleys have poor alignment, the belt will be worn on the edges and might look frayed.

When a stretch belt exceeds wear specifications, it’s no longer able to effectively grip the pulleys and will start slipping. The primary cause of this slippage is when material is removed from the belt’s grooves, rather than it stretching and losing tension.

If you are removing an old stretch belt from a Subaru, just cut it. Even if the belt is still in excellent shape, the act of pulling the belt over the A/C compressor clutch or crankshaft pulley will damage the inner core.

These belts have a thermo-elastic core designed to keep tension on the pulleys during a long lifecycle. The material acts like shrink tubing for a wiring harness. Once the belt has been run and exposed to the underhood temperature, the heat will decrease the length of the belt and, therefore, properly tension it.

Never use a screwdriver or other sharp object to install the belt because if the belt is cut or the surface or grooves of the pulleys are damaged, the belt will eventually fail. Special tools are available from various tool and belt manufacturers that act as a ramp on the leading edge of the pulley. Some applications will require special tools to hold the belt on the accessory pulley, as is the case for the Subaru A/C compressor pulley.

There are many tool designs, but they all perform the same task of pulling the belt over the leading edge of the crankshaft pulley without damaging the belt. Always follow the directions for proper tool placement and for the correct direction to turn the crankshaft. After the belt is installed, confirm the belt is in the grooves and recheck there are no alignment problems. Run the engine for a few seconds before doing this final check. 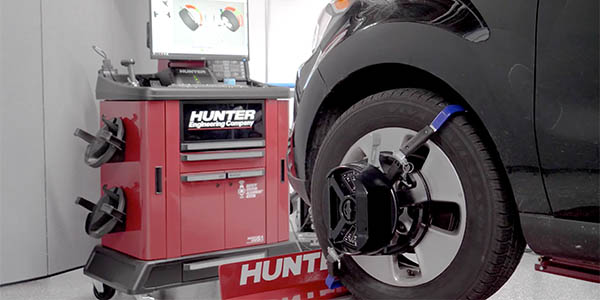