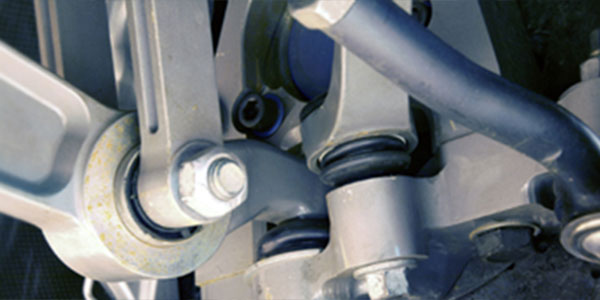 What do some ball joints, tie rods and suspension components have in common with engines? The answer is Torque-to-Yield (TTY) fasteners. 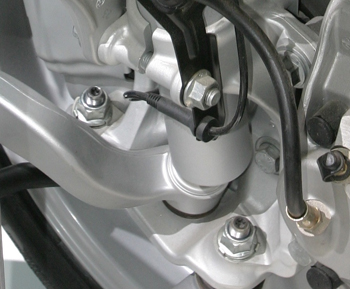 What do some ball joints, tie rods and suspension components have in common with engines? The answer is Torque-to-Yield (TTY) fasteners. These bolts and studs that stretch are becoming more common on vehicles not just under the hood, but under the car. TTY fasteners are mounting fasteners which are torqued beyond the state of elasticity and therefore undergo plastic transformation, causing them to become permanently elongated.

Some ball joints and almost all tie-rod ends use a tapered stud and hole with a nut on top to secure the stud to the knuckle. The 7-10º angled taper, along with a threaded stud and nut, lock the components together by tensioning the nut and stud. TTY ball joint and tie-rod studs have two advantages. First, they can weigh less and still apply the same clamping loads. Second, the clamping loads are more consistent and controllable.

TTY fasteners were first used for engine head bolts because they required less torque and the torque applied was more evenly distributed. This resulted in even clamping forces on the head gasket and less distortion in the block and head.

Some of the first TTY head bolts were used on bi-metal engines with aluminum heads and cast iron blocks. The same is true for suspensions; the first vehicles to use TTY studs used aluminum knuckles like on the Corvette. But, now these types of ball joints and tie-rod ends can be found on Buicks, Jeeps and Fords. Also, more bolts for shock mounts, bushings and control arms are now using TTY fasteners. They are also used in vehicles with cast-iron knuckles. 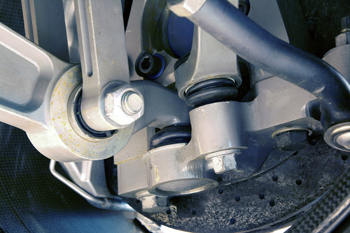 The metallurgy and heat treatment of TTY bolts and regular bolts is different, and you can sometimes tell one from the other by their appearance. TTY ball joints and studs have an inset hex head at the end of the stud. This can be used when tightening to the specified torque and setting the torque angle.

Always make sure to check the service information to get the right torque for a suspension component no matter what type of fastener. If you see an initial torque spec along with an angle in degrees, it is a TTY fastener.

If a ball joint or tie rod is not installed properly, it could cause damage to the vehicle and the reputation of your shop. Even worse, it could cause a crash. TTY fasteners just add an extra step to the torqueing process.

TTY ball joints and tie rods are usually installed dry. Do not apply any oil, grease, assembly lube or sealer on the stud or tapered bore. The reason why is because lubricants reduce friction when a bolt is tightened. This actually increases the torque load on the bolt or stud, which may overload and stretch a TTY bolt too far, causing it to break.

Do not use an impact. Most impacts can generate twice the torque needed for the initial torque setting. If a TTY fastener is over tightened, it can stretch beyond its limits and break.  The increased torque can also cause the female part of the taper to crack as to much clamping force is applied.

Aluminum knuckles, upper control arms and ball joints can be damaged if not tightened using the correct procedure. Knuckles and upper control arms are aluminum and can be damaged if a torque wrench and torque angle gauge are not used. No matter if you go too tight or too loose, if you fail to use correct tools and procedures, you could be buying the customer a knuckle and working for free to install it.

Many ball joints may have an initial torque spec as low as 15-30 ft/lbs and torque angles are between 140º and 225º. Never guess or try to use your calibrated elbow; always look up the spec and use a torque wrench. The same procedure is also required for tie-rod ends. Also, make sure the washers on the studs are in good condition and installed in the right direction. If a washer splits or fails, it could cause a catastrophic failure.

Make sure you check the service information to see if a TTY ball joint or tie-rod end is reusable after it has been removed. Some manufacturers recommend a joint should be replaced, while others do not indicate if it should.

For the technician trying to avoid dealing with this conundrum, it may be better to remove the control arm with the knuckle or separating tie rods between the inner and outer shaft. It is easier and less expensive to sell an alignment than face the possibility of a ball joint replacement in some cases.

Advertisement
In this article:suspension, Torque-To-Yield, TTY