This engine was introduced back in 1993 as an “upgrade” from the earlier 3.3L pushrod V6 engine.

Some would question whether the move was a step forward or backward because the 3.5L V6 (and its variants) has a poor ­reputation for reliability. Lubrication issues, oil sludging, coolant leaks, overheating and low-mileage engine failures have plagued this engine family from the get-go.

Some blame the design of the engine itself for all the ills it has suffered, while others blame consumers for not maintaining their engines properly. But regardless of who’s at fault, these engines do represent a significant service opportunity.

Engine Details
The new 3.5L engine used essentially the same cast iron block and crankshaft as the 3.3L (same 81 mm stroke), but the bore size was increased from 93 to 96 mm and the compression ratio was bumped up to 10.4:1.

The front of the block was modified to accommodate a front-mount oil pump and a timing belt drive for the overhead cams. The water pump was built into the front cover so it could be driven by the timing belt.
The pistons are cast aluminum with full floating wrist pins, ductile iron compression rings, and are relived so the engine will freewheel without valve interference if the timing belt breaks. 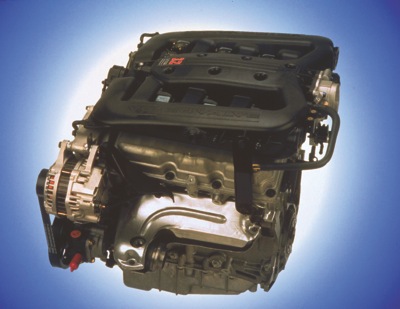 Under the Hoods
The 3.5L V6 was used in 1993-’97 Chrysler LH cars (Dodge Intrepid, Chrysler New Yorker and LHS, Eagle Vision) and the ’97 Plymouth Prowler.

In 1998, the 3.5L was reworked and given an aluminum block and additional tweaks to increase the power to 253 to 255 hp, depending on the application.

Unfortunately, Chrysler failed to upgrade some things that needed to be upgraded, like the undersized oil galley passages in the block, the troublesome coolant pipe that runs under the intake manifold, the undersized PCV system that doesn’t pull enough air through the crankcase and the overall reliability of the engine itself.

The 1998 to 2010 all-aluminum versions of the 3.5L SOHC V6 were used in a wide range of Chrysler models including the 300 and 300M, Avenger, Challenger, Charger, Concorde, Intrepid, Pacifica, Prowler and Sebring.

The 3.5L engine is an even-firing power plant with aluminum cylinder heads, a single camshaft in each cylinder head and four valves per cylinder. It has a sequential fuel injection system with distributorless ignition. The engine is rated from 214 to 220 horsepower depending on the model year, and delivers good torque from 2,000 to 5,600 rpm. 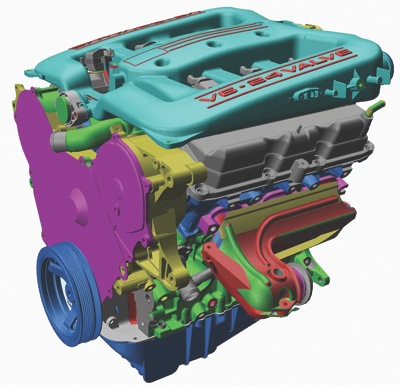 The metal tube can also rust from the inside out and leak coolant. Replacing this tube is a labor-intensive and time-consuming repair job, as it requires removing the upper intake manifold and fuel injector rail.

The cooling system on the 3.5L uses a water pump with a molded plastic impeller. The design is more efficient than a typical stamped metal impeller and produces less cavitation, but the soft plastic impeller can be eroded and worn down by rust and sediment in the coolant. If this happens, the pump won’t circulate as much coolant, causing the engine to run hot and overheat.

If the cooling system holds pressure, and the cooling fans are functioning normally, but the engine is running hotter than normal, it’s probably a worn water pump.

If you do change the water pump, change the thermostat too. One other possibility would be a restricted catalytic converter that’s creating backpressure and causing heat to remain in the engine.

Regular coolant maintenance is absolutely essential on these engines, so if the coolant has not been changed in five years, it may be time to drain, flush and refill the cooling system. Using a coolant exchange machine will make it easier to keep air out of the system.

For 2001 and newer vehicles, Chrysler recommends a long-life HOAT (Hybrid Organic Acid Technology) or GO-5 type of antifreeze that meets its MS9769 requirements.
HOAT coolants contain a combination of inorganic acid and organic additives for added protection against aluminum ­corrosion, which is important with the all-aluminum 3.5L engines. The same coolant can be used in the older 1993-2000 ­applications instead of a conventional green formula coolant. 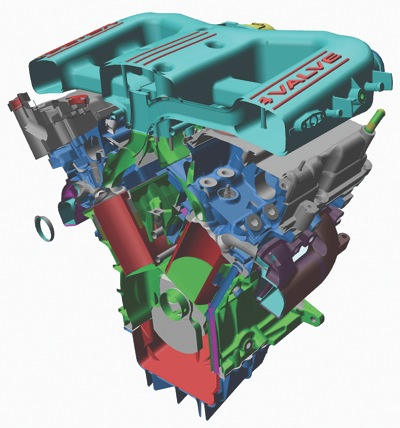 If you’re replacing a water pump, be sure to inspect the upper and lower radiator hoses, and heater hoses.

Replace any hose that is not in perfect condition. If the hoses are more than 10 years old, replace all of them.

On 2006-’08 Dodge Charger and Magnum and Chrysler 300 vehicles, Chrysler issued a recall (L08110617-010) regarding a fan separation problem. It only applies to cars equipped with the severe-duty cooling package. The free fix involves replacing both fans with new ones (P/N CBHZL080AA) that hopefully won’t come apart and damage the radiator.

Oil Sludging Problem
One of the most common problems with these engines is that the oil tends to sludge and break down — especially if the oil is not changed every 3,000 miles.

These engines run hot, and with a PCV system that barely flows enough air to pull moisture out of the crankcase, it doesn’t take long to create an oil sludging problem.

As sludge and varnish build up inside the engine, it can restrict the small oil passages that deliver oil to the crankshaft bearings, increasing the risk of oil starvation and bearing failure. Many of these engines have failed at relatively low mileages (less than 80,000 miles) because of spun bearings and/or broken connecting rods.

If you find evidence of maintenance neglect such as foaming or sludge on the underside of the oil filler cap, a plugged PCV system or oil that looks like tar when it drains out of the crankcase, recommend a crankcase flush to remove as much of the accumulated sludge and varnish as possible when the oil is changed.

Also, inspect and clean the PCV valve when the oil is changed, and replace the PCV valve every 30,000 miles to keep the PCV system working at peak efficiency.

Note: Chrysler technical service bulletin (09-01-96) describes a hydraulic lash adjuster noise problem with this engine. A heavy clicking or ticking noise coming from the top of the engine that changes with rpm may occur due to oil aeration if the crankcase is overfilled with oil. If the noise persists after correcting the oil level, it may indicate valvetrain damage. 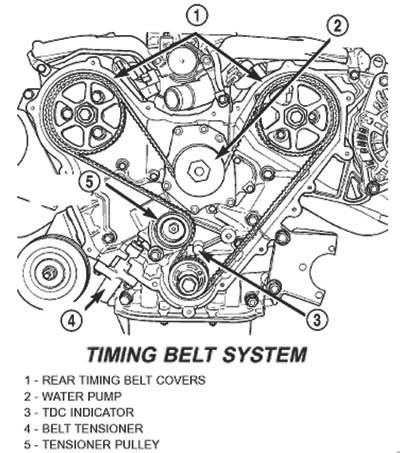 Don’t Forget the Timing Belt
Chrysler probably should have used a timing chain in this engine, but instead opted for a less expensive timing belt. The factory recommended replacement interval for the belt is 100,000 miles.

The early 1993-’97 3.5L engines are non-interference engines, so if the timing belt snaps or jumps time, the engine won’t bend any valves. The all-aluminum 1998-2010 engines, however, are interference engines. If the timing belt is not replaced at the recommended mileage, the risk of belt failure increases with every mile that’s driven. If the belt breaks, the vehicle owner will be looking at a very expensive repair.

On older cars, the cost of the engine repairs will be more than the car is worth.

Replacing a timing belt on a 3.5L V6 is typically a two- to three-hour job, so the cost of preventive maintenance is relatively cheap compared to what a broken timing belt could cost the vehicle owner.
The life of the water pump is about the same as the timing belt, so if you’re replacing one, you should replace both at the same time.

The second generation 1998-and-newer 3.5L engines have a coil-on-plug ignition system, so you obviously have to remove the coils before you change the plugs.
Be sure to inspect the long tube on each coil that fits down over the spark plugs for cracks or carbon tracking. Replace as needed to prevent misfires.

Also, if you notice oil residue on any of the spark plugs, the spark plug tubes in the valve cover and the valve cover gasket might be leaking. Replace them as needed.
On the first-generation engines with a distributorless ignition system, be sure to inspect the spark plug wires when changing the plugs. The original suppression wires on a high-mileage engine will likely need to be replaced.

Be careful when changing the spark plug wires. The wires run under the fuel rail on the left side of the engine. There should be enough clearance to run the wires under the fuel rail without having to remove it. Don’t attempt to bend or force the fuel rail upward for added clearance as doing so may damage the rail. Also, change one wire at a time so you don’t mix up the firing order.

The older 3.5L V6 engines have two drive belts, a poly V-belt (flat belt) for the alternator and power steering pump, and a conventional V-belt for the A/C compressor. So unlike the newer 3.5L engines that use a serpentine belt with an automatic tensioner, tension on both belts needs to be checked and adjusted periodically. 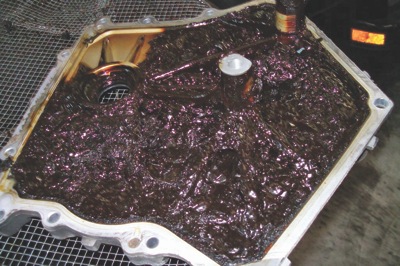 The oil pan on the 3.5L is made of Antiphon steel, which consists of a layer of rubber sandwiched between two layers of steel. This deadens sound transmission and helps reduce noise. Fill capacity is 5 quarts when changing the oil.

Miscellaneous Fixes
If you encounter a 2008 Chrysler 300, Magnum or Charger with a MIL light on and a DTC P050D (cold start rough idle set), the PCM may need to be reflashed with updated programming to eliminate the false code. Refer to Chrysler TSB 18-031-08 for details.

On some 2008 and 2009 Chrysler 300, Magnum and Charger models with the 3.5L V6, a strange whistling noise may be heard in the engine compartment while the engine is running. It could be a vacuum leak, but it could also be a noisy purge control solenoid. Chrysler TSB 18-036-08 says the fix for this is to reprogram the PCM with updated software that corrects the condition.

If the code persists after the software update, it may be ­necessary to shim the crank sensor or replace the crankshaft flex plate.

Advertisement
In this article:3.5L, Chrysler, engine

Video: VIDEO: How To Tell If A Brake Pad Is Ceramic Or Semi Metallic

Video: VIDEO: Clean The Fuel Tank Before Replacing The Pump

Video: VIDEO: What Else Should Be Replaced With The Strut? 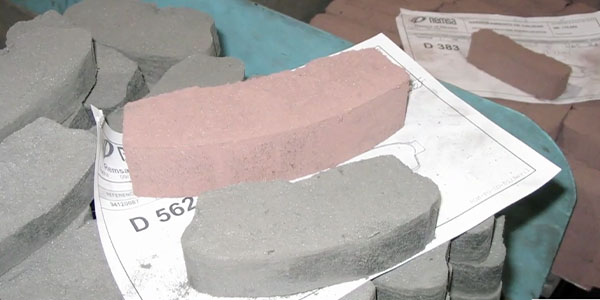