Measuring Color With A Spectrophotometer - 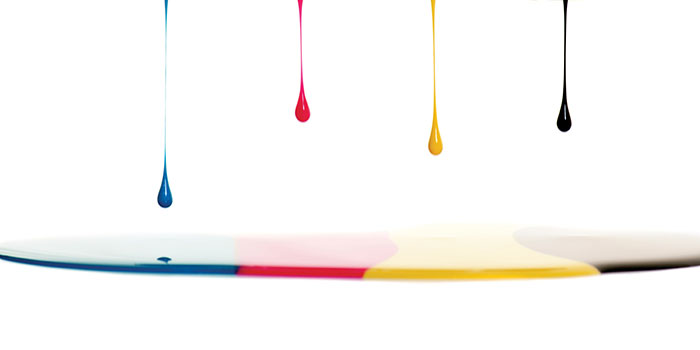 Spectrophotometry is the quantitative measurement of the reflection or transmission properties of a material as a function of wavelength. Aha, now I see. No wait, say that middle part again? No matter how it works, that really expensive and fragile device a collision repair shop uses to locate a color match quickly is truly a marvel of technology.

Like so many things with a science vocabulary, the Latin root of the device called a spectrophotometer explains its meaning: “spectro” as in “color,” “photo” as in “light” and “meter” as in “measure.” So, using light to measure color. Roger that.

We’re certainly not the only industry interested in measuring color. When the very first spectrophotometers appeared in the refinish industry in the 1990s, I interviewed a major manufacturer of the devices and wrote a couple of articles about what I learned. I recall clearly what my first interviewee said about color standards. He used apple juice as his example. If there were three clear glass jugs of Brand X apple juice on the grocer’s shelf, and two were one shade of tan and the other was darker or lighter, which one would you buy? Neither is the answer because you wouldn’t know which color was “correct.” His point was that lots of industries need to measure and control the color of their product closely.

As part of their due diligence, auto manufacturers use spectros to check their color standards as the cars leave the paint line. We’re all clear on why their standards might drift off; the same color code is often applied in multiple manufacturing plants, which may employ different spray equipment, oven conditions and robotic spray paths. Typically, the OE spray equipment is on a five-year replacement cycle so that the same code sprayed in the same plant may drift off when the latest robots are installed. In any event, it’s always different in different plants, so perfectly exact color standards are very hard to hold, hence the proliferation of alternate formulas each new model year.

Today’s generation of refinish spectrophotometers are super sensitive, laboratory-quality measuring computers and need to be treated with the respect such high-dollar, high-tech devices require. The optical bench – the plane where the readings take place – must be protected from bumping and jarring or the sensitive alignment will be ruined. Always transport the unit in its custom case, because even a quick trip across the street on the seat of the jobber’s delivery truck can jostle the delicate alignment of light sources and receivers.

Careful daily calibration is a must. Each unit will come with a matched set of calibration tiles, one black and one white. White reflects all light, and black absorbs all light. This internal check makes sure the light source is optimum by varying the micro-voltage current to the bulb(s) and checking that all the optics are receiving accurately. Clean the tiles thoroughly before each reading, and periodically clean the optics using dry (no moisture or oil) compressed air at low pressures. Blasting the dusty unit with 175 psi shop air will likely do more harm than good.

When operating the spectro (also called a camera, photo-head or, in many shops, the brick), great care must be taken with the vehicle you’re reading. Since the goal is to have your reading match one within the paint company’s database, your panel needs to be as clean and glossy as the lab panel they read the standard from. A quick swipe with some glass cleaner does not make it sufficiently clean. Each area to be read needs to be mechanically polished with a buffer – every time! Dull, dirty or curved surfaces will cause a poor outcome. Flat panels polished smooth offer your best chance of success. Additionally, don’t move the unit from horizontal to vertical panels; read each color from the same orientation. Don’t rotate the spectro end for end, either; keep the unit’s position consistent and held tightly to the panel.

There are two basic philosophies about how the spectrophotometers will read the colored panel. One version uses a single white light source (white light contains every color), and the other method uses a series of colored LED lights fired off one at a time. In both cases, the light receptors (photodetectors) within the unit will read three or five angles of the color in all three axes. The computer within the reader will then interpolate (guess) what all the missing angles would look like using some seriously complicated math.

The best human eyes can distinguish about 100,000 different colors. A refinish spectrophotometer can distinguish about 2 million. The color will then be plotted out at multiple angles on all three axes (hue, chroma, value or cast, saturation, light/dark, or any of the other possible names for the three planes of color theory). No wonder people are confused by the terminology surrounding color; the same axis has several correct names! Now, the system is ready to look for a similar plotting in the database.

The spectro has two basic components: the “eye” and the “brain.” The eye measures the light beam’s intensity as a function of its wave-length (measured in nanometers) and diffracts the light source(s) into a rainbow. The brain plots the data points (spectral reflectance curves) from each receptor and guesses at the missing angles,
creating a graph.

I find it helpful to think of the output from the spectro as a fingerprint. Taking the print is relatively easy, but finding a match is the hard part. Most refinish paint manufacturers have an enormous stockpile of spectro readings taken from spray-applied, metal laboratory panels. To be most valuable, the readings must have all been taken using the same type of spectro your shop is using to read colors.

Most units download their current readings automatically when the reader is placed into its dock. Some units require external cable connections to access the plotted colors. However it’s done, the system now looks to match the mathematical pattern of your reading with their database of similar-looking plots. Many spectro units will offer a match rating, guessing at how closely the two plotted curves resemble each other. Generally, low numbers indicate a close match; higher match ratings indicate fewer common plot points. Some units will offer to “adjust” the formula they found by calculating which additional tint colors could bring the points closer together.

Not specifying which car manufacturer or which paint code is called a wild card or no-code search. While the spectro might calculate a suitable color axis curve, the color it finds may not contain the same tinting bases as the OEM color. The machine might think it matches by looking at the reflectance curve, but it’s not a visual event and the color may appear different from some angles in natural light. In general, you’ll be better off to tell your shop’s color reader what auto brand and what color code you’re trying to match.

In my initial 1994 interview, I was warned that while a spectrophotometer-created match on solid colors was often successful on the first try, color matching anything with reflectants in it is much more difficult. But we’ve come a long way in the past 20 years in generating a suitable formula for metallic, mica and pearlescent colors. Sometimes referred to as “texture,” today’s units are designed to plot out where within the paint film and how sparkly those little reflectors are. While much better than it used to be, metallic sparkle of any kind remains difficult for the units to identify and create an accurate scientific algorithm. Because the color looks different from head-on and from the side (face and flop,) getting a good match is tough. Highly reflective colors, like silver metallic, may blind the spectro with all their bling.

All this leads to the conclusion that productive collision repair is done most quickly and successfully when the painter prepares to blend onto surrounding panels rather than hope for a butt match from any source. Remember to prep those panels extra well as the thin edge of any blend needs really good adhesion. There is also no substitute for using spray-out cards. Who knows what the color will look like when your painter sprays it in your shop? You will – if you spray and clear the color on a metal or heavy paper cardstock. Lastly, enrolling in a multi-day color adjustment class from I-CAR or the paint companies will help a bunch when you’re trying to move the color that last little bit toward an acceptable color match.

We’re fortunate as an industry to have such widespread availability of spectrophotometers and their corresponding databases of thousands of sprayed colors. Color match is the painter’s most common problem. These expensive and sophisticated devices help ease the burden. Treat a spectro reader with great care, and it will make your paint shop more productive every day. Technology rocks! TT