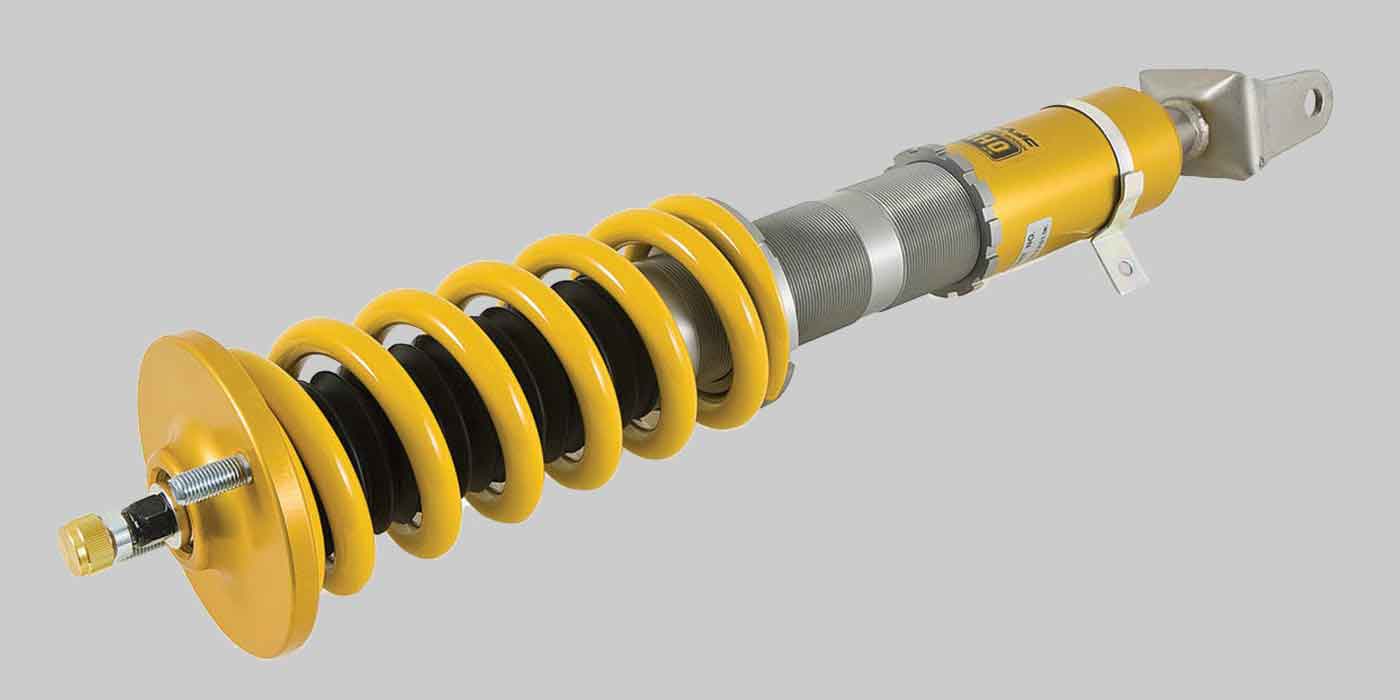 Do you understand the technical differences between monotube and twin-tube shock designs?

Over the past decade, passive shocks and struts have improved. Better valving, materials and tuning for older vehicles means import repair shops have more installation options than ever before. But, are these enhancements changing conventional wisdom when it comes to the characteristics of a monotube or twin-tube shock or strut?

There are really three types of shock absorbers (including non-gas charged), but we’ll be focusing on the two types primarily used today: monotube high-pressure gas and twin-tube low-pressure gas. Both of these designs have specific ride characteristics that can improve the overall comfort and performance of a vehicle or return it to stock ride quality, depending on what your customer prefers.

As we have gained a better fundamental understanding of chassis dynamics, shock absorbers have continued to evolve to keep up with consumer demand for improved ride quality. For this reason, a gas charge is added to some shock and struts to reduce aeration (foaming) of the oil caused by cavitation as oil passes through the shock’s valving. If leaks occur (and as shocks age, this becomes more likely), the gas can escape causing them to fade. Valves inside the shock are designed to control the flow of the oil at a specific rate, which affects the force it takes to move the piston.

The valving in most replacement shocks is designed for the specific application. The shock or strut dampens the spring rates in conjunction with the OEM suspension package to produce the vehicle dynamics desired. Keep in mind that choosing a replacement shock or strut that is too stiff could create a harsher ride than the OEM design and may not suit your customer’s preferences. OEMs generally compromise on the shock package so that it performs between a comfort (soft) and one that is more controlled (stiff). Your customer may choose to lean more toward one side or the other.

Conventional twin-tube shock absorbers employ an inner piston chamber that is pressurized with oil and is surrounded by an outer tube (reservoir) filled with gas. As the shock moves, the piston forces oil inside to flow back and forth through valving to the outer reservoir.

When the piston moves down, oil flows through the valving below the piston to the upper chamber above the piston. Oil in the lower chamber is also displaced through a valve and into the outer reservoir. The piston employs orifices and valving that allows it to move through the fluid. The valving at the bottom acts as a safety valve to vent excess pressure in the lower chamber into the reservoir when the vehicle hits a hard bump. In some premium level dampeners, the valve can react to the velocity of movement, so it doesn’t open unless there is a sudden increase in pressure.

In the past, shock engineers had to choose between soft or hard valving, which was always a compromise (and not always a perfect one at that). Also, the hydraulic fluid inside the shock absorber could mix with air and turn into foam (aka aeration). Foam is compressible, so the amount of resistance provided by the fluid becomes unpredictable and erratic. A monotube shock, however, doesn’t have an outer reservoir. All the oil is retained in the single chamber and a floating piston separates the fluid from a high-pressure gas charge.

High-pressure gas monotube shocks are generally filled with oil and gas in separate chambers. The gas can be charged up to 360 psi. Gas-charged shocks solve many of today’s ride control problems by adding a charge of nitrogen gas in the reserve tube. With the shock fluid under pressure, aeration is significantly reduced.

The gas pressure also provides resistance to fluid entering the reserve tube. This, combined with a large piston bore found on some shocks, provides the extra capacity needed for lower spring rate suspensions.

Monotube shocks are also used for many coil-over applications because of their compact design. Many of these applications feature adjustable valving so the ride characteristics can be fine-tuned or changed depending on how the vehicle is driven.

Monotube gas-charged shocks and struts can be a popular upgrade for consumers and are available for many import applications. Adjustable gas shocks and struts have variable valving, so the ride characteristics can be changed depending on the driving style of your customer. Stiff dampers are excellent for handling but are not the most comfortable for everyday driving on rough roads.

The best ride quality is achieved when the dampening force is stabilized. The pressure inside the shocks must be distributed evenly (especially with adjustable valving in the mix). Monotube shocks offer more dampening options than twin-tube shocks for several reasons.

Monotubes use a single valve mechanism that exerts pressure equally, whereas twin-tubes use several valves on the piston. The piston found in monotubes is usually wider than in twin-tubes, allowing more oil capacity, which plays a significant role in dissipating heat. The floating valve minimizes foaming because the oil and gas can’t mix. The result is that monotubes offer better and more precise damping.

Fading is a common problem that affects both monotube and twin-tube shocks. Constant pressure on the shock may lead to lower performance caused by the oil developing air bubbles (foaming). Fading affects twin-tubes more than monotube shocks because the surface area of the piston is smaller and has less oil capacity. Twin-tube designs are also more prone to oil and gas mixing in the two chambers.

One of the few limitations of the monotube shocks absorbers is in high travel suspension movements such as in an off-road environment where the piston stroke is significant. The stroke of the shock in some off-road vehicles can be an essential part of the suspension to absorb the movements of the tire while it passes the irregularities and obstacles of the road. In the case of monotube shocks, due to the internal design, the piston rod stroke is limited to the working chamber that is placed over the floating piston. But on twin-tubes, the piston has the freedom to move to the bottom of the chamber where the compression valve is located.

While OEMs continue to improve the factory ride quality, the standard gas charged shock absorber is still evolving to control the suspension. However, there are many opportunities to upsell your customer on a shock package (twin-tube or monotube) that is significantly better than stock replacement.

Advertisement
In this article:Ride control, shocks

Alignment: No More Toe And Go

How To Install Struts
Advertisement
Connect with us