Pontiac Forced Off the Road -

In what he called an “extremely personal decision,” GM Chief Executive Officer Fritz Henderson said the Pontiac brand would be closed by 2010. 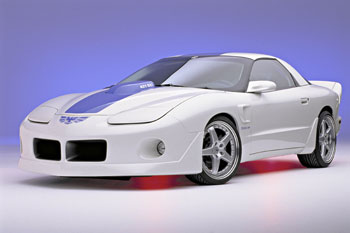 The announcement was made today following a General Motors business plan meeting with the Obama administration. The plan called for revising the total number of hourly jobs eliminated under the company’s plan to 21,000, the shedding of 2,600 dealerships and a restructuring of the company’s financials, Henderson also said GM will be left with four brands – Chevrolet, Buick, GMC and Cadillac. Decisions on what to do with Saturn, Saab and Hummer will be made soon.

Pontiac had built its reputation for performance in the 1960s and 1970s with offerings like the GTO — one of America’s first muscle cars — and the Firebird and Firebird Trans Am.

According to www.welovepontiacs.com, the first Pontiac car was introduced in 1926 after GM acquired the Oakland Motor Car Co. of Pontiac, MI, in 1909.

Pontiac was meant to be a low-priced companion to GM’s “Oakland” line, but Pontiacs proved more popular. By 1929, half a million Pontiacs were sold.

And, while Oakland ended production in 1932, the Pontiac continued on with early models including the Chief and Master Six Coupe, to the Star Chief and Catalina.

In recent years, efforts to revive Pontiac as a performance-oriented brand failed to work. GM had said that it wanted to keep Pontiac as a niche brand with one or two models. However, the government has been pressuring to the automaker consolidate brands that had been loosing money.