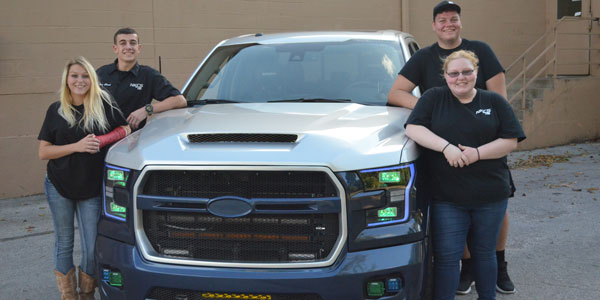 This year, the SEMA Show floor had a very special customized vehicle. No, we aren’t talking about a Chip Foose build or Ken Block’s newest racing machine. We’re talking about a completely modified 2017 Ford F-150, customized in part by the automotive department at the Career and Technical Education Center of North Kansas City Schools. 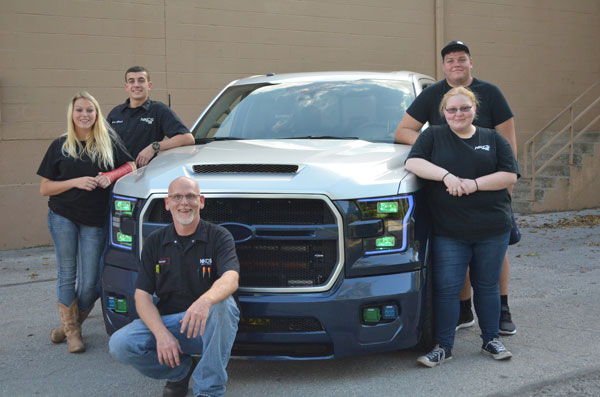 This year, the SEMA Show floor had a very special customized vehicle. No, we aren’t talking about a Chip Foose build or Ken Block’s newest racing machine. We’re talking about a completely modified 2017 Ford F-150, customized in part by the automotive department at the Career and Technical Education Center of North Kansas City Schools.

“These are young folks and they aren’t yet seasoned, but they have treated this as very seasoned veterans,” says automotive instructor Jack Stow of the Kansas City, Missouri-based school. “They did their research, they came together and it’s been an incredible experience.”

This summer, automotive instructor Jack Stow of North Kansas City Schools was approached by Chux Trux to help them complete a customized truck for SEMA — one they were calling Project #LoTech.

“Currently it’s called Project ‘Lo Tech’ because truly there should be no modifications that have to be made to these parts,”

Stow says. “You can just walk in and buy them and they’re supposed to be direct drop-in replacements for the vehicle.”

This low-tech nature of installing a huge list of high-tech parts, proved to be a little more technical than expected, but it was all a part of the journey.

A few days before Labor Day, the students and Stow were delivered the truck and got to work, only having a few months to complete the truck for their October deadline. While working on the truck, the students also created videos of themselves installing and discussing every part they installed for Chux Trux. 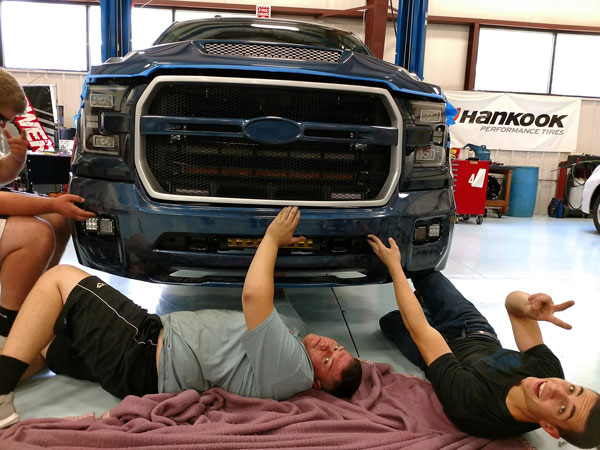 The plan from Chux Trux was to take the 2017 Ford F-150 Lariat 4×4 (with a 3.5L Ecoboost twin-turbo engine and Ford’s new 10-speed transmission) and turn it into a lowered truck with exterior modifications and rare performance modifications. Plus, the 4WD capabilities would remain intact with the lowering kit. The students would help with a portion of the modifications, while Chux Trux and a few other vendors would complete the rest.

“The first big thing we did was tear down the engine bay,” says Mason Purdon, a senior at the Career & Technical Education Center (CTEC). “We replaced the stock radiator with a full race radiator, as well as the transmission cooler when we got the truck.”

“The hot side, a turbo downpipe was already installed, so we went ahead and installed the cold side. We also had to make sure the power was working correctly, and figured out exactly how that works and I got it back on track to work properly.”

“When you take in each part, you’re just expected to learn a lot,” adds Carl Piraino, also a CTEC senior. “It really does accelerate the learning because not only do you have to know about that part, but to understand that part, you also have to learn about the factory part. And, I think this has really accelerated the year for me.”

Along the way, the students were constantly learning how to solve problems as things didn’t always go as planned. The throttle body, for example, needed to be installed using an extension for the wiring because the throttle body they received was for an older model engine and connected on the opposite side.

The students spent a lot of time working on wiring when they went to install the front fascia and custom grille. 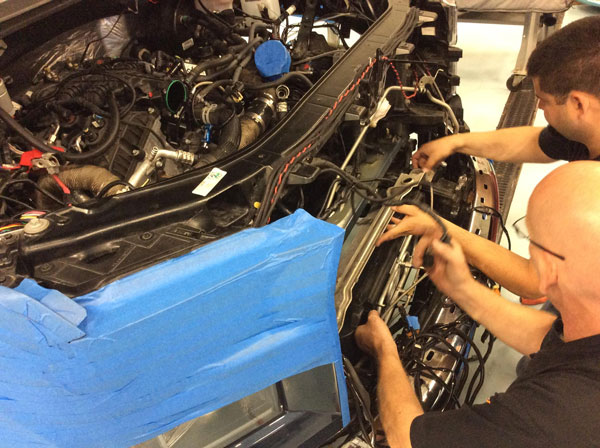 “All the stock wiring from the original headlights and fog lights were all scattered throughout the front end of the truck,” Purdon adds. “We kind of organized that in a nicer manner and tucked them in the stock bumper, which we had dropped down a few inches to clear for the new bumper cover.”

Additionally, the custom mesh grille also involved installing dynamic parts that can change colors so the headlights were rebuilt with diodes. Those extra wires also needed to be hidden, as well as any wires from the custom pillar, to hold the water methanol gauge.

A rare modification includes the lowering kit the students installed, that will still allow the truck to have 4WD capabilities. On the fun side, the students also got to install a train horn, which came with its own set of challenges.

Because the truck is a short bed, with the bigger gas tank, it didn’t have quite the clearance to fit the train horns underneath the truck. That’s where more customization came in. 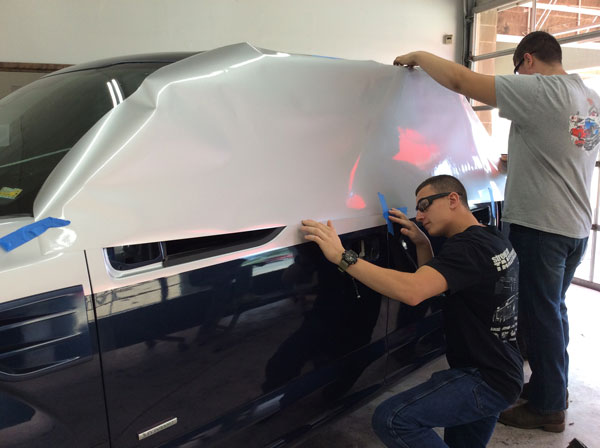 The students got to work and took apart the smaller horn and shortened it up to fit. Something the manufacturer has taken note of for future fitments.

“Getting all of these parts for things that we already have, and having to take stuff out and putting it back together, I think that’s probably the best part of it,” says Marla Hughes, a CTEC senior and one of the two female project leaders. “It’s usually not fun in the moment, but after you’re done, especially at the show, this is something that we can look at and say, ‘Wow, we did that.’”

Some final touches came in toward the end, including the students learning how to wrap the top half of the vehicle.

“Not a lot of people in general get this opportunity, but especially people our age don’t get this chance,” says Hughes. 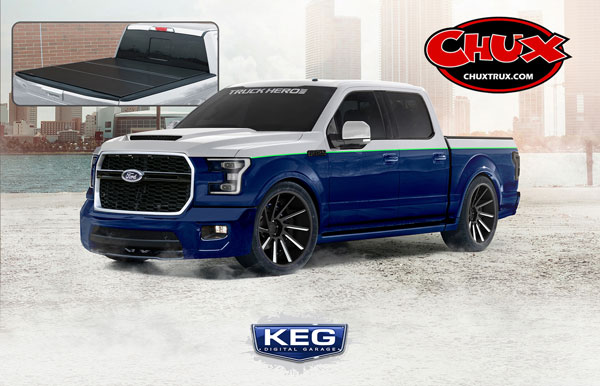 Rendering of the finalized truck by Chux Trux.

Kleinn – Onboard air & train horns with a vehicle-specific mounting kit 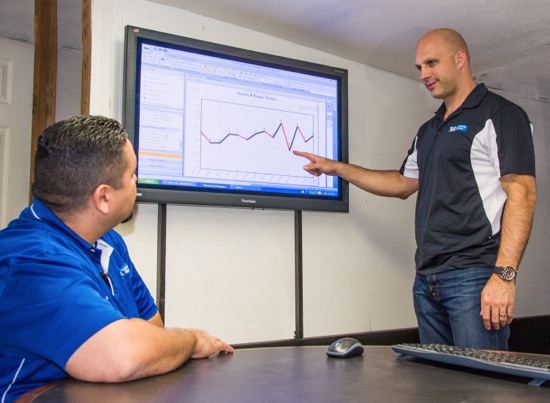 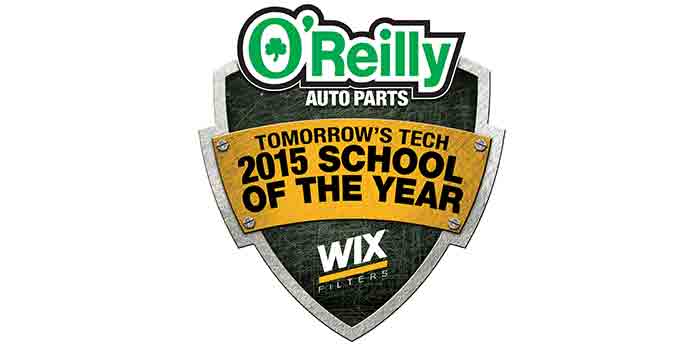 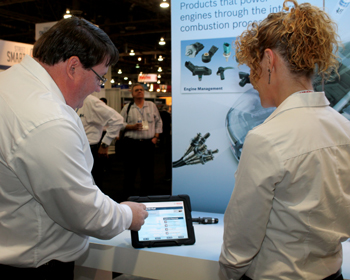