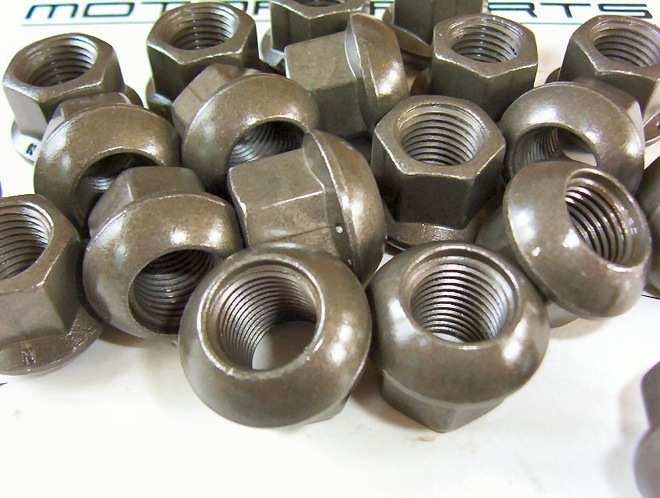 If there’s one thing tire techs deal with more than tires, it’s lug nuts. There’s quite a bit of knowledge and technique that goes into dealing with lug nuts and lug bolts. They’re relatively small parts under extremely large forces, and they are absolutely critical to holding the wheel on your customer’s vehicle, that knowledge and technique is quite important. 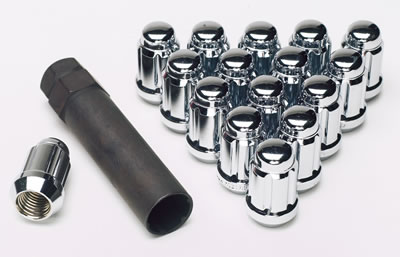 Techniques
I get angry when I see a tire tech put a lug nut onto a lug stud, give it a half-turn and then zip it onto the stud with an impact wrench. I’ve actually fired a tech for being unable to figure out why that’s a bad idea.

It’s highly recommended that you give the nut or bolt at least 10 turns by hand before ever putting a wrench on it to ensure that no cross threading has occurred, and that the threads are free of obstructions. I personally advocate tightening nuts all the way down to snug by hand before ever putting a torque wrench to them. This ensures not only that the threading is correct, but that the nuts have centered correctly in the lug holes of the wheel.

If you’ve spent any time at this job, you already know the “star-pattern” technique of applying torque to one lug nut (see illustration on this page), then the one directly across from it, but it’s important enough to bear repeating. Torquing the lug nuts in this manner ensures that they center properly. Tor­que one nut, then cross the center of the wheel for the next nut, and so on.

For a 5-bolt pattern, this will have you torque the nuts in the classic star pattern. For a 4-bolt, it’s a cross pattern. I assure you – as I have assured many techs over the years – it really is incredibly important that you do it this way.

Types of Lug Nuts
For the most part, dealing with lug nuts only involves using the ones that came with the wheels. However, chan­g­ing wheels will often require different lugs, and this is where it becomes important to determine that they are the correct type for the wheel.

• Conical – The most common type of lug nuts, conical lugs are – as their name implies – cone shaped and designed to fit a corresponding cone-shaped lug hole. A taper of 60 degrees is still the most common style. Conical lugs are generally easy to work with and center correctly just about every time.

• Flat – There are still enough of these around to be frustrating. Flat lug nuts have a mounting surface that simply extends out 90 degrees from the lug stud and looks like a large washer. Most also have a small barrel that extends into the wheel’s lughole for centering, which is what makes them somewhat tricky to deal with. If the lug is not centered just right, the stem can catch on the flat mounting surface rather than going into the hole, and if you’re not paying attention it can seem as if the lug nut has tightened when in fact it has not. The best way to avoid this is to hand-tighten all the lug nuts to ensure proper fit before applying final torque.

• Ball – Ball-style lug nuts are essentially round rather than cone-shaped. Thankfully, there are relatively few of these types left in service, as it can be very difficult to tell them apart from conical styles. Confusing the two can cause serious – and usually irreparable – damage to the mating surfaces on the wheel. Ball lug nuts can, however, still be found on certain Mercedes, Audi, VW and Honda vehicles.

• Tuner – Many aftermarket wheels are designed for extremely small diameter lug nuts usually known as tuner lugs. In the olden days, tuner lugs were open in the center and designed to accept a solid hex-shaped key for installation and removal. Most are not made this way anymore, as the open design allows a wide-open pathway for air and moisture to get to the studs and threads, causing serious corrosion problems. If you see a set like this, it’s a good idea to recommend that the customer change them out for a set of the newer spline drive lugs.

• Spline Drive – These lugs have many narrow grooves on the head and even down the sides that will accept a special low-profile key that can just fit over the lugs and into the lugholes. Some customers tend to think that spline drive lugs are akin to wheel locks and will protect their wheels from theft. This is not even slightly true. The spline drive key is never a unique pattern, and are easily available from any auto parts store. Relying on spline drive lugs for theft protection is no protection at all.

• Lug Bolts – While most cars have lug studs coming out from the rotor plate, some cars, particularly BMW, will have lug bolts that thread into the rotor plate. Most tire techs despise this as it means you can’t just hang the wheel assembly on the lug studs while you thread the nuts on. Instead, you must hold the heavy assembly up against the rotor plate while threading the bolts through the wheel and into the rotor, a process that requires approximately 3½ hands and a great deal of cursing.
There is an easier way. Sit down in front of the rotor plate with your feet just under the car and knees bent. Balance the tire and wheel assembly between both shins, letting it lean back against the rotor. By using your legs as a lever, you can control the height of the wheel assembly and match the lug holes to the holes in the rotor plate. This leaves both hands free for threading the bolts. There are also fork-shaped tools that are designed to do the same thing, but I have never found them to work nearly as well as a good pair of shins.

Torque
Proper torque is the most important part of installation, and is most often done wrong. I can’t count the number of times I’ve seen or trained a tire technician who thought that torquing a lug nut meant using an impact wrench and holding down the trigger until it stops spinning. Or, possibly worse, someone who thinks that they can control the amount of torque put out by an impact wrench by “feathering the trigger.”
I’ve never met a person who can reliably and repeatedly torque lug nuts to a prescribed tightness (as expressed in foot/pounds) using an impact wrench. This is why properly calibrated hand torque wrenches are a must.

Most modern cars require somewhere between 60 ft/lbs and120 ft/lbs of torque to properly tighten the lug nuts. More than the required torque can damage threads and even warp the brake rotors.

An average impact wrench puts out 300 ft/lbs to 450 ft/lbs of torque with every hammer stroke. Feathering the trigger will not lessen that output in any way, shape or form. The only way to mitigate the torque put out by an impact wrench is to use torque sticks.

These color-coded metal extenders fit onto the end of the torque wrench and accept a socket on the other end. Torque sticks are forged into a spiral pattern like a spring, such that when the proper torque is reached the metal begins to flex under the load and soaks up the extra torque produced by the impact wrench.

There are two problems with this. First of all, either of these procedures takes up an enormous amount of time – far too much for most busy shops. Second, torque sticks are generally accurate to within +/- 3% of the preset torque value, which is perfectly acceptable for putting on lug nuts without over- or undertorquing them. Most click-type hand torque wrenches are rated as accurate to +/- 4%.

Still, with certain wheels – the ones with really expensive finishes – power tools of any type are a bad idea. In this case, go with a good, clean hand torque wrench.

Lubrication
There is a great deal of argument is whether to lubricate lug threads. Some swear by the use of some form of anti-seize on the threads, whether lithium grease, WD-40, motor oil or Teflon spray. The idea is to prevent rust and make it easier when it comes time to remove the lugs. Others recoil in horror, saying that lubing the threads will iresult in overtorqued nuts, or that the lubrication will cause the nuts to work themselves loose.

Manufacturers, engineers and other industry experts seem to unanimously oppose using lubrication. On the other hand, some customers, DIYers and self-appointed Internet forum experts claim to have used thread lube since the very dawn of time with nary a problem.
My own opinion is more nuanced. I disapprove of lubricating threads in general, unless they are badly rusted. Most lug bolts and lug studs are coated with a substance intended to prevent rust, but certain makes and models seem to be much more vulnerable to rust than others (I’m looking at you, Volvo).

In that case I can see applying a small amount of lubricant to prevent further corrosion, but only after carefully cleaning the rust off the threads with a wire brush. In most cases, however, I would simply ensure that the threads are clean and not bother with lubrication.
If you do apply lubricant, make sure to do so carefully and only to the threads. Never allow any lubricant on the mating surfaces of the nut or the lughole of the wheel.

Much of the “stickiness” brought about by proper torque comes not from the threads but from the contact between mating surfaces. Even a thin film of oil between those surfaces can create a hydraulic barrier, preventing proper torque from being applied. This can also make it easier for the nut to work itself loose.

Either way, it’s always best to get that customer to return in two weeks to check the lug nuts for tightness if any lubricants are used.

Well, thus ends this month’s sermon. Now get out there and go nuts!