Real World: Steering Systems That Are Coming Down the Road -

The Steering System on light vehicles is one of the most critical interfaces between the road, vehicle and driver. The nature of this interface has remained virtually the same for most of the life of the automobile. Somewhere early on it was decided to upgrade the old “tiller” steering system with the traditional wheel. With all the activity in the industry that challenges the assumptions of current vehicle systems, what is the future for steering systems? 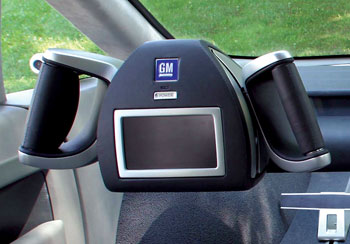 Steering Away From Current Platforms
Like many vehicle systems, the steering system is being influenced by the large changes in vehicle architecture attempting to achieve significant improvements in fuel economy, powertrain efficiency, and reductions in emission and greenhouse gases. Steering systems have traditionally relied on the engine to provide the source of energy for the steering boost systems.

Many of the new steering technologies will now rely on electrical energy as the source for boost and control. These technologies were presented that are based on this architecture. The new era for steering system is EPAS (Electronic Power Assist Steering). There are a variety of competing technologies vying for a place on the next generation of vehicles. 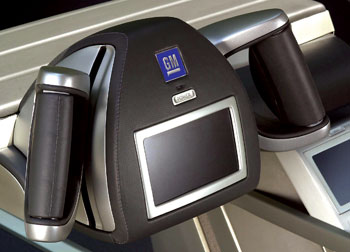 Fuel Reduction Improvements
Column EPAS relies on an electric motor providing an assist force to the driver’s input. The unit is mounted in line with the steering column generally in the base of the column before any U-joints. This style of system appears to be targeted for smaller size vehicles as it is relatively the simplest. For larger applications, the electric power assist will be integrated into the rack and pinion assembly. The boost assist will be transmitted into the intermediate shaft.

Some concepts will use motor and gear train assemblies and some act concentric along the intermediate shaft.
All of the systems eliminate the traditional hydraulic power steering pump, hoses, control valves and fluids. This becomes the attractive situation for fuel economy. The current hydraulic systems provide a continuous drag on the powertrain.

The pump is always turning even when there is no demand for power assist (straight highway speeds). As a result, there is some engine energy (fuel consumption) to keep this pump spinning. Even though the back pressure is low, the effects to fuel economy are measurable and a place for opportunity. With an electrically based solution, steering assist can become an on-demand system.

By eliminating the continuous drag of the traditional systems, improvements in fuel economy of a 0.20 – 1.0 mpg are considered possible. As the market and legislative pressures for fuel economy and emissions mount, these are attractive opportunities. Published projections by the OEMs are making very bold and aggressive predictions on the implementation of electric power steering. Some projections predict that the majority of passenger cars will implement some form of EPAS by model year (MY) 2012.

Joystick Steering
Even though these steering systems are all electrical, they should not be confused with another one of the industries key initiatives of X-by-wire technology. By-wire technologies (drive-by-wire, brake-by-wire, steer-by-wire) all disconnect the driver mechanically from the vehicle and road.

Like the most modern fighter jets, the driver turns a wheel that is connected to a package of sensors that converts the driver’s desired vehicle behavior into a command from a controller to an actuator that turns the wheel. In a true steer-by-wire system the steering column will vanish and the steering wheel might look very much like the controller of your favorite Xbox 360 racing game. Are we prepared for this? Based on some recent jousts with my son playing Halo 3, I’m sure he is, but his dad would need significant “retraining.” Maybe the driver will be given the choice of which interface he desires.

Steer-by-wire technology and the ability to “decouple” the driver from the rest of the system opens up many new opportunities for vehicle packaging, improvements in occupant safety, and new control opportunities. With the adoption of steer by wire having a steering wheel in front of the driver is only required because it is what we are familiar with. A center-mounted joystick or a wireless controller are now very practical options.

Consider handing steering control of the vehicle to the person in the passenger seat for awhile. With the elimination of the need for a steering column, the opportunities for improvements for driver occupant safety increase significantly. The steering column/ shaft is a very dangerous threat to the driver during front end collisions. The design of the shaft is heavily influenced by this and a great deal of effort is invested to engineer the steering column to collapse and deflect during a collision. Mounting the driver airbag into the steering wheel also poses significant engineering challenge as well.

With a decoupled system, you also have the ability to add or subtract steering at the wheels to adapt the vehicle to a desired behavior. Keep in mind, when the driver turns the wheel, they know what they want the vehicle to do, but they have no idea how much the wheels must move to do it.

Under some road conditions, the wheels must move three degrees to achieve the desired path. Under some conditions, six degrees might be required. It would be desirable if the driver didn’t have to know and adapt to each condition. These systems can do all the calculations for you.

Driver Conveniences?
Many of the future active safety features will rely on some form of active steering and ultimately steer by wire. By integrating these technologies with several other technologies, true crash avoidance can be envisioned. Consider a system with a forward looking radar scanning the situation ahead, blind spot detection to see where the other guys are, and the ability to slam on the brakes and also steer your vehicle around the obstacle. All of these types of systems are being researched and developed. Other convenience Systems are also growing out of this technology. Automatic Parallel Parking (APP) and Lane Departure Warning (LDW) are a couple of features that are starting to appear.

APP is an interesting concept. You already see manufacturers aligning on both sides of these systems. Some offer it as the next level of driver convenience, while others are boldly rejecting it as an insult to the true driver. Steering the car into the spot might be the relatively easy part of the system.

Think about all the other things the system must consider. How does it know if there is enough room in the chosen spot for the vehicle? How much room is it going to leave between the other cars? It may be able to shoehorn itself into a space with a couple inches on each end to spare, but can the other guy get out with what you left him? How many times do you let the system jockey back and forth to get in? Is the goal to always park in one elegant insertion or allow multiple jockeys to take advantage of the minimum space necessary to park vehicles? Does the system know if you happened to put the trailer tongue in this week or have the snow plow on? Once you take the driver out of the loop on something, many times all the “What ifs” and “Yeah, buts” require the most effort to develop a system that in the beginning is pretty straight forward.

Warning Systems
Lane Departure Warning attempts to alert the driver he has or is about to drift out of his lane. Once recognized, the system provides the driver some kind of message. The type of message can take many forms —  a flashing light or an audible chime/buzzer.

Some systems will generate a shake in the steering wheel to mimic the rumble strips found on the side of some highways. A lot of debate goes into what type of character the vehicle should take when alerting the driver. Should your vehicle be your buddy and gently remind you that something has developed or should it be the strict task master and slap your knuckles when you screw up? A lot of questions like these are being debated as these advanced systems are developed.

Down the Road
While the opportunity for improved comfort, safety and driver convenience are wide open, one of the key challenges to get these systems ready for the market is the necessity to insure that the reliability and redundancy is established. The level of reliability that systems like these must demonstrate is significantly higher than even the very strict standards expected in today’s auto industry.

Current product reliability surveys show well performing vehicles achieving failure rates in the range of one failure/few thousand vehicles. These active safety systems require increases in reliability reducing critical failures to levels approaching one failure/hundreds of thousand vehicles or higher. These challenges are generally not the most glamorous engineering projects, but certainly the most critical.

This is an exciting time in the auto industry. A great many of the traditional architectures of the current vehicle are poised to change significantly in the next decade. Conferences such as this recent one confirm that this technology is fast approaching.