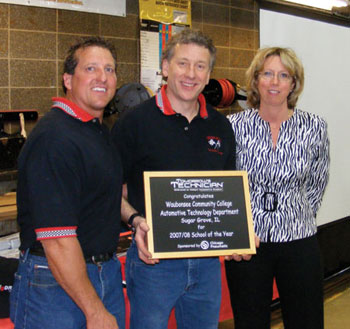 The school also received $7,000 worth of Chicago Pneumatic tools, and shirts, hats, pens and other items commemorating their achievement, from Chicago Pneumatic and Babcox Publications, whose T2 trade magazine is dedicated to the education of future technicians.

“We’re extremely proud to be involved in honoring schools across the nation that display a great sense of leadership and excellence in the development of young automotive technicians,” said Jay Lewis, general manager Charlotte Operations & Vehicle Service Americas for Chicago Pneumatic. 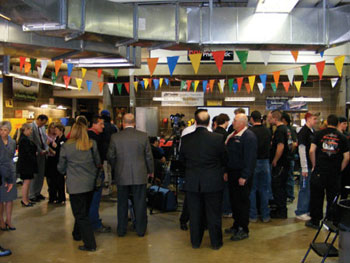 The partnership between Chicago Pneumatic and Babcox was built from a mutual desire to assist in the education of young technicians and to recognize the efforts of teachers, students and schools nationwide.

“Babcox and Tomorrow’s Technician share Chicago Pneumatic’s dedication to technical training and safety,” said Skove. “Through this process we’ve had the chance to learn about the great programs at more than 170 schools across the country, strengthening our already robust belief in the quality of technician education.”

This award is not the first for WCC. In 2007 the program was ranked first nationally by the Automotive Industry Planning Council (AIPC), and as a member of Vocational Industrial Clubs of America, students have placed in the top three in state SkillsUSA competitions 16 times since 1995. 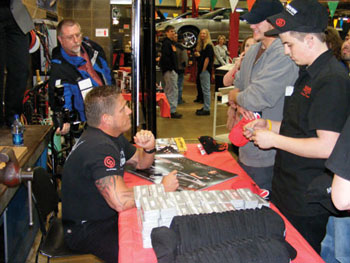 “We’re honored to be recognized by Chicago Pneumatic and Tomorrow’s Technician as the 2008 School of Year,” Kunz said. “This award is a reflection of the administration’s support of the program, and our
students’ determination, willingness to learn and drive to succeed in this industry.”

Armitage said the award highlighted the diversity of the department and students’ hard work. The department has 124 students and offers courses in a variety of auto areas. 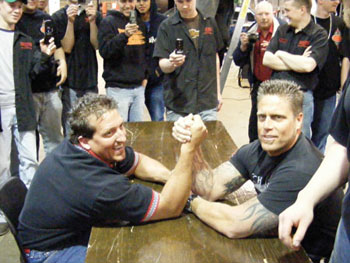 “It’s more than just an auto mechanic training factory,” Armitage said. “We want our students to find and push their interest in the area they’re best at.”

Evans Featured at the Event
The award presentation at WCC included a surprise visit from automotive designer and TV personality Rich Evans of Huntington Beach Bodyworks. Evans was onsite during the ceremony to meet the students, conduct tool demonstrations, and answer questions about the automotive repair industry.

“As a public figure in the automotive repair and design industry, I feel it’s crucial to encourage and pass along as much knowledge as possible to the next generation of technicians,” Evans said. “It’s always great to spend time with students who are truly dedicated to bettering our profession.”

During his presentation, Evans told the WCC students that he grew up sweeping floors and watching his father build hot rods. Evans’ early experiences in his father’s shop helped form him into the award-winning
designer and hot-rod builder that he is today. He told the students — whether in a class or on the job — to “absorb as much (knowledge) as you can.”

“I’d like to see your guys’ generation go further than mine,” Evans told them.

More than 80 schools entered the competition for School of the Year honors, including the other three regional finalists:
• Tennessee Tech Center in Newbern, TN;
• North Central Technical Skills Center in Wenatchee, WA; and,
• the Sultana High School Automotive Tech Program in Hesperia, CA.
Each of these schools will receive $2,000 worth of Chicago Pneumatic tools, finalist plaques and Chicago Pneumatic gear. 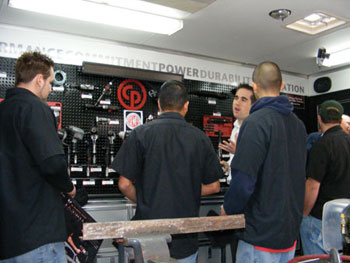 Tight Contest
While the staff of Tomorrow’s Technician and Chicago Pneumatic agreed that Waubonsee Community College was very deserving of the inaugural award for the 2007/08 School of the year, it should be noted that all schools that participated in the contest were to be congratulated.

Contest judges received more than 170 applications nominating more than 80 schools across the country.
Some of the highlights of the WCC auto program’s application  included the school’s recruitment programs including their open house events, orientation programs and their efforts toward attracting female technicians into the industry.

Other noteworthy accomplishments the judges noted was 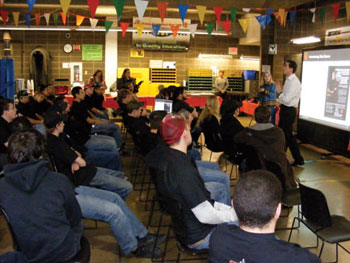 WCC’s awards and competitions including the #1 ranking by The Automotive Industry Planning Council, its participation in the annual SkillsUSA program where WCC has won numerous first-, second- and third-place finishes during the last 11 years and the
recognition and awards won by its instructors Armitage and Kunz, who are well-known in the national automotive education circle. Both instructors are ASE Masters, IM240 emissions certified and have multiple degrees from respected schools.

Judges said they also were impressed with the school’s business and industry partnerships with the five area “feeder” high schools, as well as Southern Illinois University.

But, what the judges found most impressive were the comments received from current and past students of the WCC automotive program.

Derek DeMars, a full-time student in Waubonsee’s Auto program, said his school is the best for many reasons. He credits the most important reason WCC should be the award recipient is because of its instructors.
“Our instructors are great. They schedule live work from faculty and students to get a real shop environment for second-year students,” DeMars said.

“All this semester, just about every day, we were in the shop and I was working on a different car. Seeing a variety of different designs in this field is important. The classroom is just as important as the shop, though. We still spend a good fraction of time in the classroom. What is great about our instructors is they know how to keep everyone’s attention.”

Mike Livorsi, a student in the auto program, credits the focus on education as his primary
reason the school would win the award.

“Being it is a small community school,” Livorsi said, “there are a greater number of students that are able to attend and receive a quality education, and not only in automotive technology. To earn a degree, students must also take general education courses that will help them in the work world after school.”

Livorsi said he believes the education he’s receiving at WCC will make him a well-rounded, viable candidate in the automotive repair field.

“On the subject of getting a well rounded education, the automotive programs offered at Waubonsee cover all the bases needed to get going into the field. Not only do the classes cover major areas of Automotive Technology, but the instructors are, I believe, two of the most knowledgeable and able individuals I have ever had the pleasure of working with!”

Special thanks to Amelia Flood, a reporter at The Kane County Chronicle, who helped with this report.

Real World: Waubonsee Community College is the Head of the Class