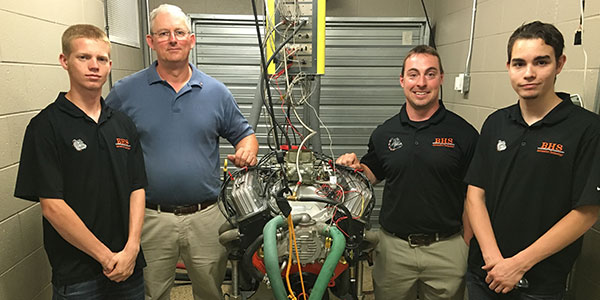 This engine build tale takes place at Brighton High School in Brighton, MI, by three teenagers who had never rebuilt an engine before.

Stop me if you’ve heard this story before: a couple of guys get ahold of a tired late-model Chevy 350 V8 and decide to rebuild it into something with a bit more teeth. With the help of a more experienced engine builder, they spend about a year working on the block and heads and finally get a chance to test it on a dynamometer. When all is said and done, they manage to add 110 hp and 115 lb.-ft. of torque to the 20-year-old motor. 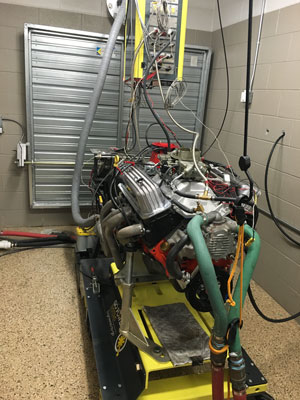 Yeah, it’s a common tale — except that this engine build took place at Brighton High School in Brighton, MI, and was handled by three teenagers who had never rebuilt an engine before.

“I’ve tinkered with go kart motors before, but I’d never actually built an engine, so when Mr. Roberts asked me one day if I’d like to try it, it seemed like a great idea,” says senior Dylan Marsh.

Rocky Roberts, automotive instructor for Brighton High School, leads a program that has gone from the verge of extinction to arguably one of the most respected in the State of Michigan in less than three years. With more than 130 participants each year, the program has caught the attention of leading manufacturers and suppliers to the automotive aftermarket.

“I met Rocky when he was at another school in the county,” explains John Hodges of Go Power Systems. “When he took the job of automotive instructor at Brighton, he asked if we had a dyno package we could offer because he planned to reinvigorate the school’s auto shop program.” 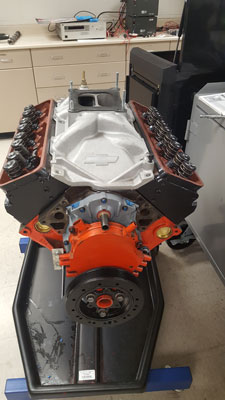 His plan was ambitious, Roberts admits. “The program was struggling and the district was considering closing it. I had the opportunity to submit three different proposals for keeping it open: the minimum that was needed; a moderate program comparable to what other schools were doing; and an aggressive plan to create the best program in the county. To the credit of the school board, and especially member John Conely and Superintendent Greg Gray, they decided to make it the best.” 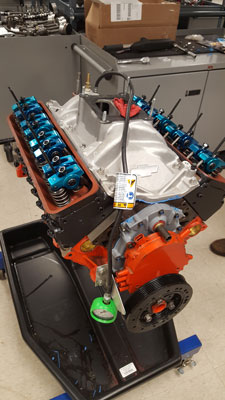 After nearly a half-million dollar investment in tools, equipment and additional infrastructure improvements, the Brighton Area Schools have a jewel in the educational community and a facility that rivals many of the leading automotive repair operations in the entire country.

Of course, without a committed leadership team and invested student base, even the best equipment will be useless. According to Marsh and Cody Fairall, two of the students who built the LT1/LT4 engine, the dedication to excellence is evident at all levels. In just a few short years, the program has produced kids who have interned with or secured jobs at Ilmor Engineering, General Motors and several other Southern Michigan businesses.

School Board member Conely, who donated the police interceptor engine from a 1995 Chevy Caprice and mentored the build, explains that the students were under a tremendous amount of scrutiny for their first build. “The students document every part during assembly and testing so if they have a failure they can fix it. This is part of what we’re teaching – we do evaluation and testing for durability. We’re not just building these motors to idle,” he says.

“The original motor made 230 hp and 300 lb.-ft. of torque. We increased the stroke to 3.750”, added a forged crank, modified pistons and upgraded lifters among other improvements. Their final exam was shaking the engine loose on the dyno, with full power test runs up to wide-open throttle at 6,500 rpm,” Conely says.

Fairall admitted to being nervous about manning the dyno — and whether the engine would hold together — but the experience was a positive one. “Our final results were 340 hp and 415 lb.-ft. of torque,” he says.

“They worked on the engine all semester and we ran it on the dyno the last day of school for seniors,” explains Roberts, “so they were pretty nervous. That day, as all the students came to class, we did a five-minute demo for each of them. There was definitely a buzz throughout the school.”

The dyno cell was designed and constructed in part with the support and assistance of parent volunteers, including Go Power Systems’ Hodges, whose son was a student in Roberts’ classroom prior to the dyno purchase.

“The school got a full-blown GPR Racing package including a D557 standard gas dyno good for 1,000 hp and 10,000 rpm and the GPS 6000 data acquisition and control pack. The electronic throttle and load control allows them to do simulated runs or sit back and work the throttle themselves,” Hodges says. “Students are able to get real-world experience like they can’t find at any other high school.” 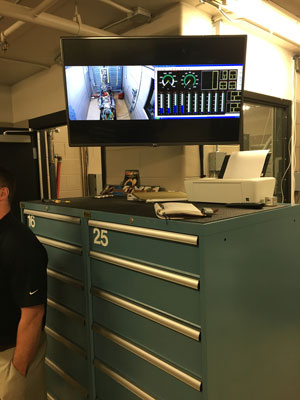 The dyno used by Brighton High School gives valuable hands-on experience to students that they typically wouldn’t get until college or technical school.

The dyno uses a closed-loop water system with a 1,000-gallon tank in the lab’s mezzanine and 100-gallon catch tank outside the dyno cell. Water is pumped between the tanks and through the dyno. “We’re recirculating the water so that the school isn’t using the city water supply or a well,” Hodges explains.

Roberts has set the bar at Brighton extremely high, according to the school board members, and everyone in the county is trying to keep up. The program conforms with NATEF standards and students are trusted with top-shelf tools and equipment from their first day in the shop.

It’s not only high school students who are impressed with the efforts of the Brighton High School instructors. Area middle school students are invited to participate in a program and the school partners with General Motors in a program that begins at the first-grade level.

“I give all the credit for this program’s success on the teachers’ shoulders,” says Conely. “They’ve had to fight the battles to get where they are and I congratulate them.”

Dignitaries from General Motors, Toyota, Ilmor and McLaren have toured the facility and Hodges says he takes potential customers through the school to see what can be done. In addition, the program causes envy in the hearts of many people on regular basis.

“I’ll admit that a lot of dads who come to parent-teacher conferences say they want to come back to school and go through our program,” says Roberts.

Adapted from an article in Engine Builder. 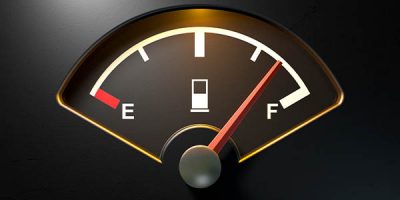