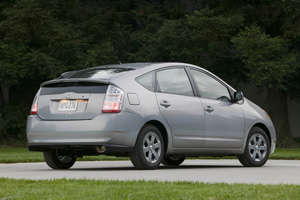 TOYOTA MOTOR CORPORATION (TMC) announced on January 13 at the 2008 North American International Auto Show in Detroit that it plans to commence sales of lithium-ion battery-equipped plug-in hybrid vehicles to fleet customers in the United States and elsewhere by 2010.

To this end, TMC and the Matsushita Group are currently investigating the feasibility of mass production of lithium-ion batteries at the Omori Plant in central Japan of their joint-venture company, Panasonic EV Energy Co., Ltd. 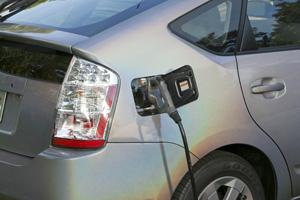 Toyota has a long history of working collaboratively with both universities on the development of advanced technology and alternative-fuel vehicles, including demonstration and research programs involving fuel cell vehicles, gas-electric hybrids and pure electric vehicles.

This next phase of its sustainable mobility partnership involving plug-in hybrid vehicles will be conducted in conjunction with the Alternative Fuel Incentive Program jointly developed by the California Air Resources Board (CARB) and the California Energy Commission (CEC). The goal of this program, which was authorized under California Assembly Bill 1811, is to incentivize the use and production of alternative fuels and vehicles.

"Our goal with this program is to evaluate various advanced vehicle technologies, as well as key factors such as infrastructure, intelligent transportation systems, and urban design," says Dave Illingworth, senior vice president and chief planning officer for TMS.

"The Toyota Prius convinced mainstream consumers on the merits of hybrids. Although there is much work to be done with plug-ins, we see this pilot program as a significant step in the advancement of the technology."

A conventional gas-electric full hybrid system, such as that found in the Toyota Prius, is powered by both an electric motor and a gas engine. The system operates in pure-electric mode, pure-gas mode, or a combined gas-electric mode.

The electric motor is powered by a dedicated battery pack that is kept charged by electricity generated by the gas engine and the vehicle’s re-generative braking system. The fact that the hybrid battery never needs to be plugged-in to a recharging station has been one of the primary selling points with mainstream consumers.

Based on the current-generation Prius, the PHEV prototypes (seen here) will be powered by oversized packs of nickel-metal hydride batteries that effectively simulate the level of performance Toyota expects to achieve when it eventually develops its own more advanced, compact and powerful battery systems.

The prototype PHEV system is designed to operate in a similar manner to the current Prius, switching from pure-electric mode, to gas-engine mode to a combined gas-electric mode. The big advantage is that the PHEV’s prototype battery pack is capable of storing significantly higher levels of electricity, supplied by "plugging into the grid" for periodic recharging sessions.

With significantly more electric power in reserve, the vehicle will be capable of operating in pure-electric mode for longer periods of time and at much higher speeds than the current Prius. This will result in substantial gains in fuel economy and a major reduction in total tailpipe emissions of smog-forming gases, over current conventional hybrid systems.

Given its commercial success, it’s no surprise that the further advancement of hybrid technology is a top priority for Toyota. As of the end of May 2007, cumulative sales of Toyota hybrid vehicles worldwide topped the one million mark, a global sales number the company hopes to hit annually in the early 2010s.

The U.S. market accounts for more than half of Toyota’s first million hybrid sales—604,693 vehicles from the first Prius sold in 2000 through June 2007. And despite decreasing tax credits, demand continues to climb.

"The cost-benefit of hybrids is becoming more apparent with climbing gas prices," says Jim Lentz, TMS executive vice president. "We anticipate combined sales of Toyota and Lexus hybrids in the United States to reach a quarter million units this year."

The price of gas isn’t the only reason people purchase hybrids; many are concerned about reducing dependence on foreign oil and tailpipe emissions. A recent study by the National Renewable Energy Laboratory says hybrids have saved close to 215 million gallons of fuel in the United States since their introduction in 1999.

Additionally, Toyota estimates that over the past decade, hybrids worldwide have emitted approximately 3.5 million fewer tons of CO2 than gas-powered vehicles of the same class.