Trump to Take a Backseat to Legendary A.J. Foyt as Pace Car Driver - 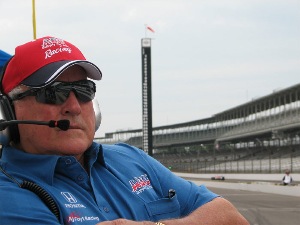 INDIANAPOLIS — Donald Trump last week informed the Indianapolis Motor Speedway that he may be announcing shortly his intention to run for the office of President of the United States, and therefore he thought it would be inappropriate to drive the Pace Car for the 100th anniversary running of the Indianapolis 500 on Sunday, May 29.

"I very much appreciate the honor, but time and business constraints make my appearance there, especially with the necessary practice sessions, impossible to fulfill," Trump said. "I look forward to watching the race from New York."

In his place, A.J. Foyt, the first four-time winner of the Indianapolis 500, will drive the Chevrolet Camaro Convertible Pace Car at the 100th Anniversary race.

Houston native Foyt also will mark his 54th consecutive Indianapolis 500 as a driver or team owner this year, an unprecedented span. He made a record 35 consecutive starts as a driver from 1958-92 and led a record 13 races. He also completed 12,272.5 career miles in the race, another record.

"Since I won my first Indy 500 50 years ago, I had hoped to still be racing in it, but driving the Pace Car is the next best thing," Foyt said. "Seriously, racing has always been very important in my life – it’s been my life – and the Indianapolis 500 is the most important race in the world. I lived for that race.

"When I got hurt in race cars, I always made it back for Indy because it is that important. That’s where people know me – from Indy. So being asked by my good friend Mari George to drive the Chevy Pace Car for the 100th anniversary of the Indy 500, well, I couldn’t have a bigger honor come from the Speedway and the Hulman-George family," Foyt said.