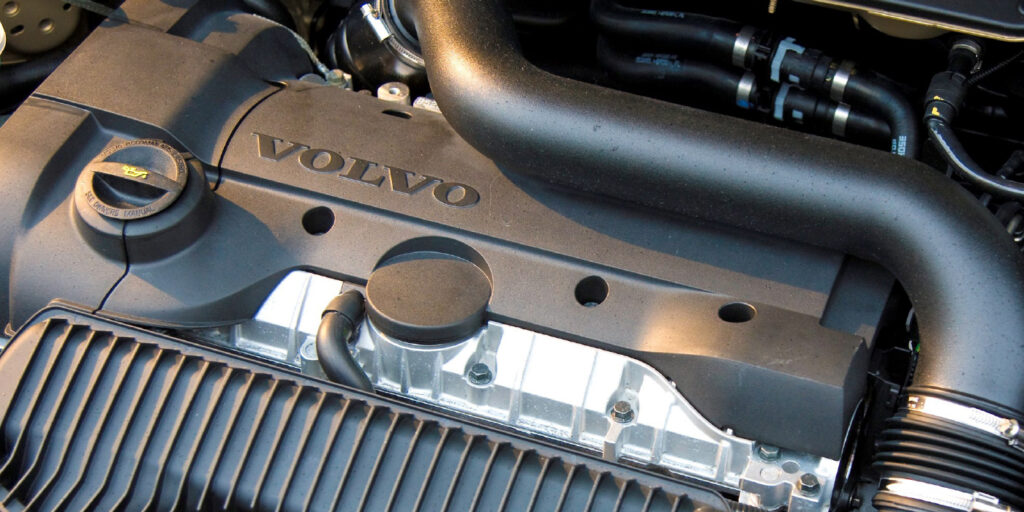 The Volvo modular design that can have four, five or six cylinders made its debut in 1990 in the 960 sedan as a six-cylinder and never stopped improving.

What is a Volvo? In 1999 the company was acquired by Ford. By 2006 all of the boxy Volvo platforms were gone and replaced by Ford platforms. But the engines remained uniquely Volvo. In 2010, Volvo was purchased by the Chinese automaker Geely, and the purge started again.

In 2014, Geely started to replace the old Ford platforms with its Scaleable Platform Architecture (SPA) for larger vehicles and Compact Modular Technology (CMT) for smaller vehicles. The SPA platform is used for cars and SUVs sold in the U.S. SPA will only be using a 2.0-liter four-cylinder engine that can be tuned with turbochargers and superchargers to deliver between 140- to 250-hp. On some models, Volvo has paired the engine with an electric motor and battery to advertise 400-hp.

There are many combinations for the Volvo modular engine. The seven-digit sequence can tell you more about the engine than the VIN (see box below). The number is typically on a sticker on the timing belt cover or stamped onto a flat spot on the block on the firewall side.

The five-cylinder engine has a timing belt that has a replacement mileage dependent on the year. The six-cylinder can have either a timing belt or chain. Models made between 1999 and 2003 have an interval of 105,000 miles. In 2004, Volvo changed the recommendation to 120,000 miles and 150,000 miles depending on the engine. Also, different years have age recommendations that trump the mileage for the replacement interval. Volvo has issued a TSB that lists the recommended interval for 1999-2014.

Volvo recommends replacing the tensioner when the timing belt is replaced. Also, it is recommended that the water pump be replaced along with the belt. Behind the crankshaft pulley is the oil pump. Look for oil leaks around the shaft. If the pump is leaking, it can damage the new belt.

Before tensioning the belt, look at the service information for the correct procedures for the specific engine. Tightening the timing belt tensioner on some models is dependent on the temperature of the engine. The adjustment should be carried out on a cold engine. A suitable temperature is approximately 20° C/68° F. At a higher temperature, with a warm engine or a higher ambient temperature, the needle is further to the right. Always turn the engine over at least twice to make sure the marks on the camshaft and crankshaft still line up after it has been tensioned.

The Swedes have loved their oil or flame traps on their Volvos since the 1960s. The system is designed to separate the oil from the crankcase vapors and drain the oil back into the oil pan. The Volvo modular engine is no different.

The main problem is that the trap can clog and cause high crankcase pressures. A blockage is a sign the owner has neglected oil changes or has used low-quality oil. A clogged trap can lead to oil leaks from all gaskets and seals.

You can use a pressure gauge to measure the crankcase pressure. On a good car, even when raising the idle, the gauge won’t move above 0 psi. Plugged traps will have more between 0.5-4.5psi. Even if you see no pressure, the box can be partially plugged and should be replaced. If the car has 100,000 miles on the odometer, the oil trap should be serviced.

It is possible to break up the blockage with welding rod, but it might be a temporary fix.

Replacing the trap is a tough job that involves removing the intake manifold and, in some cases, the power steering pump and alternator. The trap drains into the crankcase and oil pan; often the passage can become clogged. To clear the passage might require removal of the oil pan. It is a good idea to replace all the oil trap-related hoses and clamps due to the location under the intake manifold.

The Volvo modular engine does not use a conventional valve cover. On the cover, it holds part of the camshaft journals. Removing the cover requires locking down the timing and possible removal of the belt or chain.