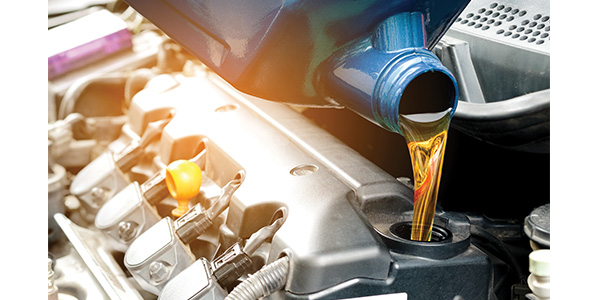 Technicians who perform oil changes in the future will need to pay extra close attention to what they’re putting in the vehicle.

Technicians who perform oil changes in the future will need to pay extra close attention to what they’re putting in the vehicle. While we’re waiting for API’s newest GF-6 oil standard to be approved, we are discovering just what future oil service may look like for shops.

In 2012, the American Petroleum Institute (API)and ILSAC began working on the development of GF-6 as a replacement for SN/GF-5. It was supposed to be rolled out to the public in 2016, but the deadline came and went, and the rollout was pushed back until 2018. As we glance at the calendar today, it is March of 2019 and still no new oil standard.

We spoke to API’s Kevin Ferrick about the status of GF-6 to nail down what is holding things up and when it will finally be approved for oil marketers to put the product on the shelves and in shops.

Problems with gasoline direct injected (GDI) and turbocharged direct injected (TGDI) engines have led manufacturers scrambling for solutions to low-speed pre-ignition (LSPI), which is one of the primary concerns. The OEMs, API and ILSAC got together to fast track a new SN classification that would deal with them called SN-PLUS. It’s a GF-5 but closer to a GF-6 without the new tests. Part of the holdup for GF-6 has been that API added three new tests to the development process and has updated the baseline engines that are used for the other tests.

Ferrick says they need to get one new engine sequence test finalized as it is undergoing interchange matrix testing. The new criteria for GF-6 include a chain wear test, which is new and is using a new engine (2.0L Ford EcoBoost).

Of the seven new GF-6 engine sequence tests, six of the tests are complete. “There are seven new tests, including four that are replacements for the current versions of the ASTM Sequence III, IV, V, and VI tests. The three new tests include a revised version of the Sequence VI that will be used to qualify low-viscosity oils and the Sequence IX (LSPI) and X (chain wear). All of these are newer engines that are more representative of what’s on the road today. But the new engines mean new engine appetites, which could impact how long it will take to qualify oils.”

LSPI is an abnormal combustion event that can cause severe damage to an engine and often goes unnoticed until the damage is already done. The phenomenon occurs at low speeds when the engine is heavily loaded during wide open throttle (WOT). Tiny droplets of oil mix with fuel in the combustion chamber and prematurely ignite before the spark plug fires. The result is uncontrolled combustion that hammers down on the piston with massive cylinder pressure spikes.

The current trajectory of SN PLUS to GF-6 has been to upgrade the additive package to reduce LSPI events within the current standard. The addition of SN PLUS happened because GF-6 was going to take a while to complete. OEMs felt they needed to address LSPI sooner than later. But, LSPI tests will be carried over to GF-6’s new oil tests.

According to Ferrick, LSPI and chain wear are the main new tests that are different than the previous oil grade, and they are making sure to get it right. With GF-6 approval, he says consumers can be assured they are getting the recommended oil for their application.

LSPI is a higher risk with blends that use calcium as an additive, which is in a lot of SN oils that helps to keep pistons and turbos clean. The new recommendation might impact calcium levels with added magnesium as a substitute detergent.

Ferrick said that adding new engines for the sequence tests, while challenging, was needed to address what is needed by vehicles on the road today and vehicles that will be on the road in the next few years. “Getting all of the parties together to agree on the new tests has also been a challenge, but the group has been working collaboratively and is making great progress,” he added.

Many of the legacy tests from GF-5 were nearing the end of their useful life. In many cases, replacement parts for the engines are nearly depleted. So the decision was made to update the engines, approve them for the new oil standards, and validate the new tests as replacements for the older ones. Sequence IIIH has replaced Sequence IIIG, which is an oxidation and deposits test. This test is an updated legacy test that will use a 2012 FCA 3.6L port fuel injected (PFI) engine. The IIIG test was run on a 1996 GM 3800 V6 engine, which is no longer in production, and they were running out of parts.

The Sequence VH test will replace the current Sequence VG, which was one of the oldest tests under the GF-5 and was run on a 1994 Ford 4.6L V8. Parts for this engine were also getting harder to find, so the replacement test will run a 2013 Ford 4.6L. This test evaluates the ability to prevent “sludge and varnish.”

Sequence IVB, the Cam/Wear test, will be run on a 1.6L 4-cylinder Toyota engine. At the moment, this test may not be validated for use as a replacement for the current Sequence IV test, the IVA. Test kits for the IVA, a 1994 Nissan 2.4L engine, are actually still in reasonably good supply and the test is expected to be available for a few years.

The LSPI test is brand new and will use a Ford 2.0L GDI engine (i.e., EcoBoost). This test is in addition to another new test for timing chain wear. The chain-wear test will determine how blow-by, resulting in fuel dilution and contamination of the oil, can lead to increased chain wear. A Ford 2.0L engine will be used to run this test as well.

The Fuel Economy Test (Sequence VIE) will be conducted with a 2012 GM 3.6L engine that replaces a 2008 2.6L Cadillac engine used in the current test. This test measures effects on fuel economy, which is one of the primary goals set for GF-6 to improve. A modified version of this test (Sequence VIF) will be used to measure fuel economy in low viscosity oils.

The seven new tests have required a significant change from the older tests, and API and the stakeholders want to make sure they have all of the potential pitfalls covered before releasing a license to oil marketers. Ferrick has assured us that they are nearly there and that a vote on the final phases should be set in the new few months.

To make things even more confusing, API will be releasing GF-6A and GF-6B simultaneously, which is another reason for all the new tests and data verification. The specification for GF-6A will be backward compatible for vehicles currently using SN PLUS or Resource Conserving SN. These oils will include viscosities as low as SAE 0W-20. It will address chain wear and LSPI, but will also be aimed at the current crop of GDI and GTDI engines. The newest engines will go even a step further and require SAE 0W-16 such as those from Toyota and Honda. Technicians will need to be careful not to pour in the wrong oil because it could run counter to vehicle manufacturer recommendations. Ferrick says API has proposed a new symbol that will be used specifically with GF-6B. The proposed mark will look more like a shield than the traditional API Starburst, and it will be prominently located on the front of the bottles.

Ferrick says the manufacturers would like to see the first GF-6A and GF-6B licenses roll out and be on the shelves by April 2020. One of the hang-ups could be the rollout of the base oil interchange guidelines. Oil marketers want to have the guidelines set so that they may receive approvals on as wide a selection of oils meeting the GF-6A and GF-6B specifications, as possible.

What Techs Will Have To Worry About With GF-6 Oils