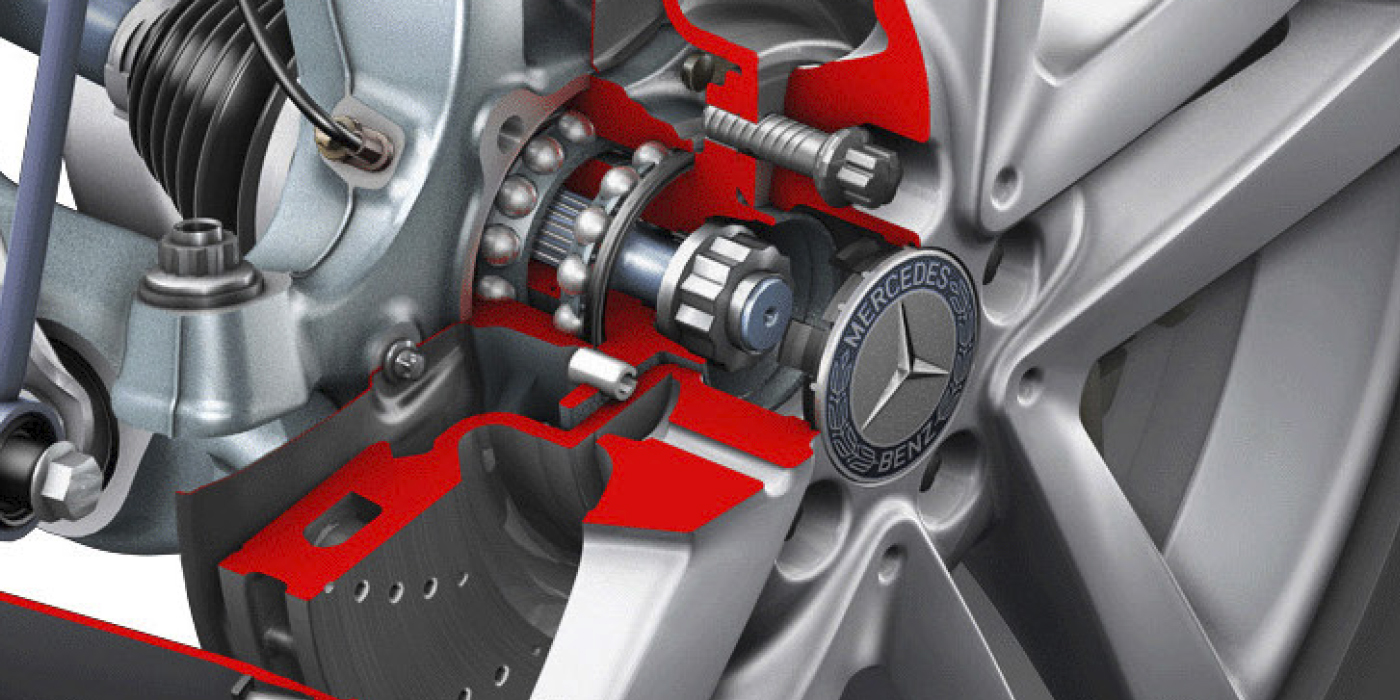 Back in the day, a lot of systems on a vehicle were isolated. The brake system brought the car to a stop. The wheel bearings kept the wheels spinning. A transfer case and front axle allowed a car or truck to drive all four wheels.

Of course, modern vehicles and systems do not work that way. Engineers connect the systems so they work together for added functionality. But this synergy creates dependence. Understanding these relationships is critical for diagnosing a Mercedes Benz’s driveline and brake problems and ensuring peak performance.

One of the most critical pieces of input data for any Mercedes is the speed of each wheel. Wheel speed data for the majority of Mercedes vehicles comes from active wheel speed sensors, which can detect small movements of the wheels and in forward and reverse motion. This data is used by the ABS, ESC and even the TPMS system.

The wheel speed sensors have the tone or reluctor ring mounted or otherwise incorporated in the inboard seal of the wheel bearing hub units. Depending on the Mercedes application, the sensor can be part of the hub unit or mounted to the knuckle.

If the bearing develops play, the relationship or air gap between the tone ring and wheel speed sensor is changed. When this happens, measuring the speed of the wheel in that corner becomes impossible.

Since 1988, every Mercedes-Benz vehicle has come with an ABS hydraulic control module under the hood. Over the past 20 years, the number of channels and solenoids has increased inside the module, along with its processing power. But, the one thing that has stayed constant is the wheel speed sensors are wired directly to the module.

As the stability control was added first as an option and then as a standard feature, other sensors were connected to the ABS module like the steering angle and yaw sensors.

All 4MATIC systems use an Electronic Traction System (ETS) and an Electronic Stability Program (ESP) that uses the ABS modulator and brakes to control traction. The hydraulic control module on a 4MATIC has at least 12 valves. With these control channels, the ETS can make a 4MATIC vehicle with open differentials perform like it has limited-slip or locking differentials. Passive or open differentials transfer the power to the wheel(s) that is spinning the fastest, or the wheel that is on the ring-gear side of the differential.

The ETS system uses the brake calipers to apply pressure to the spinning wheel and send power to the opposite side of the differential. This can evenly distribute the power to the rear or front axles under a variety of conditions.

If the car or truck is accelerating hard from a stop, the ETS will apply the brakes independently to prevent slipping. Even if the driver turns off the stability control, the brakes will manage the rear axle, so it performs like a limited-slip differential. If the vehicle is in snow or mud, it can control the traction with the brakes, so the differential acts like it is locked. The corrections are very fast pulsations of the brakes that are undetectable by the driver.

The same system is used to control torque steer on many Mercedes-Benz front-wheel-drive platforms. The ETS system needs the wheel bearing, wheel speed sensors and the foundation brake system to be in proper working order to function. This means that the pads and rotors must be able to produce enough friction to carry out the 4MATIC corrections. Issues with seized calipers can result in less-than-optimal corrections.

Later designs of the E-Class and S-Class 4MATIC systems got rid of the chain and power is transferred through a set of helical-cut gears. The planetary gears allow for disengagement of the front axle, which makes sense for fuel economy.

On later models, a double-disc clutch locks the torque between the front and rear axles. The clutch pack is permanently preloaded via a plate spring. In the case of spinning wheels on one of the two axles, friction torque is transmitted to the axle spinning more slowly by the relative movement of the discs. The transfer case needs the correct fluid for the clutches and planetary gears to work. The fluid in the transfer case is Mercedes-Benz-approved transmission fluid with the correct friction modifiers.

It takes many modules and sensors talking to each other to make the 4MATIC system work. Many problems and codes you will encounter related to a loss of communication between the modules. The main culprit is typically due to low voltage in modules caused by bad power and grounds and not the module itself.

The ECM, transmission, ABS, transfer case and steering modules are on the CAN bus. If one module is not working, it could mean the multiple modules are missing a critical piece of data.

Advertisement
In this article:Mercedes-Benz, Wheel Bearing 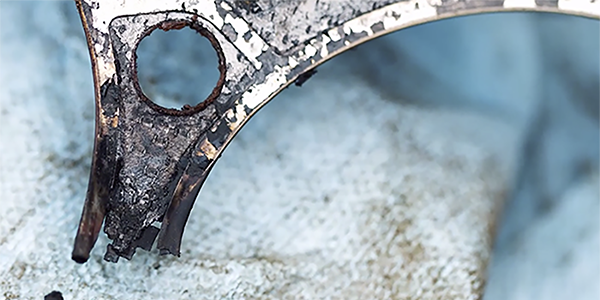