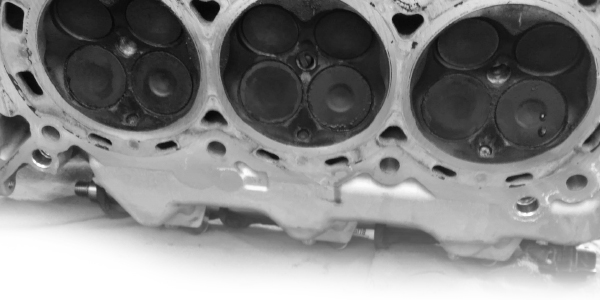 In the late 2000s, the majority of vehicles made the switch to throttle-by-wire and direct fuel injection was replacing port fuel injection for both domestic and import nameplate engines.

The early 2000s was the golden age of port fuel injection. Carbon deposit problems had gone the way of worn ignition points and V-belts. MTBE was still a legal additive in gasoline in most states and corn was used for food and not for E10 and E15 blends.

No one could have anticipated the role carbon deposits would play during the next decade.

In the late 2000s, the majority of vehicles made the switch to throttle-by-wire and direct fuel injection was replacing port fuel injection for both domestic and import nameplate engines.

These changes to the engines and fuels caused the carbon deposit problems to come out of retirement.

In a perfect world, burning a droplet of fuel or engine oil would turn it into carbon dioxide, water and a little bit of particulate matter. But engines running in the real world rarely have a perfect combustion cycle where the optimal fuel droplet size, temperature and flame front happen. If perfect combustion was possible, vehicles would not need a catalytic converter.

When conditions in the combustion chamber fall outside of the “Goldilocks zone,” carbon deposits can occur. While the most natural explanation is to say that carbon deposits are unburned fuel, it is only part of the equation. Just remember, carbon deposits can be formed by low and high temperatures inside and outside the cylinders.Carbon Causes

Over the past 15 years, piston ring and cylinder finishes have changed. These new designs and surfaces create less friction while still sealing against higher combustion chamber pressures.

But, some new engines have an issue with a higher volume of crankcase and blowby gases that contain vapors and oil.

To remove the oil from the gases, the PCV system has gone from a couple of hoses connecting the valve covers to the intake manifold, to much more.

A modern PCV system has to deal with a high volume of vapors and oil from blowby windage from the crankshaft. For better emissions and to reduce carbon deposits, many systems use what is called an oil separator that removes the oil from the vapors so it can drain back into the crankcase.

Throttle by wire has been standard for more than a decade. The majority of these systems use the throttle plate to manage the idle. On these engines, a lot of air passes through a small area. Depending on where the positive crankcase ventilation (PCV) system is fed into the intake, the throttle valve can also be exposed to oil and debris that can form carbon deposits.

Most throttle-by-wire systems have a Teflon or similar coating around the plate to prevent carbon buildup. Some cleaners can damage this surface and cause drivability issues. Also, some solvents can damage shaft bushings and remove dry lubricants. This can cause shaft play and vacuum leaks. Carburetor cleaner is designed for carburetors and should not be used to clean fuel-injection throttle bodies.

When carbon deposits form in the throttle body, it can cause a rough idle and erratic throttle response during initial throttle application. Other symptoms can include a higher than normal commanded throttle angle at idle that can be seen with a scan tool. On some vehicles, the excessive throttle position can cause a code to be set.

Direct injection has increased the number of occurrences where carbon builds up on the intake valves to the point where it impedes airflow into the combustion chamber. These types of carbon problems can have multiple causes.

The main cause of intake valve carbon deposits is fuel not hitting the back of the intake valves as in port fuel injected engines. Also, leaner mixtures and higher combustion pressures can make the problem worse over time due to increased valve temperatures.

When a hot-spot or sub-optimal flame front is created due to turbulent air, the amount of unburned fuel in the combustion chamber increases. When the valve opens during the intake stroke, it might come in contact with these byproducts, and, unlike those through the exhaust valve, the gases passing by are not hot enough to burn them off. With variable valve timing, the amount of time the intake valve spends inside the cylinder can increase due to longer camshaft duration. Increasing duration helps to create a scavenging effect that helps to draw more air into the cylinder.

The other cause of intake valve carbon deposits are gases and oil from the PCV system. Since engine oil does not burn the same as gasoline, they have a greater potential to cause carbon deposit accumulations on engine surfaces. On some four-cylinder vehicles, the vapors and oil may only affect one or two cylinders. If you suspect the PCV system has issues, you might want to pull the throttle body and inspect inside the intake manifold.

Some naturally aspirated engines found in everyday cars made recently can have a 12:1 compression ratio. In a modern engine, 12:1 can be achieved with pump gas and cast pistons, all while having very low emissions and an 100,000-mile emissions warranty.

Higher compression ratios typically mean higher combustion chamber temperatures and possible hot spots on the piston under certain conditions. The solution for most modern engines is to cool the piston with a squirt of oil. A small jet is placed at the bottom of the cylinder that corresponds with a hole in the piston that leads to oil passages. As the oil travels through the piston, it cools the piston and combustion chamber.

If the jet or passages in the piston becomes clogged, the piston can develop hot spots that create carbon deposits.

If the vehicle has direct injection, it might need induction service due to carbon deposits on the intake valves or throttle body. In a perfect world, the best solution would be to replace the head, but the reality is that this would be too expensive for most customers to stomach. There are many induction service tools and systems on the market. The best economical option is to do a chemical cleaning that injects a cleaner into the air intake system.

The recommended decarbonization methods for a vehicle can vary. While tool and brand types can be substituted in most cases, the dispense location for the cleaner should not vary if the OE specifies a vacuum port or intake location.

Be Careful With Turbochargers

First, if the cleaner is very flammable, the unburned cleaner will be burned in the exhaust turbine housing and cause excessive heat that can damage the turbo’s seals and turbine wheels.

Second, some cleaners can damage the seals on the intake/compressor side of the turbo and cause an oil leak.

Do not overwhelm the engine with the cleaner – too much can damage the engine’s cylinder walls by washing away too much of the oil. Also, too much cleaner injected too fast can cause higher than normal temperatures in the turbocharger or catalytic converter.

Advertisement
In this article:Carbon, engine

Why is Carbon An Issue Now?