Chrysler Transmission: The Case Of The Shiftless 48RE - 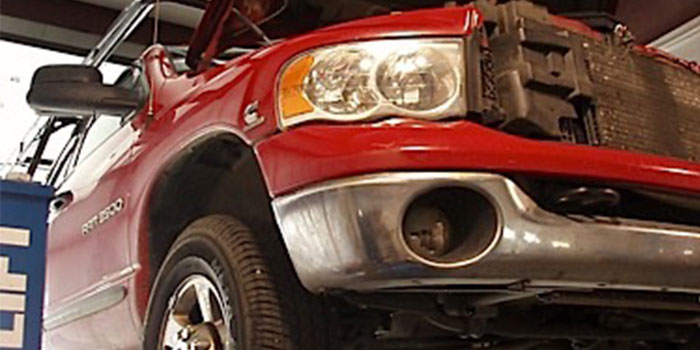 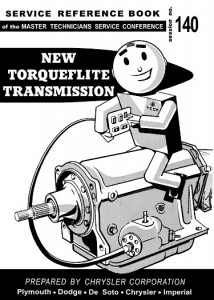 Automatic transmission repairs served me well until electronically controlled lock-up torque converters were introduced during the late 1980s. Up to that point, doing a bench rebuild on a Turbo Hydramatic (THM) 350, Torqueflite 727, or a Ford C6 was routine business at my general repair shop. But, I quickly discovered that due to the more expensive front pumps and torque converters, I couldn’t compete on retail price for rebuilding electronically controlled transmissions. So, I bowed out of bench rebuilding automatic transmissions and began specializing in drivability diagnostics.

As the 1990s merged into the 21st century, our area transmission shop closed its doors, presumably due to the vast proliferation of cheaper remanufactured transmissions on the market. During that time, many general repair shops began to fall short when their installation of remanufactured transmissions didn’t solve  no-shifting or shifting quality complaints. For that reason, I got back into automatic transmission diagnostics­ — not because I was an expert, but because I became the last resort for many shop owners who found themselves trapped by an otherwise “unsolvable” electronic transmission shifting complaint.

I rarely get calls from our local transmission rebuilder because they are very well-equipped to diagnose modern electronic automatic transmissions. Transmission diagnostics differ from drivability diagnostics in the sense that diagnostic databases supplied by various automatic transmission rebuilder associations and parts suppliers normally consist of reprogramming and mechanical updates designed to correct pattern-failure shift and reliability complaints.  Consequently, much of their service information tends to remedy well-known pattern failures.  Many transmission shops do have transmission-related technical hotlines provided by manufacturers, but here again, they’re dealing with guided test procedures that have little to do with what I call the “ground-up” diagnostic routines common to drivability diagnostics. So, when my local rebuilder does get lost in the weeds on a wiring or electronics problem, I usually get the call.

This Diagnostic Dilemma concerns a 2005 Dodge 3500 SLT truck equipped with the 5.9L turbocharged, VIN “C” Cummins diesel engine and its Chrysler 48RE automatic transmission with three forward speeds and overdrive. The truck originally came into the shop with a broken band, which is a common and very cut-and-dried failure on a high-mileage 48RE transmission. The band and other friction lining was replaced and the valve body was cleaned. And, since the 3500 SLT had 240,000 miles on the odometer, the failure-prone electronic governor was replaced as well. Unfortunately, after the rebuilt transmission was installed and road-tested, the 48RE failed to shift out of first gear.

On the technical side, the transmission tech determined that no voltage was being supplied to the overdrive, torque converter clutch, or governor solenoids and electronics. The technician then traced through the wiring harness and decided that the 48RE’s transmission power relay wasn’t being activated by the ECM. The tech could make the transmission operative by manually grounding the transmission relay pin 24 at the ECM. I’ll also mention that the tech was following an OE Chrysler schematic that clearly illustrated the color codes and pin connections of the 48RE electronics. These diagrams led the tech to believe that the ECM driver wasn’t grounding the ECM relay as it should. At this point, the tech logically decided to replace the ECM. Unfortunately, the ECM replacement didn’t make the 48RE shift through 1-2 and 2-3 gear ranges.

To follow a football analogy, I’m never called when the quarterback fumbles his first snap.   Instead, I get called to the rescue during the two-minute warning toward the end of the fourth quarter. Not that this was the case with my client shop, but too many shops are now getting much of their diagnostic information from various Internet sources intended more for the DIY enthusiast than the professional technician. While some of that information is good, much is very misleading and sometimes 180 degrees wrong. Long story short, I start from scratch on any diagnostic case just to make sure that nothing has been overlooked.

The ECM had indeed stored a P0882 code, which indicated a transmission power relay failure. Whatever the case, I had to prove to my client shop’s satisfaction that we did not have a wiring, relay or connector problem. So, during my first hour of diagnostics, we verified the wiring harness condition by load-testing and wiggle-testing between the transmission case connector and the ECM. The load test was conducted using roughly five amps of current flowing from the battery through an old headlamp. I then installed a relay tester so we could not only manually activate the relay and test available voltage to the transmission, but also test amperage flow through the newly installed relay.

Since I’d never diagnosed a 48RE, a little homework was in order. Judging from its physical appearance and service information, the 48RE resembled an electronic version of Chrysler’s fabled Torqueflite 727. Of particular importance, the mechanically operated 727 transmission is a three-speed unit that, in brief, uses oil pressure from a mechanical governor to upshift the transmission through the 1-2 and 2-3 gear changes. To downshift the 727 transmission at WOT, a “throttle-valve” or “TV” rod mechanically connects the carburetor throttle linkage to the throttle valve assembly located in the transmission valve body. At part-throttle, the TV rod modulates shift quality and the speed at which the transmission engages second and third gears.

Fast-forwarding to the 48RE, an overdrive gear ratio controlled by an ECM-actuated solenoid has been added to the three forward speeds of the old 727 transmission. In addition, an electronic governor replaces the old mechanical governor. But more important, the 48RE’s 1-2 and 2-3 shift points are modulated by a mechanical throttle valve that is controlled by a reversible electric motor. In effect, the electronic governor sends an electronic speed signal to the ECM. The throttle position, which is monitored by the ECM, commands the reversible motor to mechanically modulate the quality and shift points of the 1-2 and 2-3 shifts, much the same as the mechanical TV rod did on the old mechanical 727 Torqueflites. At the appropriate engine load and road speed, the ECM commands overdrive by grounding the overdrive solenoid.  Armed with this very basic theory of operation, I returned the next day to diagnose the “Case of the Shiftless 48RE.”

THE 48RE ROAD TEST

So, a thorough road test was in order. With the tech driving, I placed my scan tool on “movie” record and off we went. Although the transmission remained in first gear at all speeds, I observed through my scan tool data that the 1-2 and 2-3 shifts were actually being commanded by the ECM. Given the facts uncovered during my “homework,” I now knew what the 48RE’s problem was.

Let’s go back to the beginning of this diagnosis. During my first day of attempting to diagnose something as unfamiliar as a Chrysler 48RE automatic transmission, I had to spend some time doing my homework on basic operating principles. The most important concept was that the 48RE’s three forward speeds are controlled by a mechanical shift valve that is actuated by a reversible electric motor. This explained why I was observing the ECM commanding the 1-2 and 2-3 shifts on my scan tool even as the transmission mechanically remained in first gear. Bearing in mind that this phenomenon could happen only in an automatic transmission configured like the 48RE, the shifting protocol was indeed taking place, but the 1-2 shift valve was stuck in place. After disassembling the valve body, the transmission tech discovered that he had actually installed the 1-2 shift valve backward.

Ok, so how did we originally get a P0882 transmission relay code set in the ECM’s diagnostic memory? My educated guess is that the P0882 was set when the wiring harness or relay was, at some point, disconnected with the ignition “on” during the initial diagnostic testing. The next question is, why were we led to believe that the ECM wasn’t commanding the 48RE transmission relay on? Obviously, my scan tool could easily command the relay on/off through bidirectional controls. But, let’s go back to the original P0882 diagnostic procedure.

To paraphrase the code-enabling criteria: The transmission relay operation is continuously monitored with the ignition on. What the test procedure doesn’t say is that the ECM must receive a signal from the crankshaft position (CKP) sensor before it can activate the 48RE transmission relay. This tidbit of information answers the question of why the relay wouldn’t activate, key-on, engine off. As a result, the transmission tech might have inadvertently been fooled by what he thought was perfect service information that, in fact, was much less than perfect.

I don’t have anything against OE service information; I use it all the time. Keeping in mind that many transmission relays are activated key-on, engine off, it continues to befuddle me as to why a critical input like the CKP sensor was left out of this version of Chrysler’s transmission relay diagnostic procedure. In any case, this technical omission led us for a short while into what I call the “Diagnostic Weed Patch.” I guess that’s just par for the course when you’re dealing with a Diagnostic Dilemma.