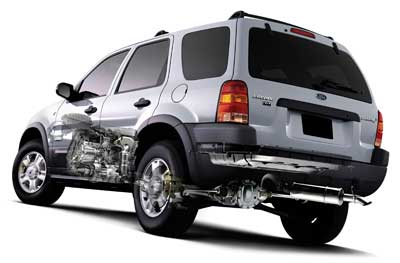 A hybrid vehicle is a different animal than many of us are used to seeing. After all, if the engine of a typical vehicle stalled out at a traffic light, the driver of that vehicle would know something was wrong with it. If that same vehicle still drove with the engine off, then that would mean they were probably going down hill. But in the hybrid world, that is all normal. Systems around the vehicle are impacted by two key features:

The control side of a hybrid brake system contains differences when compared to its conventional cousins in order to accommodate these conditions. 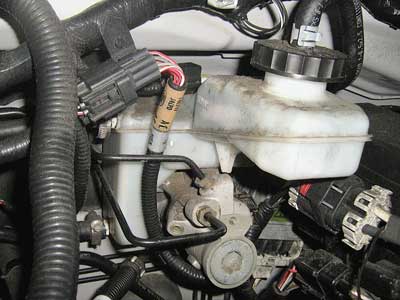 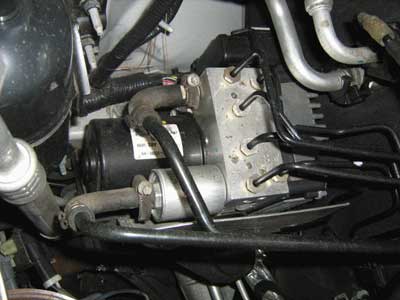 The brake system of a hybrid may have multiple components to perform regenerative braking and pedal simulation.

We all heard this one in science class: “Energy cannot be created or destroyed. It can only be transformed from one form to another.” In the case of conventional friction brakes, energy of motion (kinetic energy) is being transformed into heat energy, via friction, and then dissipated into the air.

A hybrid vehicle recharges its high voltage battery through the use of regenerative braking. With regenerative braking, instead of just wasting that energy by releasing it into the air, the vehicle takes it and places it in a box in the back of the car to save it as stored energy. Later, that stored energy will be converted back into kinetic energy and poured back into the operation of the car.

Regenerative braking is the hybrid’s first choice for braking. So, basically, on a hybrid vehicle, the brake pedal acts more as an interface for the ABS module than as a request for braking. The brake pedal and ABS module pressure sensors “tell” the modules of the hybrid system that a request for braking has been made and how much braking is desired – the driver’s pedal efforts are calculated by the modules in order to produce the correct pedal feel and stopping power. The modules that control the hybrid system then apply regenerative braking via the traction motor inside the transmission, as needed. More regenerative braking increases the amount of electrical charge generated for the hybrid battery at the same time it produces more drag to slow down the vehicle. Of course, at a stop or near stop, the friction is applied to stop the vehicle from rolling. Some hybrid systems apply the hydraulic brakes at lower speeds.

During many light-braking events, the rear friction brakes will be lightly applied and the front may not be applied at all until the vehicle is at a stop or near stop. For this reason, it is normal for a hybrid to wear the rear brake pads two and three times faster than the front pads.

On most hybrids, the pressure generated for the calipers is not, under normal conditions, the direct result of the driver’s foot pedal efforts. The pedal-generated pressure is used to stimulate a pressure sensor in the system that makes up the brake request. Normally, the fluid pressure for the wheel hydraulics is generated by the pump and/or accumulator in the ABS hydraulic control unit (HCU) or a stroke simulator and is regulated by the teamed efforts of the ABS and the PCM’s logic.

In the event that the ABS HCU can’t function well enough to build pressure, the driver’s pedal pressure will directly provide the hydraulic pressure for the calipers. There are valves inside the HCU that allow direct passage from the pedal feel simulator, through the HCU and to the wheels. This is called “manual mode.” In manual mode, there will be no boost so the driver will have a very hard/stiff brake pedal. The driver will need so much braking effort in this situation that it may prompt them to tow the vehicle for fear of having no ability to stop at all. Complaints of “no brakes” or “barely stops” is the often how customers will describe a brake ­system that has entered manual mode (fail-safe mode). 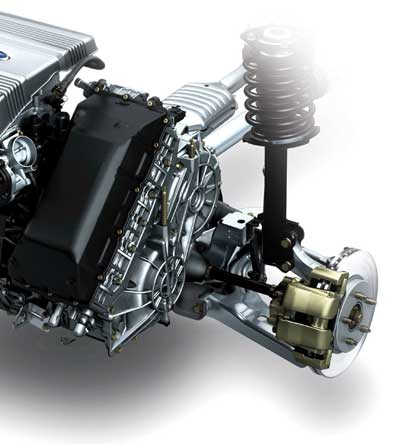 Replacement of friction material is the same for a hybrid as it is with a conventional system, however, the ABS module will test the brake hydraulic system’s integrity by pressurizing it during key-off events – such as when the door is open or whenever the dome light is activated – and again when the key is switched on.

The Toyota Prius has unique requirements for the brake system. On 2001-’04 models, the hydraulic brakes are not used until the vehicle is below 7 mph or if the vehicle has to make a hard stop. 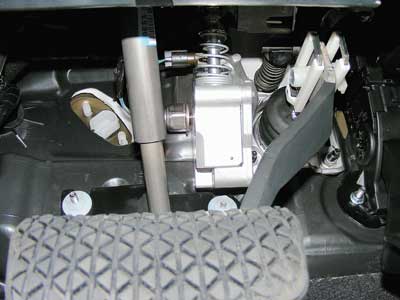 This is the brake pedal of a Ford Escape Hybrid. It is designed to simulate normal brake feel while the system is performing regenerative braking. Under normal conditions, none of the pressure ­generated by stroking the pedal goes to the calipers. It is also designed to operate as a normal brake pedal as a “fail safe” if there is a problem with the system or if a panic stop is detected. Most hybrid brake pedals will include sensors that measure brake pedal pressure, stroke length and speed of the brake application. The hybrid system will blend this information to decide the most efficient action of the brakes, engine and transmission.