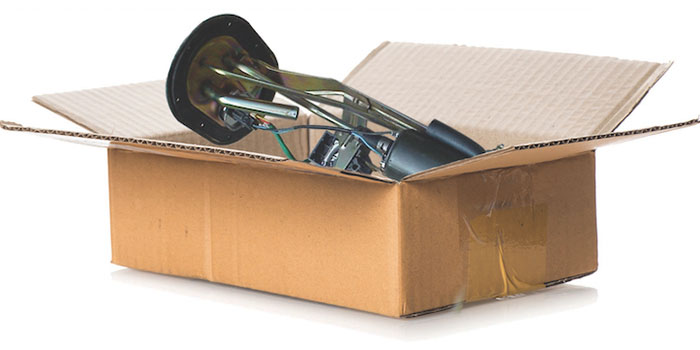 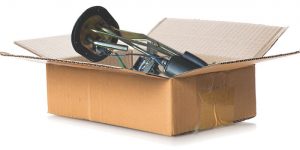 The same aroma of fuel that gets our adrenaline pumping at the local race track gives us a distinctly different feeling when we smell it at the front counter. Most customers don’t bring a used fuel pump to your counter unless there is a problem. That problem may result from confusing multiple vehicle options, incorrect or careless cataloging, misdiagnosis, or occasionally, an actual manufacturing defect! One manufacturer estimates that 50 percent of all alleged defective returns on fuel pump modules have no actual defect, while 75 percent of those warranty pumps that are actually inoperative have suffered from exposure to outside factors such as vehicle wiring issues and fuel system contamination. After ruling out neglect, abuse, misapplication, or cataloging errors, the parts specialist is left with two possible conclusions: incorrect diagnosis or manufacturer defect.

Unfortunately, testing an alleged defective fuel pump requires a level of technical expertise and equipment beyond the scope of most DIYers, parts store personnel and even some less-equipped technicians. Accurate diagnosis and testing of electric fuel pumps has been an ongoing industry concern for decades, and the current generation of pulse-width modulated (PWM) fuel pumps can make diagnosis even more difficult for those who aren’t familiar with their unique operation.

The fuel pump found in a typical return-type fuel system operates at a 100 percent duty cycle. With the key on and the engine running, so is the fuel pump. Regardless of fuel demand, the pump spins at a constant rate, cycling fuel through the system. The returnless system features a PWM fuel pump, which can be described as an “on-demand” or “variable-speed” design. Depending on the engine’s fuel demands, computerized controls vary the duty cycle of the fuel pump to match the estimated need.

This rapid on-and-off switching of the pump (which occurs at a frequency in the thousands of cycles per second) can be viewed on a common digital voltmeter, but the on-screen display will show the average of the actual voltage as it pulses between zero volts (off) and 12 volts (on). At 50 percent duty cycle, this may only appear as 6 volts. Many technicians would read this as low voltage, and condemn the pump as defective, when in reality the pump may be performing as intended at a lower duty cycle. Using a multimeter with duty cycle and frequency scales can give the technician a better view of these rapid changes in voltage, but for truly effective fuel module testing, a bi-directional scan tool is required. A scan tool also is the only way of measuring fuel rail pressure on many of the newest fuel system designs, since there are no service ports and fuel pressure is monitored electronically by the PCM.

Prior to returnless systems, it was common for a defective fuel pump relay or damaged wiring harness to cause a fuel pump to appear weak or inoperative. These days, the fuel pump control module (which controls the switching function to the fuel pump itself) is the source of many a “defective” fuel pump claim. Many of us are already familiar with the corrosion problems that plague Ford’s fuel pump driver module, but similar issues exist with some late-model GM trucks. Both manufacturers locate the FPCM under the cargo box, where it exposed to corrosion and water intrusion. Failure of the FPCM results in an inoperative fuel pump, and a potential misdiagnosis. While the Ford FPCM is a “plug-and-play” replacement, GM requires their FPCM to be programmed after installation. This programming requires specialized tools and software that, like the advanced scan tools required to diagnose PWM pumps, are not readily available to the DIYer or casual installer.

At the counter, we are often obliged to defer to the diagnosis of the customer, especially when that customer is a professional technician and valued account. This can be exceptionally frustrating when we suspect that repeated fuel system-related failures are the result of misdiagnosis rather than an actual manufacturer’s defect. To help reduce these false claims, it is in our best interest to not only keep up to date on these technologies, but be prepared to share this information with our customers, too!