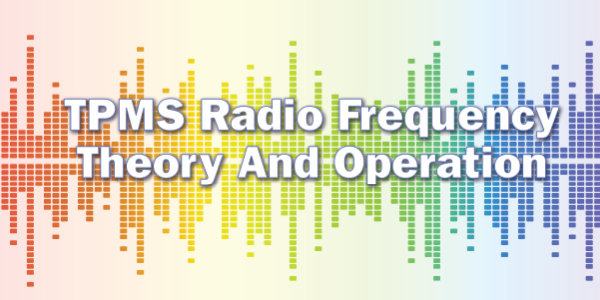 A typical wheel-mounted TPMS sensor will transmit data about tire pressure and temperature. Newer, tire-mounted models can also gauge acceleration and, in some cases, the direction that the wheel is spinning.

What information is contained in a TPMS signal?

A typical wheel-mounted TPMS sensor will transmit data about tire pressure and temperature. Newer, tire-mounted models can also gauge acceleration and, in some cases, the direction that the wheel is spinning. Some systems display tire pressure by location on the instrument panel, but most do not. Some systems will also transmit battery life information. The sensor also transmits the sensor’s ID number with the pressure and temperature information. The vehicle knows the ID number, and it is associated with the sensor’s location on the vehicle. The learning of the position and ID of the sensor takes place during the relearn or reprogramming procedure.

Are TPMS sensors able to report on the status of their battery life?

This depends on the TPMS sensor. There are some models that can send a signal to indicate reduced battery voltage if it goes beyond a specified limit, but not all sensors send such a signal. For instance, cold temperatures can cause a temporary voltage reduction that only corrects itself once the tires warm up.

But a report on a sensor’s battery life might not be necessary anyway because these batteries have shown to have a reasonably long shelf life. Road hazards and environmental decay are much more significant factors in sensor life than battery depletion, which underscores the need for proper service of TPMS sensors. Be sure to replace the wear items – the valve core, assembling nut, seal and dust cap – when necessary.

Some TPMS tools can measure the strength of the signal coming from the sensor to gauge the life of the battery.

What signals from inside the shop can interfere with TPMS signals?

Direct TPMS uses radio signal technology and is prone to interference. The majority of TPMS sensors are activated with a low-frequency signal (125 kHz) coming from a TPMS tool. This radio signal varies from vehicle to vehicle (some require more power than others) and forces the sensor to transmit. This signal excites the antenna coil in the sensor.

The TPMS sensors then transmit information and communicate via a UHF signal (314.9-433.92 MHz). Anything transmitting in this range, or anything that would block a radio signal should be avoided or moved. But interference isn’t too common, overall, and requires the interference source to be within close range and remain constant for a period.

Just be aware that if there is interference, especially inside the shop, moving the vehicle outside (or even sometimes another foot or two if the caliper is causing the interference) is usually enough to clear things up.

How often is a sensor transmitting information?

This varies among manufacturers, but generally, sensors have different settings while parked and while in motion. The better question is what causes the sensor to transmit? When a sudden change in pressure is detected, the sensor should transmit whether the sensor is stationary or moving. When the tire starts to roll, tiny accelerometers cause the sensor to wake up and start broadcasting at regular intervals. In rolling mode, sensors transmit, on average, once every 30-120 seconds. While parked or in stationary mode, depending on the manufacturer, sensors may transmit only when a significant pressure change is detected.

If a TPMS sensor transmitted all the time, a sensor would not last very long.  Most TPMS sensors will transmit when movement is detected through a simple accelerometer inside. If the wheel stops moving, the sensor will stop broadcasting after a programmed amount of time. But once it is triggered, the sensor transmits on a predetermined interval set by the manufacturer. A sensor will immediately send a signal if it detects a sudden loss in pressure. A sensor never receives radio signals during regular operation. The only time a sensor receives a signal is when a TPMS tool activates the sensor by emitting an electromagnetic pulse.

What happens if a signal from a sensor is not received?

The TPMS system will not turn the light on if a single transmission is not received. It takes multiple missed signals. The system knows that a lost or garbled transmission might be an external issue like a sensor on another vehicle transmitting at the same time or interference from the sensor being behind a brake caliper. It is like a misfire monitor, it only sets a code if the problem reaches a specific threshold.

Advertisement
In this article:Radio Frequency