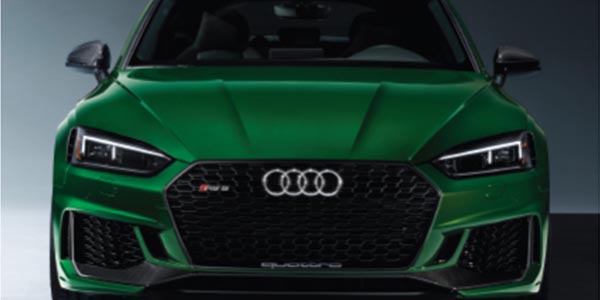 Audi first equipped some models with stop/start systems as a standard feature in 2013.

Stop/start systems are here to stay. As much as some people complain about them, others really don’t mind them, and even like the improvement in fuel economy. Audi first equipped some models with stop/start systems as a standard feature in 2013.

Just by looking at the starter, alternator or transmission, it is difficult to determine if an Audi is equipped with stop/start technology. The two indications would be a larger battery and the word “READY” on the tachometer between 1,000 and zero rpm.

Stop/start technology is not just a single technology. The ability to stop and start an engine quickly is a convergence of several automotive technologies. The first enabler is more computing power and connectivity in the cabin and under the hood. The second enabler is direct injection with its ability to inject fuel directly into the combustion chamber. The third enabler is better power management systems that can manage loads and the battery.

You may think that the most important enabler would be the starter motor. But the only difference you might see between an Audi stop/start starter and a conventional one might be the gear. The reason why the system is able to restart the engine quickly is the assist it gets from the direct injection system working together with the ignition system. When the engine stops, some of the cylinders are positioned with the piston traveling downward on the power stroke. When the driver lifts her foot from the brake pedal, a small amount of fuel is injected and ignited, which pushes the piston down and turns the crank.

The real engineering comes into play when the engine is turned off. The cooling system for the engine and turbocharger is still circulating coolant. The HVAC system is monitoring the conditions inside of the cabin and making the call if the engine needs to be turned on to power the A/C compressor. Other changes have been made to the transmission so it does not slam into gear when the driver pulls away. Also, the ABS modulator is used to hold the car so it does not roll when the driver moves her foot from the brake pedal.

The engine cannot automatically be switched off unless the following conditions apply:

• The minimum engine temperature has been reached. Unless this is the case, the system does not switch off the engine to avoid interrupting the warm-up and to ensure cabin heating is available as quickly as possible.

• The defrost function is deactivated.

• The driver is wearing a seat belt.

• The driver door and the hood must be closed.

• The diesel particulate filter (DPF) must not be in the regeneration process.

• The difference between target and actual interior temperature must not be more than 53ºF.

• On vehicles with automatic transmissions, the brake pedal must be pressed and held as long as the start/stop function is active.

• A gear must not be selected (manual transmission only).

• The clutch must not be pressed (manual transmission only).

In the following situations, the engine is not automatically switched on:

• The vehicle is electronically connected to a trailer.

• The system was manually deactivated by the button on the center console.

• The clutch pedal is depressed.

• A gear is selected (manual transmission only).

• The brake pedal is not pressed hard enough.

• The desired interior temperature has not yet been reached.

• The charge level of the battery is too low.

• The windshield is being defrosted.

• The incline is too great.

• The battery has not been adapted with a scan tool or, after an adaptation process, it is still in the process of calculating the charging curve. This process takes about 10 start cycles.

In the following situations, the engine starts automatically without driver involvement (without pressing the clutch pedal):

• The vehicle rolls with a switched-off engine and reaches a speed of 2 mph.

• The gear selector lever is in reverse.

• The coolant temperature drops or rises too much.

• The vacuum in the brake booster has dropped, leading to reduced braking assistance.

• The charge level of the battery is below a certain level.

• Too many electrical devices are switched on.

• The windshield is being defrosted.

Requirements for the engine to be started deliberately by the driver after being turned off:

• The clutch pedal must be pressed.

• On vehicles with an automatic gearbox, the brakes have been released (without Auto Hold function).

• The start/stop button is pressed.

When performing maintenance, make sure the engine oil matches Audi’s specification due to the heat soak that can happen when the engine is turned off. If the battery needs replacement, make sure the group number matches and the new battery meets or exceeds the reserve capacity of the original.

Advertisement
In this article:audi, engine, Start/Stop

Diagnostic Strategies For Stop/Start Systems
Advertisement
Connect with us