Brake NVH: What Is That Noise? - 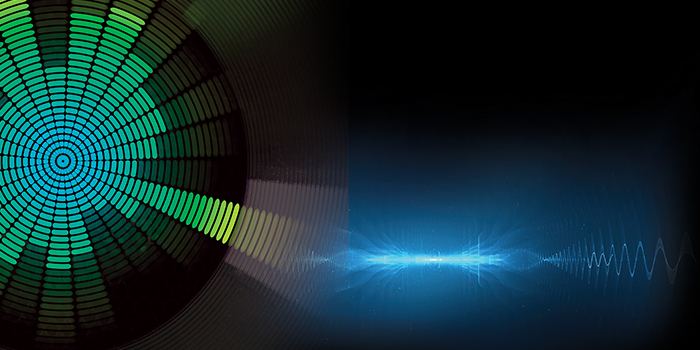 Know that all brakes make noise. When the friction material makes contact with the rotor, the coupling causes the brake pad and rotor to oscillate and vibrate. The components are locked as a combined system that will vibrate at its natural frequency, called “force-coupled excitation.” The driver hears this excitation as noise.

The amount of excitation and the frequency generated can be influenced by variations in brake torque, or changes in the coefficient of friction across the rotor’s face. As the components heat up, the rotor may develop hot spots that cause different regions of friction that produce inconsistent levels of brake torque. This friction coupling is where most brake noise is generated.

Just like a diagnostic flow chart, you can assess a brake noise complaint and the braking components to find a resolution. With the right combination of diagnostic knowledge and quality parts, the resolution can be productive and profitable.

What makes one friction material quieter than another?

The backing plate also plays a role in brake pad noise. The more consistent the brake torque, the less excitation and noise. If a backing plate is flexing under the mechanical forces of the caliper, the friction footprint on the rotor changes as the driver modulates hydraulic pressure. Brake pad manufacturers can either add thickness to the backing plate or change the attachment methods so that the holes for rivets or integral molding voids are minimized.

Following the OEM lead, some aftermarket brake pad manufacturers will tune the shape of their pads to suit older vehicles and the characteristics of their friction material blend.

Many technicians are quick to condemn the brake pads in a noise issue, when in actuality the source of the noise is the rotor. Most technicians blame the pads instead of the rotor because they believe that the rotor remains unchanged under heat and extreme force. This is not true.

As the mechanical forces of braking act on the rotor, the rotor can actually move and flex. While not visible to the naked eye, this movement can cause excitation and noise.

A badly designed aftermarket rotor with a poor fin and hat design may not be able to control this dynamic movement. Resulting increased sensitivity to high levels of flex and torsion can be caused by thinner outer discs, overall cheek and hat section geometric ratios, and a rotor cooling fin that doesn’t meet the OEM’s design.

These compromises in design change the friction coupling’s ability to generate brake torque, which then causes the rotor to contribute to higher levels of vibrational excitation.

A brake rotor’s noise signature extends below the surface and goes deeper into the microscopic realm of metallurgical and material properties. Aftermarket rotors that don’t have the same mass or metallurgical content as the OE rotors may have less inherent damping qualities to minimize dynamic instabilities. If the cooling fin pattern is too spread out, heat may be concentrated at certain points on, and in, the rotor. This can change the coefficient of friction at certain temperatures and can lead to high DTV, run-out and noise.

Poor rotor finish can also lead to noise. At the service bay level, a huge variable is always the quality of the surface finish of a rotor. A rotor finish that deviates from OE design, which was intended to match the recommended friction pad, is a major consideration.

The smoothness of the friction surface of a rotor is described in terms of micro-finish or a roughness average (Ra) factor. Most lathes out there, when in good condition and used properly, will yield very acceptable Ra factors.

The caliper supplies the mechanical force that creates the friction coupling. The caliper’s ability to keep a consistent “friction footprint” between a pad and the rotor face under different levels of mechanical force will determine how well it is able to control noise.

Caliper rigidity is important here. If a caliper flexes, there is no possible way to keep the brake pad in consistent contact with the rotor. In the case of a single- or dual-piston floating caliper, the caliper must be rigid at the bridge and the caliper fingers.

A caliper must also have the ability to absorb and dampen vibration, which requires extra mass. A heavier brake caliper can better dampen vibration. But like all automotive engineering and design problems, only so much weight can be put at a corner of a vehicle before it starts to affect unsprung weight. In some cases, engineers will shift mass to certain areas of the caliper, like the fingers and bridge.

If a component mounted to the caliper has too much freedom of movement, it will vibrate and create noise. If a component has a tight fit, chances are it will vibrate and even excite other components around it. This effect is compounded even further when it can influence the friction coupling, like a stuck brake pad. This is why slides, guides and clips need to allow movement, but not too much play.

Many clips will lose tension over time, and when the spring tension is lost, so is the ability to isolate and dampen vibration. Corrosion is another enemy of the floating caliper. Corrosion on the slides and guide pins can destroy surfaces.

When a vehicle ends up in a service bay for brake work, it could be far out of OE specifications. Through normal wear and the replacement of different components, the brake system’s natural noise tolerances could be severely out of whack.

In some ways, the technician’s job is to restore and even re-engineer the brake system back into compliance. To accomplish this, one of the best tools is a brake pad shim or insulator. These items are the best preventive medicine for high frequency brake noise.

Brake shims are not intended for adjusting the spacing or distance between the friction material and the rotor. Shims provide multifunction noise control as a component attached to the brake pad backing plate at the exact location where force-coupled excitation is generated and transferred. A quality brake shim can prevent excessive, unruly brake noise during the entire life of the brake job and will not dry out or be displaced over time like some lubricants.

High-quality brake shims are frequency- and temperature-engineered, multi-layered products that use varying grades of metal, visco-elastic polymers/bonding materials, elastomeric rubbers and fiberglass. High-quality brake shims usually start with a high-quality metal plate. The shim manufacturer will select a grade of steel with the right hardness, thickness and damping properties.

The elastomeric rubbers are applied to the steel in a controlled process that ensures the correct depth. These materials are then vulcanized to the metal to ensure that they will endure the harsh environment of the braking system. Engineers tune these layers to provide the best noise qualities for the specific brake system noise signature.

Brake shims control noise in three ways. First, they prevent and reduce the transmission and amplitude of vibrational forces that cause excitation of the caliper, pad assembly and attached structures. This is accomplished by the visco-elastic damping material inherent within the construction of the shim and the method of bonding to the pad assembly.

Second, shims can add mass to the brake pad that dampens vibrations and oscillations in pads and calipers. They reduce reaction forces transmitted back into the brake piston using elastomer interface coatings on their surface.

Lubricants don’t dampen forces by adding extra mass like a brake shim; they cannot fill in pitting on brake slides; they do not insulate against vibration; and they are only effective for some frequencies.

But using the right lubricants on brake systems can work wonders. Staying power is what special-purpose brake lubricants have over other lubricants. What you are looking for is a specially formulated, high-temperature brake grease that can withstand the heat and also not harm rubber seals or plastic bushings.

Petroleum-based lubricants should never be used for brake assembly work because mineral oils can cause seals to swell and fail. Never use ordinary chassis grease on brake caliper sleeves and bushings. Chances are that within 500 to 1,000 miles the chassis grease will break down and form a gooey mess that will cause the caliper to seize.