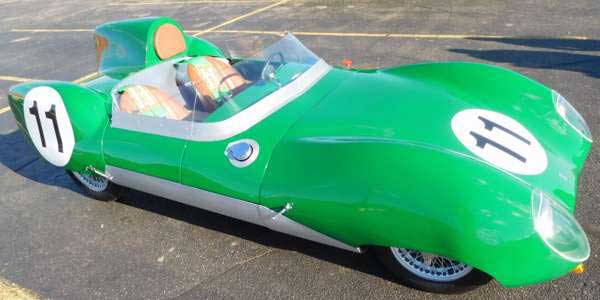 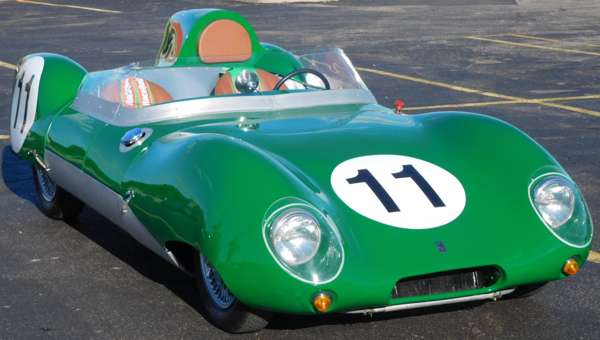 A kid leaving the Burger King in Waupaca, Wisc., asked Robert Heiner if he was driving “Speed Racer.” Heiner’s bright green car was definitely speedy and racy looking. It is not the kind of car that people are used to seeing at the Wednesday evening cruise nights held weekly at the fast food restaurant. The Westfield Lotus 11 replica definitely stood out from the 1966 Mustang, 1965 Pontiac GTO, 1951 Chevy and 1967 Pontiac that also came to the cruise.

“The car is actually registered as a 1982 model,” Heiner explained. “But it’s a replica of a 1958 Lotus II. Westfield bought the rights to this design from race car builder Colin Chapman.” Heiner said that an original aluminum-bodied Lotus 11 would be worth about $450,000. “But this one, not so much,” he admitted.

Westfield used the same jig-welded frame that the original Lotus 11 had. “It was part of the Westfield kit,” Heiner noted. “But, the Westfield body was fiberglass and a lot of different power trains were used with the kits.” 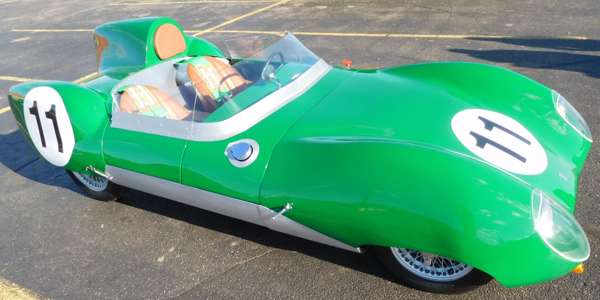 Heiner’s car has a 1275cc MG Midget engine with side-draft Weber carburetors, headers, a dual point distributor and a four-speed transmission. He figures the modified engine puts out 90-100 hp, which is pretty good for a Midget mill. Although the Midget engine is small, it can move the 900-lb. car along at a pretty good clip. “It’s like driving a real small Porsche,” Heiner told Speedville.

Heiner found the car on CentralClassiccars.com. “The woman who owned the car found it on Bring-A-Trailer.com,” Heiner said. “The car is going to need a new transmission. I’ll drive it with this transmission until the end of the summer and I’m lining up a new Sprite/Midget transmission to install after that.” 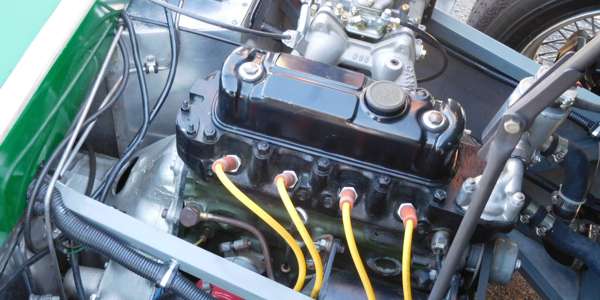 Heiner grew up in New Holstein, WI, not far from the Road America racing course at Elkhart Lake. “When I was young, I saw them running the real Lotus 11s there,” said Heiner. “I always thought it was a cool little car.”

According to Heiner, Lotus 11 kits are still being offered. “They are building about 10 at a time and they now come with everything except the drive train. They cost around $32,000. The kit comes with all the suspension pieces and a regular wiring harness that’s made for it instead of an MG Midget harness. 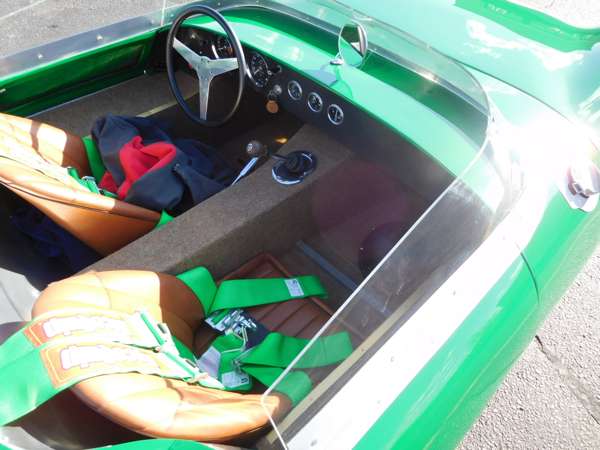 Heiner paid a lot less for his older Westfield Lotus 11 because it is less refined and also had a few issues. Heiner got all problems except the gearbox sorted out. He’s going to replace the four-speed with a rebuilt five-speed next winter. In the interim, he’s going to play with the car the way it is. He said it will be a regular at the Burger King cruise nights, too. “It’s small; it’s not a whopper,” he noted. “But it’s cool.”