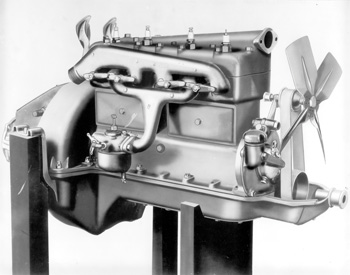 While the concept of the internal combustion (IC) engine hasn’t varied much since Henry Ford’s Model T began running off the assembly line in 1908, technical improvements during the past 100 years have made engines extremely advanced.
Of course, we can’t list all of the improvements to the IC engine in this column, but the following is a short historical perspective and timeline of some of the advances made internally to modern-day engines.

It would be interesting to hear what Nicolaus Otto, credited as the father of the first functional four-stroke IC engine, would say after seeing some of the advanced powerplants dropped into vehicles today.

1908: Since most of the engine technology seen by automotive technicians comes from mass-produced vehicles, we will begin with the Model T, which operated from a 2.9L front-mounted, inline four-cylinder engine that delivered 20 hp for a top speed of about 40-45 mph.

To read the rest of this article from Underhood Service magazine, click here:  http://bit.ly/fOwjlL