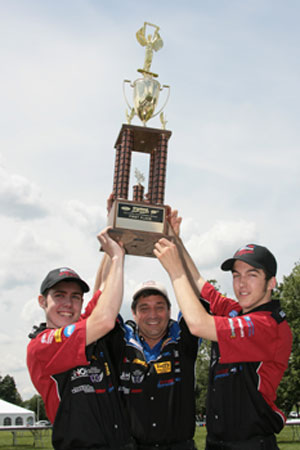 In addition to thousands of dollars in scholarships, the winning duo earned the unique opportunity to “job shadow” the Roush Fenway Racing No. 6 AAA Ford Fusion team for a week at their race shop in Concord, NC, and serve as honorary members of the pit crew at the July 12 Sprint Cup Series race at Chicagoland Speedway.

Logging hundreds of hours in preparation with their instructor, Carl Hader, the pair proved ready to battle their technology-savvy peers from schools in the 49 other states.

The contest gives the “best of the best” an opportunity to showcase their knowledge and capabilities by resolving the same types of automotive challenges they would encounter in the real world.

As an incentive to students to pursue automotive careers, Ford and AAA awarded $7 million in scholarships at this year’s state and national competitions—a $1 million increase over 2007. 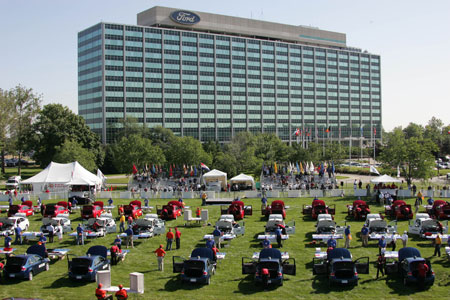 “All 100 finalists proved their expertise, which should develop even more as they continue their education and embark on careers, perhaps in automotive technology. They are the future of the automotive industry, and the skilled technicians who will keep America’s vehicles safe and properly operating.”

The top-10 teams in the Auto Skills contest received general education scholarships valued from $2,500 to $400 from Ford Motor Co. and AAA. Some of the leading automotive technology institutions in the country, including Lincoln College of Technology, University of Northwestern Ohio, Universal Technical Institute, Ohio Technical College, Nashville Auto-Diesel School and Baran Institute of Technology, also provided full and partial scholarships.

The scholarships awarded at the state and national level will help many of these young competitors hone their skill and expertise and embark on careers in the automotive industry as well as other fields,” said John Nielsen, AAA Approved Auto Repair and Auto Buying Network director.

The 50, two-person teams that gathered this morning on the front lawn of Ford World Headquarters had triumphed over more than 8,000 auto tech students who entered the competition last fall at high schools across the country.

Following an online exam, the highest-scorers advanced to their states’ hands-on competition, then onto Dearborn, where the 100 finalists sat for another written exam worth 40 percent of their overall score.

The hands-on contest, valued at 60 percent of their total score, began at 9:15 a.m. with the announcement, “Start your engines, if you can.” After racing to their assigned cars, the competitors had 90 minutes to accurately diagnose and correctly repair the deliberate “bugs” placed in the Ford Focuses – two engine performance problems, six malfunctions in the electrical system, and a problem with the air conditioning system.

“The Auto Skills sponsors offer these contestants and other talented young people unparalleled opportunities to enter a range of automotive professions, including Ford’s dealer network.”

Eleven Ford-certified Master Technicians from Ford dealerships across the country competed in the Ford Ultimate Master Technician challenge, a similar hands-on contest which ran concurrently with the Auto Skills competition, to win more than $50,000 in cash and prizes. 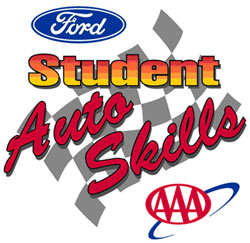 The top-10 teams in the 2008 Ford/AAA Student Auto Skills Competition were: